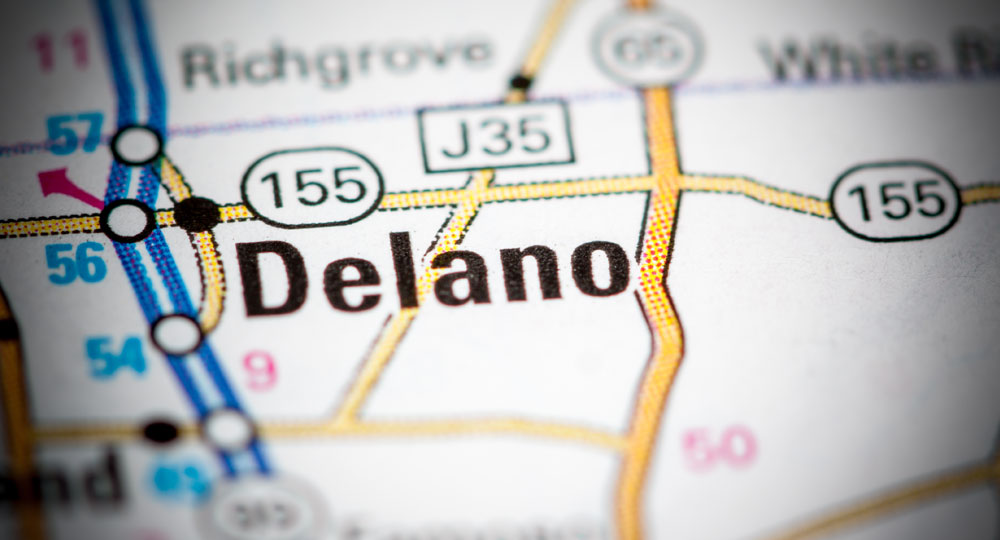 A Valley city known as a birthplace of the farmworker rights movement has declared itself a sanctuary city, even as Delano’s leaders conceded the stance against immigration enforcement is largely symbolic.
The Delano City Council voted Monday night to approve a resolution declaring the Kern County town of 53,000 a place where undocumented immigrants would be protected from deportation or prosecution, despite federal immigration law.


In 1965, a strike against grape growers in Delano lasted for five years and gave birth to the powerful United Farm Workers union.
The vote was 4-1, with Mayor Joe Aguirre the only dissenter, Bakersfield television station KGET reported.
Livingston, in Merced County, is the only other Central Valley community to designate itself a sanctuary city. It did so in 2017.

Roughly three-quarters of Delano’s population is Hispanic. In 1965, a strike against grape growers in Delano expanded into a five-year boycott and gave birth to the powerful United Farm Workers union.
In 2018, a statewide law went into effect that essentially makes California a sanctuary state by limiting how much local law enforcement can cooperate with federal authorities to enforce immigration law.
Robert Nevarez, Delano’s police chief, told KGET his officers don’t participate in operations run by federal Immigrations and Customs Enforcement, or ICE.

Aguirre said he voted against the sanctuary city resolution because he didn’t want residents to think they now were protected from ICE.
“The reality of it is ICE can come to Delano any time they want and enforce the law,” he told the TV station. “They’re the federal government.”
Aguirre also brought up the concern expressed by many critics of the sanctuary city designation — that it potentially jeopardizes federal funds to the community.
Monday’s vote marked the second time the city council considered the resolution, which was developed by councilman Brian Osorio. At its meeting in July, with one member absent, the  council defeated the resolution with 2-2 vote. Members, however, agreed to put it on the August meeting agenda and consider it again.