LOS ANGELES — “The Lion King” rode its circle of life into a second weekend atop the box office and “Once Upon A Time … In Hollywood,” while not quite doing fairytale numbers, gave director Quentin Tarantino his biggest opening ever.

“In our fan survey, over 40% of the audience went to see the movie because of the director. That’s incredible. Sony did a great job of putting that cast and certainly Tarantino at the front of the marketing.” — Paul Dergarabedian, senior media analyst, Comscore

Disney’s photorealistic remake of the Hamlet-themed tale of Mufasa, Simba and Nala, featuring the voices of Donald Glover and Beyoncé, brought in $75 million in North America, according to studio estimates Sunday. Its domestic total of $350 million makes it the year’s fourth highest-grossing film after just 10 days of release.

“Once Upon A Time … In Hollywood” finished a distant second with $40 million in its opening weekend for Sony, but it bested the 2009 opening of Tarantino’s “Inglourious Basterds” by $2 some million and made a strong showing for an R-rated, nearly-three-hour film that was not a sequel or remake and was aimed solely at adults.

The film with Leonardo DiCaprio, Brad Pitt and Margot Robbie as denizens of a 1969 Los Angeles where old Hollywood was fading and the Manson family was rising was more star-powered than Tarantino’s previous eight movies, though the director himself was as big a draw as anyone.

“In our fan survey, over 40% of the audience went to see the movie because of the director,” said Paul Dergarabedian, senior media analyst for Comscore. “That’s incredible. You almost never see that. Sony did a great job of putting that cast and certainly Tarantino at the front of the marketing. That collective star power just paid huge dividends.”

It’s also the sort of film that’s unlikely to experience a major drop-off in the coming weeks, and its long legs could walk it into awards season given Hollywood’s persistent love for movies about itself.

But with all of that, the film’s opening take was still nearly doubled by “The Lion King” and its broad appeal.

“‘Lion King’ has appealed to everyone, that’s a second-weekend gross that would be the envy of most films on their opening weekend,” Dergarabedian said.

The two-week take is also a sign that audiences are not yet feeling fatigue for Disney’s live-action remakes in a year that has already seen “Dumbo” and “Aladdin.”

“The idea that remake burnout would be in effect for ‘The Lion King’ has not proven true,” Dergarabedian said. “Some brands are inoculated from that kind of negative speculation.”

That’s even more good news for the ever-dominant Disney, with a live-action “Mulan” slated for early next year and more remakes in the planning stages.

The rest of the box office top 10 remained essentially unchanged from a week earlier. Sony’s “Spider-Man: Far From Home” was third with $12.2 million in its fourth weekend and has earned a cumulative $344 million, “Toy Story 4” was fourth with $9.8 million, and “Crawl” fifth with $4 million.

“The Lion King” could reign for a third week. With major summer releases slowing as fall approaches the only real competition it has opening next weekend is “Fast & Furious: Hobbs & Shaw.” 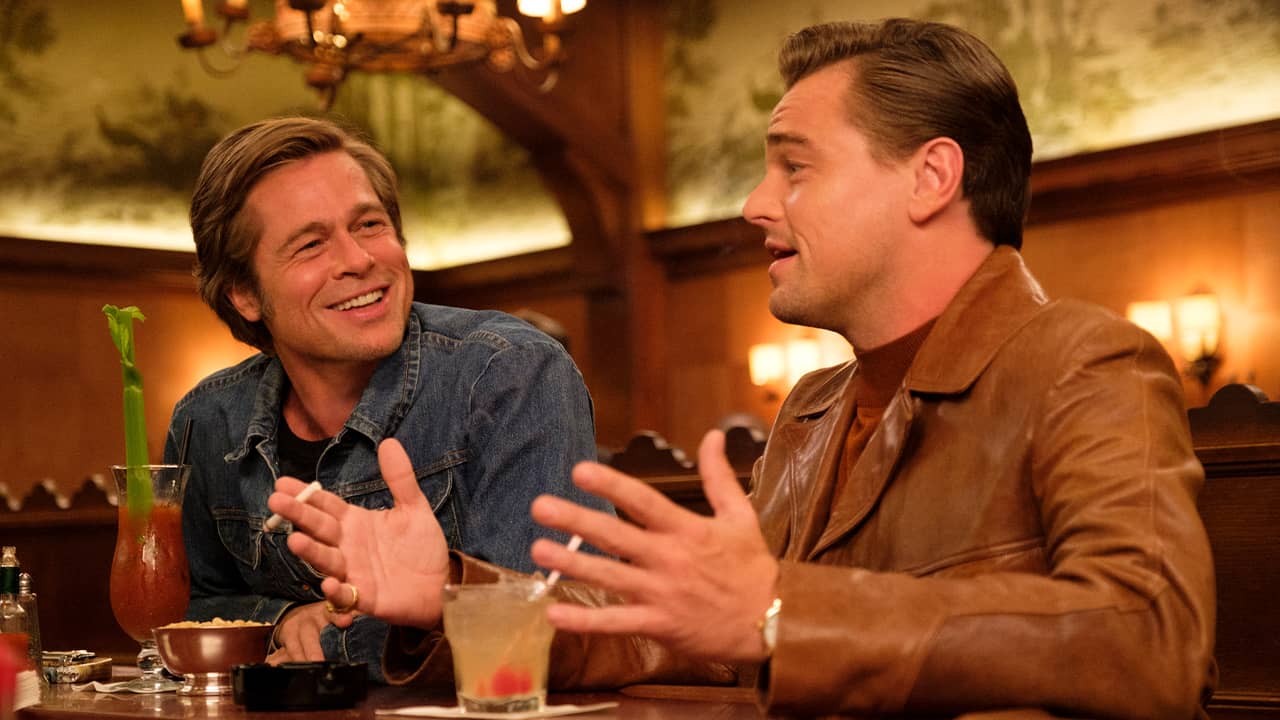 Brad Pitt, left, and Leonardo DiCaprio in director Quentin Tarantino’s “Once Upon a Time … In Hollywood.” (Andrew Cooper/Sony-Columbia Pictures via AP)

Estimated ticket sales for Friday through Sunday at international theaters (excluding the U.S. and Canada), according to Comscore: