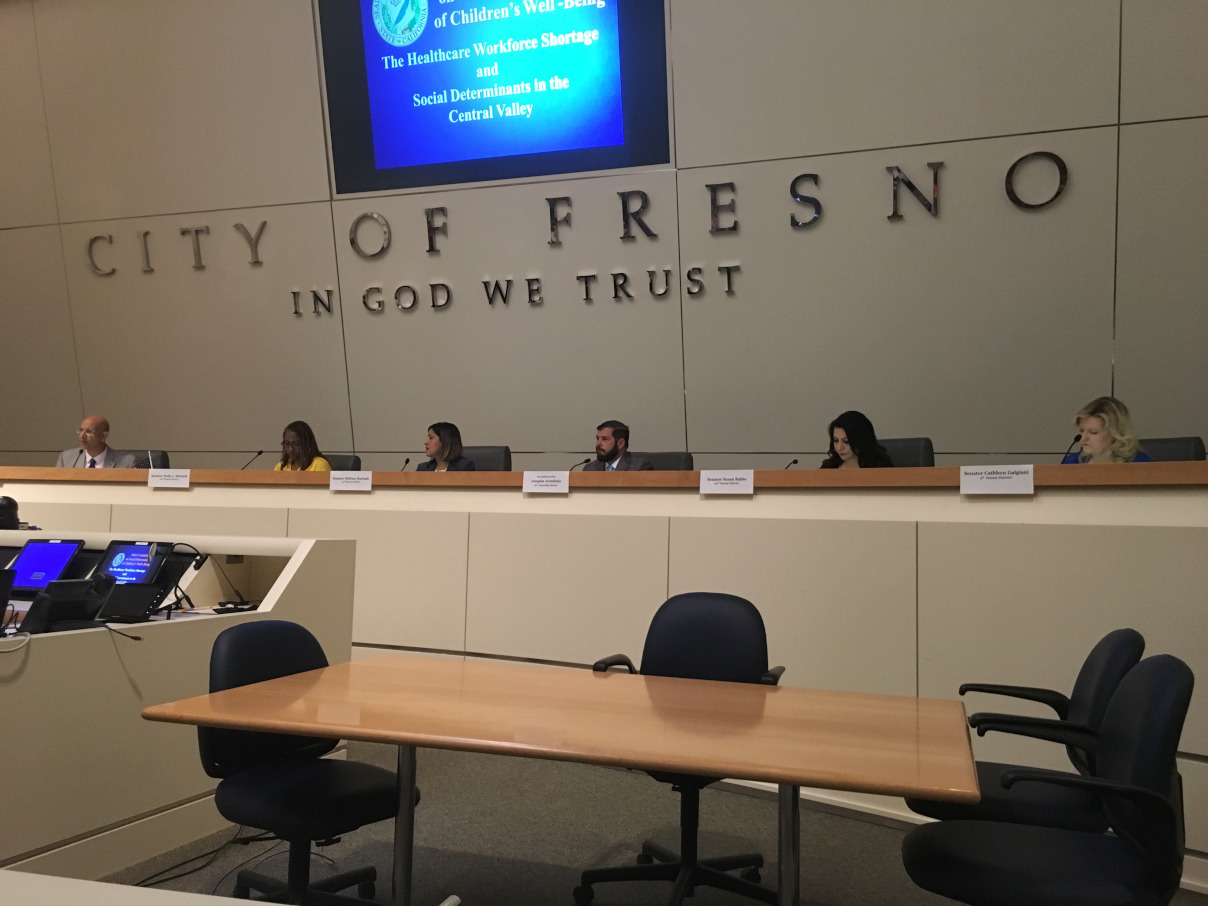 Last week, Gov. Gavin Newsom signed into a law a bill that will allow illegal immigrants between the ages of 19-25 to receive Medi-Cal benefits.
That will add an estimated 90,000 to the California health care rolls, at a cost of $98 million to taxpayers.
Where will the doctors come from to care for that 90,000? A state Senate committee pondered that question at a special meeting Monday in Fresno City Hall.
“It’s a challenge that we have and we have to address,” Sen. Melissa Hurtado (D-Sanger) said after the event. “I can’t say that I have an answer at the moment. But I think this is part of getting to an answer of how we are going to meet the needs, the demand of the communities.” 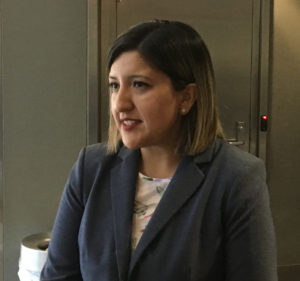 “It’s a challenge that we have and we have to address … I can’t say that I have an answer at the moment.” — Sen. Melissa Hurtado
The Senate Select committee on the Social Determinants of Children’s Well-Being heard from two panels in a three-hour session.
Sens. Holly Mitchell (D-Los Angeles), Hurtado, Susan Rubio (D-Baldwin Park), Cathleen Galgiani (D-Stockton) along with Assemblyman Joaquin Arambula (D-Fresno) and state Secretary of Health and Human Services Mark Ghaly listened to ideas from medical professionals.
Janet Coffman, a health policies professor at UC-San Francisco, noted there only are 45 primary care physicians per 100,000 in the Central Valley. The state average is 57. The only region with less  is the Inland Empire with 39.
Her recommendations included giving more authority to nurses, increasing funds for psychiatric programs, and targeting increases at UC medical schools.
Mitchell, the committee chairwoman, said she hopes some of the conversation can lead to solutions for health care access.
“The point of us being here today was to talk about making sure we have access across the state in an equitable way to health care providers,” Mitchell said. “We have to build capacity.”
Arambula says help is on the way.
“I have witnessed the shortage of primary care doctors and the challenges faced by underserved communities in areas like the Central Valley. I believe it is important to address the growing shortage of primary care doctors by providing concrete solutions,” Armabula said.
He noted the state budget included nearly $60 million to help medical students pay off student debt if they agree to provide care to California’s poorest patients.
“Providing a significant financial incentive should go a long way in helping to recruit doctors to our most underserved areas,” Arambula said.

The second panel discussed the well-being of children.
America Hernandez, social services coordinator for Kids in Need of Defense, noted the difficulties faced by immigrant children — especially those unaccompanied at the border. She said adapting to a new school while not being comfortable speaking English was one problem. Another was transportation. Immigration hearings are in San Francisco, Hernandez said, which presents difficulties for children and adults to get there.
Hernandez noted that most of the state funds for unaccompanied minors are spent in the Bay Area, and not in the Central Valley.

Hurtado said it was a learning experience to have the committee hearing in her home district.
“There’s a lot in common between the two districts that we represent,” Hurtado said of Mitchell. “There are shared challenges that we have.”
An audience in a nearly full city council chamber seemed glad to share their stories about health care.
“This is something that is very important to the district. Health care is very important to the region. It was extremely important to have this hearing here and hear from everybody that came out,” Hurtado said.

Note: The original story presented information from Janet Coffman relating to physicians per 10,000. It is per 100,000. I has now been corrected.
Related Topics:California Senatedoctor shortageHealth CareHolly Mitchellillegal immigrantsMedi-CalMelissa Hurtado
Up Next