The California Assembly has passed legislation to end a 34-year era during which non-bank lenders have been free to charge consumers unlimited interest rates on loans from $2,500 to $10,000. 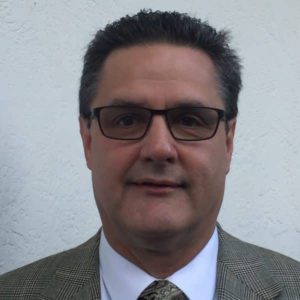 By setting a 36% annual rate cap on such loans, Assembly Bill 539 by Assembly Banking and Finance Committee Chairwoman Monique Limón, a Democrat from Santa Barbara, would provide Californians with protections against high-cost loans similar to safeguards now enjoyed by an estimated 232 million Americans.

With the Assembly moving in a more pro-consumer direction over the past year, the most intriguing unknown surrounding AB 539 is its ultimate fate in the Senate.

In 2018, the upper house killed every bill passed by the Assembly to crack down on predatory lending.

Now, the Senate stands as industry’s best hope to preserve a system that harms vulnerable consumers’ financial well-being as it transfers wealth to high-cost lenders, and private equity and venture capital firms that own and fund them. AB 539 is set for a June 19 hearing in the Senate Banking and Finance Committee.

It’s important to understand the nature of AB 539’s opposition.

It includes industry trade groups that have for decades dictated the Legislature’s anti-consumer actions on lending issues – organizations such as the California Financial Service Providers Association and the Online Lenders Alliance.

Rolling Back Landmark Protections for Consumers

These outfits represent lenders who trap borrowers in unaffordable loans, but don’t care because they charge such exorbitant rates they reap their profits before consumers suffer the financial harm caused by non-payment.

The groups’ counterparts that focus on federal lobbying have built a mutually profitable relationship with President Donald Trump. The Community Financial Services Association of America puts money in Trump’s pockets by holding its annual conference at his golf resort in Doral, Florida.

The Trump administration returns the favor by rolling back landmark protections for consumers against predatory lending previously adopted by the U.S. Consumer Financial Protection Bureau.

Then, there are organizations which give the opposition the appearance of advocating for communities most harmed by predatory lending.

The California NAACP opposes AB 539. Its president, Alice Huffman, has parroted the industry’s scaremongering about reduced access to credit. That’s an odd stance, since the national NAACP’s governing board in 2016 ratified a resolution that blasted high-cost loans and predatory lending for “robbing households of hard-earned wages and savings” in African American and Latino communities.

Then there’s the Habematolel Pomo of Upper Lake.

The Indian tribe runs an online lending operation comprised of four lenders and a lead generator. Sovereignty generally exempts the tribe from most state laws.

High-Cost Lenders Will Spare No Expense

But a 2016 California Supreme Court ruling subjects tribal lending operations to greater state regulatory scrutiny. The tribe opposes AB 539 unless it is amended to include sweeping exemption language that seems targeted, in part, at the court decision.

High-cost lenders will spare no expense, and hawk every variety of their snake oil, to maintain the predatory system that serves them so well. Hopefully, the Senate will not allow opponents to once again carry the day against the interests of California consumers.

For consumers’ sake, lawmakers should reject the amendment.

At a 2016 hearing of the Assembly Banking and Finance Committee, tribal Chairwoman Sherry Treppa said the tribe’s loans averaged $700 and had an average APR of 680%.

Such loans would violate California’s consumer lending law if the tribe’s operations were subject to the statute.

Like the trade groups, the tribe is allied with Trump in his administration’s assault on consumers. In the March 2017 edition of the tribal newsletter, “Arrow,” Treppa railed against what she called the CFPB’s “destructive and baseless rulemaking efforts surrounding short-term, small-dollar products.”

Less than a year later, in January 2018, Trump’s Consumer Financial Protection Bureau dropped an enforcement action alleging the tribe’s four lenders illegally tried to collect on triple-digit APR loans that were unlawful and void in at least 17 states. The complaint alleged that for an $800 loan, borrowers typically had to pay $3,320 over 10 months.

High-cost lenders will spare no expense, and hawk every variety of their snake oil, to maintain the predatory system that serves them so well. Hopefully, however, the Senate will not allow such a crowd of opponents to, once again, carry the day against the interests of California consumers.