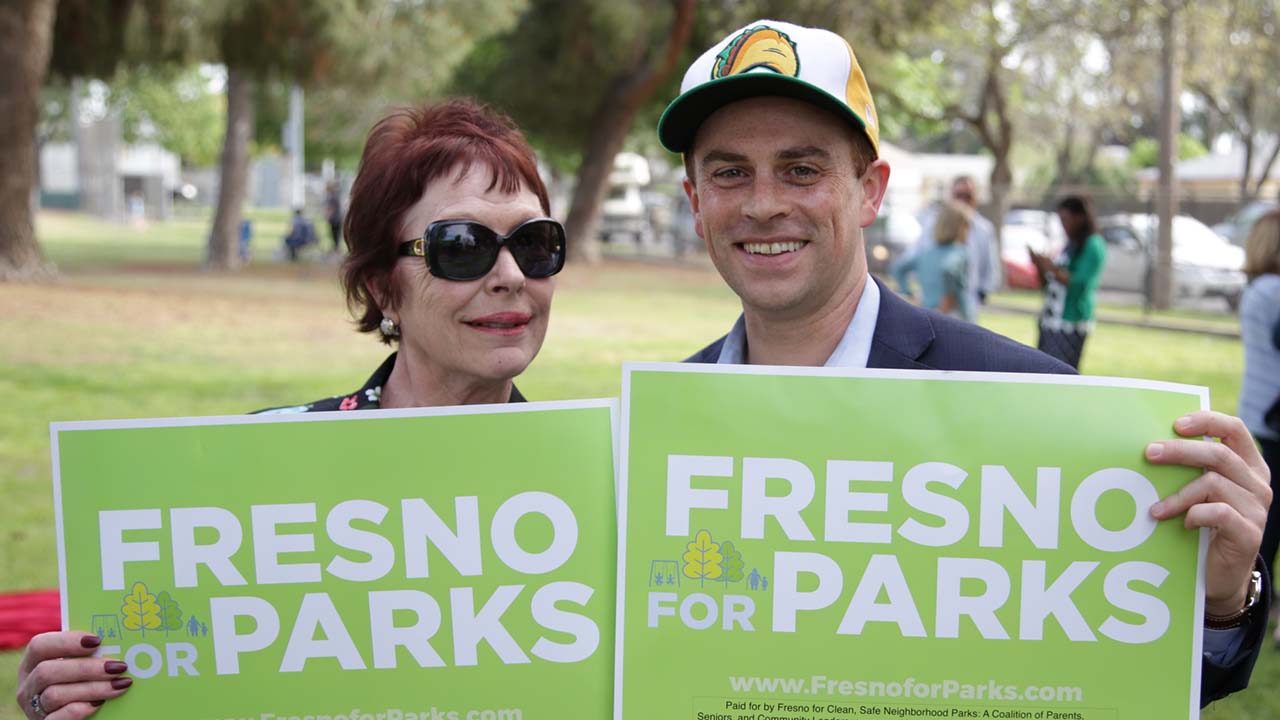 Former Mayor Ashley Swearengin is the foundation’s CEO. When she was mayor, Balch was her downtown revitalization manager from 2009-2014. At the same time Special Counsel Robert Mueller held his closely watched news conference, Sen. Lindsey Graham (R-South Carolina) met with about 100 or so at a fundraiser in Fresno.

The event, held at Harris Construction near Fresno-Yosemite International Airport, was closed to the media. A very nice gentleman told Politics 101 to scram.

Attendees, including Jerry Dyer — hours away from his own news conference announcing his mayoral run — said Graham hit the conservative high notes: immigration, President Trump, and taking back the House in 2020.

Former congressman David Valadao attended, but declined to say anything more than hello.

Jerry Dyer on his announcement running for mayor and @LindseyGrahamSC pic.twitter.com/SgBlmDwkze “We invited them to the district so they have first-hand working knowledge of the challenges that face, certainly, our community and ag industry here in the Central Valley,” Cox said.

“This is the breadbasket of America. As the appropriator, I’m really pleased to be able to work with Congressman Cox to look at what all the priorities are for his district and the ag sector,” Lee said.

She said she once brought a cow to a school to help battle the Bay Area perception of where food really comes from.

“We try to educate people about the nexus and the connection between urban and rural communities,” Lee said. Her goal is to create more unity between the two groups.

P.S.: As the photo above indicates, Cox, farmer Grant Parnagian (in the background) and yours truly all shop for our shirts at Costco.

Karbassi Not a Progressive PAC Member

Earlier this month, GV Wire reported Fresno City Council candidate Mike Karbassi was a member of the Central Valley Progressive PAC, based on the group’s information on its website.

Mike Rhodes, the PAC’s founder, says that information was a mistake.

While Karbassi did give a small donation to the group, it was not for a membership as Rhodes thought.

“I’m sorry for the confusion,” Rhodes said. “I wish he was a member, but given the demographics of the district, it doesn’t play well.”

Karbassi is one of six candidates for the vacant council seat representing northwest Fresno. The special election is Aug. 13.