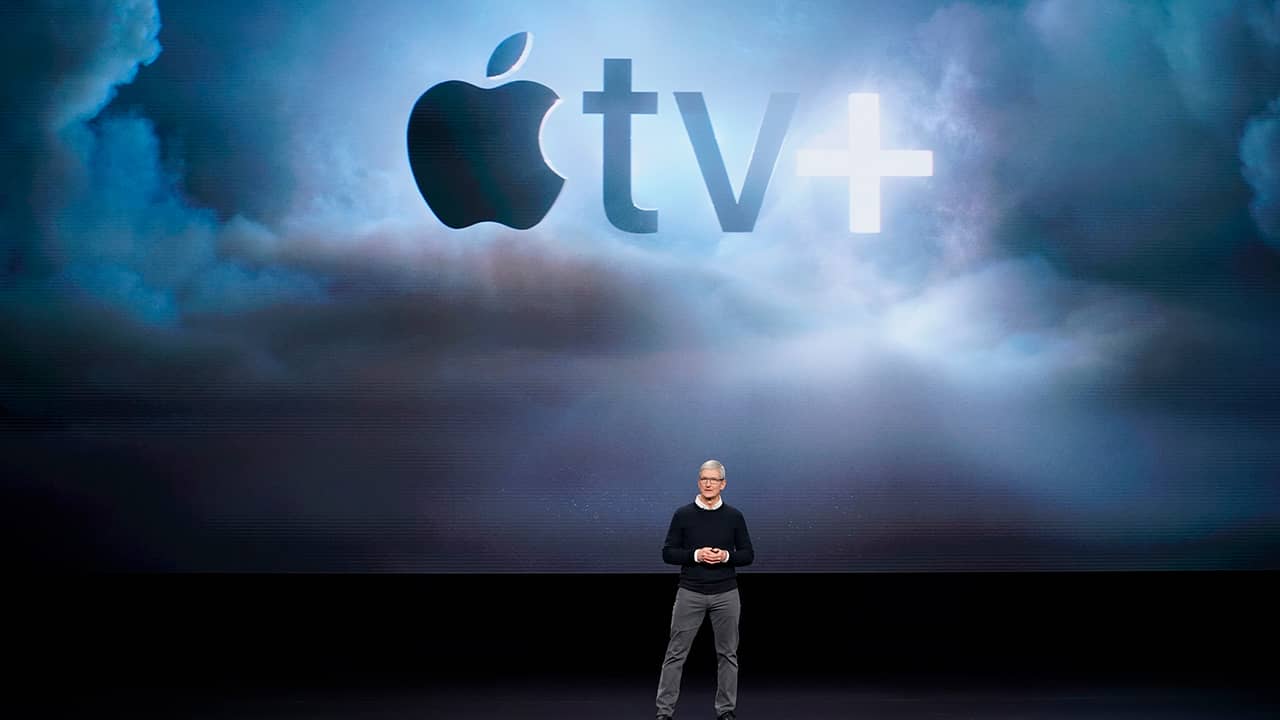 CUPERTINO — Apple announced a new streaming service, Apple TV Plus, which will house its original shows and movies and could compete with Netflix, Amazon and cable TV itself.

Apple is making the announcements at its Cupertino, California, headquarters, in a Monday event studded with celebrities including Steven Spielberg, Jennifer Anniston, Reese Witherspoon and Steve Carell. The iPhone has long been Apple’s marquee product and main money maker, but sales are starting to decline . The company is pushing digital subscriptions as it searches for new growth.

The company also laid out the details of its news subscription service, Apple News Plus, and a new credit card.

The news service costs $10 a month and includes roughly 300 magazines and a handful of major newspapers, including The Wall Street Journal and the Los Angeles Times. Missing from the announcement were other major newspaper publishers, who have reportedly been wary of Apple’s terms. Apple says advertisers won’t track readers inside the app. That distinguishes it from Facebook and Google, the other major online news hubs.

The company also said it is launching a MasterCard credit card called Apple Card. It will integrate Apple Maps to show users where they spend money, but at the same time, Apple says it won’t know where you spend or where.

It won’t have any late fees or annual fees and offer 2 percent cash back. Other cards also offer cash-back rewards.

But the biggest splash was its video service. Apple also noted Monday that its Apple TV app brings together different streaming services and traditional cable subscriptions.

Expected to Have Original TV Shows and Movies

Netflix, which didn’t show up during Apple’s presentation, turned “binge watching” into a worldwide phenomenon several years ago. Apple’s new video service is expected to have original TV shows and movies that reportedly cost it more than $1 billion — far less than Netflix and HBO spend every year.

Making must-have TV shows and movies that are watchable on any device has turned Netflix into a force in both Silicon Valley and Hollywood.

“Apple is very late to this game. Netflix has become the gold standard in how to create and distribute content, using all the data they have about their viewers.” — eMarketer analyst Paul Verna

But Apple remained focused on making on gadgets: iPhones, iPads, computers and its Apple TV streaming box for TVs. Apple co-founder Steve Jobs began toying with the idea of building a powerful TV business, but he couldn’t pull it off before his death in 2011. It has taken his successor, CEO Tim Cook, nearly eight years to draw up the script that the company will now try to execute.

“Apple is very late to this game,” eMarketer analyst Paul Verna said. “Netflix has become the gold standard in how to create and distribute content, using all the data they have about their viewers.”

Netflix’s prowess has attracted 139 million subscribers worldwide. But Apple will have several other deep-pocketed competitors fighting for consumers’ dollars. Amazon has also become a formidable force in video streaming. Walt Disney Co. is launching its own service this year, armed with an imposing library that became more formidable with its purchase of 21st Century Fox’s films and TV series. AT&T is debuting another streaming service built around HBO.

Apple has plenty of money to spend, though, with about $245 billion in cash and marketable securities. It must prove itself attractive to Hollywood even without a track record for supporting high-quality programming and then ensuring it gets widely seen.

As part of its efforts to make quick connections, Apple hired two longtime Sony television executives, Jamie Erlicht and Zack Van Amburg, in 2017. They have signed up stars such as Steven Spielberg, Ron Howard and Sofia Coppola, who spoke during a video Monday.