Celebration of McDonald's Life Is Thursday at Saroyan Theatre 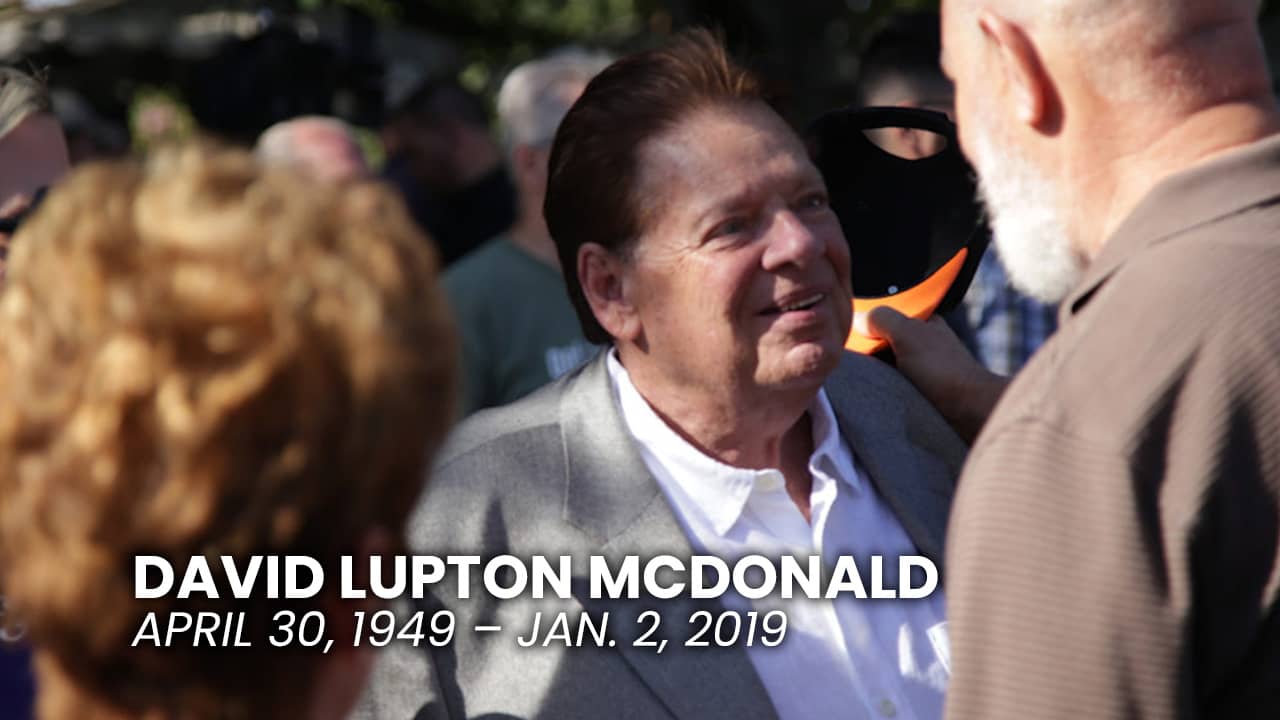 A celebration of the life of former Pelco leader and community philanthropist David McDonald will be held Thursday, Jan. 24, at 3:30 p.m. at the Saroyan Theatre in downtown Fresno.
Here is McDonald’s obituary provided by his family to GV Wire:

David Lupton McDonald was born April 30, 1949, in Winchester, Virginia, to the Rev. Carlyle and Tony McDonald, the second of their four children. He lived his early childhood years in Lexington, Virginia; Mooresville, North Carolina; and Charles Town, West Virginia, as his father, a Presbyterian minister, was called to serve different congregations in those cities. In his high school years, David played trombone in the marching band and was a standout on the tennis team.
David graduated from Jefferson High School in Charles Town, West Virginia, in 1967. Upon graduation, he attended St. Andrews College in Laurinburg, North Carolina, before embarking upon his professional life.

David began his business career in the textile industry, a vocation that would take him to South Carolina, North Carolina, Michigan, and Kansas. It was in Kansas that he started his first company. McDonald Enterprises manufactured women’s apparel, notably two clothing lines titled “Spice” and “I Am Woman.”


McDonald Enterprises manufactured women’s apparel, notably two clothing lines titled “Spice” and “I Am Woman.”
David then set his sights on a larger business venture and joined the Vendo Corp., which manufactured and distributed vending machines. He eventually became vice president. After a merger between the Vendo Corp. and the Fresno company Vendorlator, he relocated to California in the early 1980s.
In 1987, David set out to fulfill his dream of “building a company that was so amazing that people would form a line around the block to apply.” He wanted the company to have the freedom to “do the right thing” without interference and aptly named his investment group Freedom Acquisitions.

The Rise of Pelco

After 15 months of searching for the perfect manufacturing opportunity, he discovered Pelco Sales was available and, that summer, the new Pelco was born at the Jacquelyn Street location near Shaw Avenue and Highway 99 in Fresno.

Following the sale of Pelco in October 2007, David enjoyed his retirement years immensely.  He spent long hours laughing and reminiscing with family and friends at his Prather estate, Eaglecrest, aboard his yacht, Casino Royale, and at his vacation homes in Paradise Island, Bahamas; and La Jolla, California.  Everywhere he traveled, he always knew where to find the best hot dogs. David was generous to a fault and knew just what to say to get a laugh or make people feel appreciated, sometimes only with a look.
David is survived by his son, Blake, and daughter, Michelle; their mother, Renee McDonald of Kingsburg, California; grandchildren Aden and Coraline; brother Scott and his wife, Lori, of Sanibel, Florida; and sister, Vickie, of Conway, Arkansas.  David was preceded in death by both of his parents and his brother Bill.  Aside from family, David leaves behind many friends, associates, and former employees. He was eternally grateful for their support, trust, and friendship.

David was a true patriot, businessman, philanthropist, and believer in the American spirit and dream.  His great joy was supporting the many causes that touched his heart. These included Toys for Tots, the Fresno Chaffee Zoo, both Measure Z campaigns, the 9/11 California Memorial, Special Education Kids Day at Pelco, Miss Winkles Pet Adoption Center, and many more.
In lieu of flowers, the family requests tax-deductible donations be made in David’s memory to the Marine Toys for Tots Foundation by mailing a check payable to:  Marine Toys for Tots Foundation, Gift Processing Administrator, 18251 Quantico Gateway Drive, Triangle, Virginia  22172 or online at https://toysfortots.org/donate/forms/tribute.
David was of humble beginnings, but he was determined to leave this world a better place by virtue of his life and his contributions.  He will be greatly missed.