With over 100 bacon recipes at her disposal, it’s no wonder how Jodi Taffel earned the nickname “Bacon Babe.”

Her favorite is her “sweet, savory and addictive” praline bacon. For that treat, Taffel oven bakes bacon with a mix of sugar and pecans. 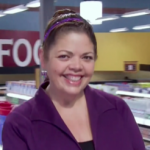 “I create recipes for people like us, who have 18 things going on at the same time.” — Jodi Taffel, a.k.a Bacon Babe

This weekend, Taffel will show Fresno area Walmart shoppers not only how to make some of her imaginative bacon snacks, but also how to create affordable, high-quality meals to take home.

“I create recipes for people like us, who have 18 things going on at the same time,” said Taffel, a part-time actress. “People are often surprised at how easy it is to take some of these Walmart products and make something amazingly delicious.”

Taffel said a lot of her dishes don’t require a knife or even a can opener, which make them “a good way to get the little ones in the kitchen and create masterpieces.”

“Most dishes I do are very affordable and very easy,” Taffel said. 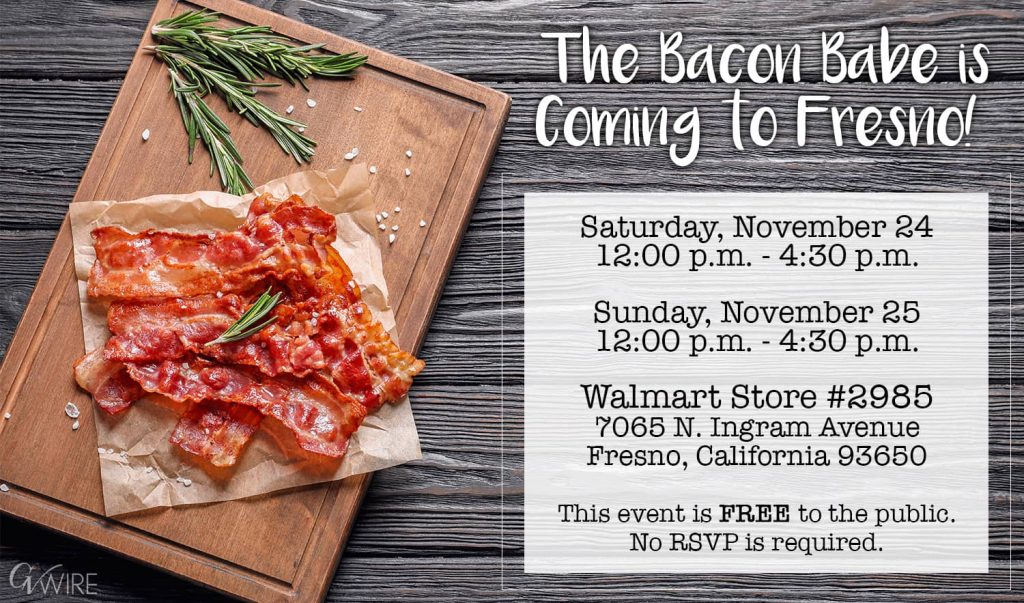 “Growing up we wanted to eat something other than Mac and Cheese so we taught ourselves to cook,” Taffel said.

Taffel gained further knowledge of the culinary industry while working as a bartender for a caterer in Los Angeles.

Taffel and the chef both shared a passion for foods. He soon became her mentor and taught her everything he knew about the craft.

“People are often surprised at how easy it is to take some of these Walmart products and make something amazingly delicious.” — Jodi Taffel

“I later found out that he was one of the top teachers in Le Cordon Bleu College of Culinary Arts in Los Angeles,” Taffel said. “I received an incredible culinary education from a friend and didn’t even realize what I was getting.”

Taffel started her professional cooking career in her mid-40s.

Taffel’s chef friend brings her in as a frequent guest in his classes to show students that “you can do anything you want at any age you want.”

“As a female actor in LA, you become invisible at a certain age,” Taffel said. “You can go into the kitchen [industry] anytime.”