UN: Death Toll From Saudi Airstrike in Yemen at 21 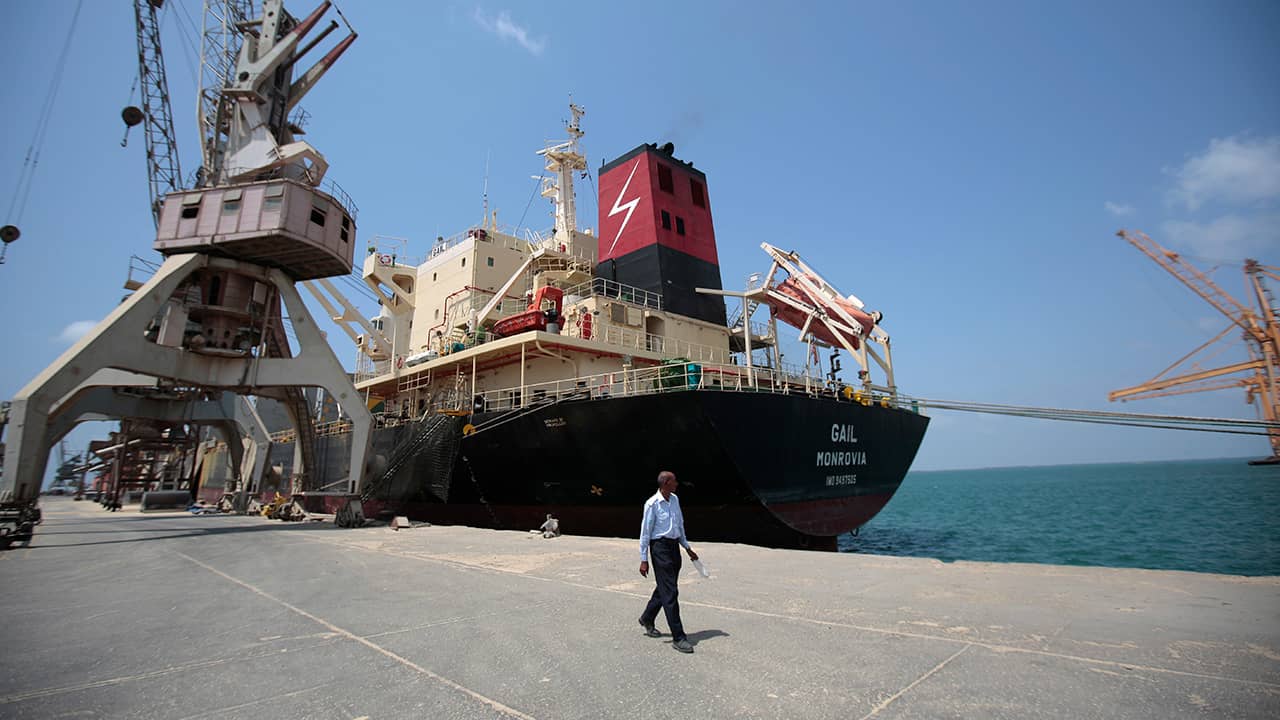 SANAA, Yemen — A Saudi-led coalition airstrike at a fruit-and-vegetable market near Yemen’s flashpoint Red Sea port of Hodeida killed at least 21 civilians, including children, the U.N. humanitarian aid agency said Thursday.
Wednesday’s attack came amid mounting fears of a fresh coalition assault on Hodeida — a city that has been the lifeline for international aid deliveries to Yemen, ravaged by a brutal 3 ½-year war between the Saudi-led alliance and Shite rebels known as Houthis.
The coalition has been trying to wrest Hodeida from the Iran-backed rebels but the campaign, like the rest of Yemen’s war, had fallen into a stalemate.
The airstrike, which hit a vegetable packaging facility in the outdoor market in the town of Bayt el-Faqih, just south of Hodeida, also wounded 10 people. Initial reports had five dead but the death toll steadily climbed overnight.
The director of the Bayt el-Faqih hospital, Abdullah Shahawi, said all the victims were civilians and that at least two children were among the dead.

Civilians Are Paying a Shocking Price

In the capital, Saana, the rebel-run Al Masirah TV reported a lower casualty figure, saying at least 20 people died and 10 were wounded. The different death tolls could not immediately be resolved.

Calling for the Suspension of Arms Sales

The growing number of civilian casualties in the war has prompted right groups to call for the suspension of the multibillion-dollar U.S. and European arms sales to Saudi Arabia, for decades among the world’s largest buyers of weapons.

The city’s port literally keeps millions of starving Yemenis alive, as it serves as entry point for 70 percent of food imports and international aid. A protracted siege of Hodeida by the coalition could cut off that lifeline.
Yemeni officials said Wednesday that reinforcements had arrived in tanks and armored vehicles provided by the United Arab Emirates, a key coalition member. All officials spoke on condition of anonymity because they were not authorized to talk to reporters.
The assault to retake rebel-held Hodeida first began in June, then paused in August as the U.N. envoy for Yemen tried to cobble together peace talks, the first in two years. That attempt fell apart, and the offensive resumed in mid-September. Hodeida fighting has already killed hundreds of civilians and forced hundreds of thousands to flee their homes.
Citing humanitarian partners, the U.N. humanitarian aid agency said more than 170 people were killed, at least 1,700 were injured and more than 570,000 people have been forced to flee their homes across Hodeida province since fighting escalated in June.
An estimated 10,000 people have been killed so far and the conflict has devastated Yemen and pushed it to the brink of famine. The war has also left around two-thirds of Yemen’s population of 27 million relying on aid, and over 8 million at risk of starvation.

2 Die After Falling From Overlook in Yosemite National Park