Fresno Council Says 'No' to Utility Hikes, For Now 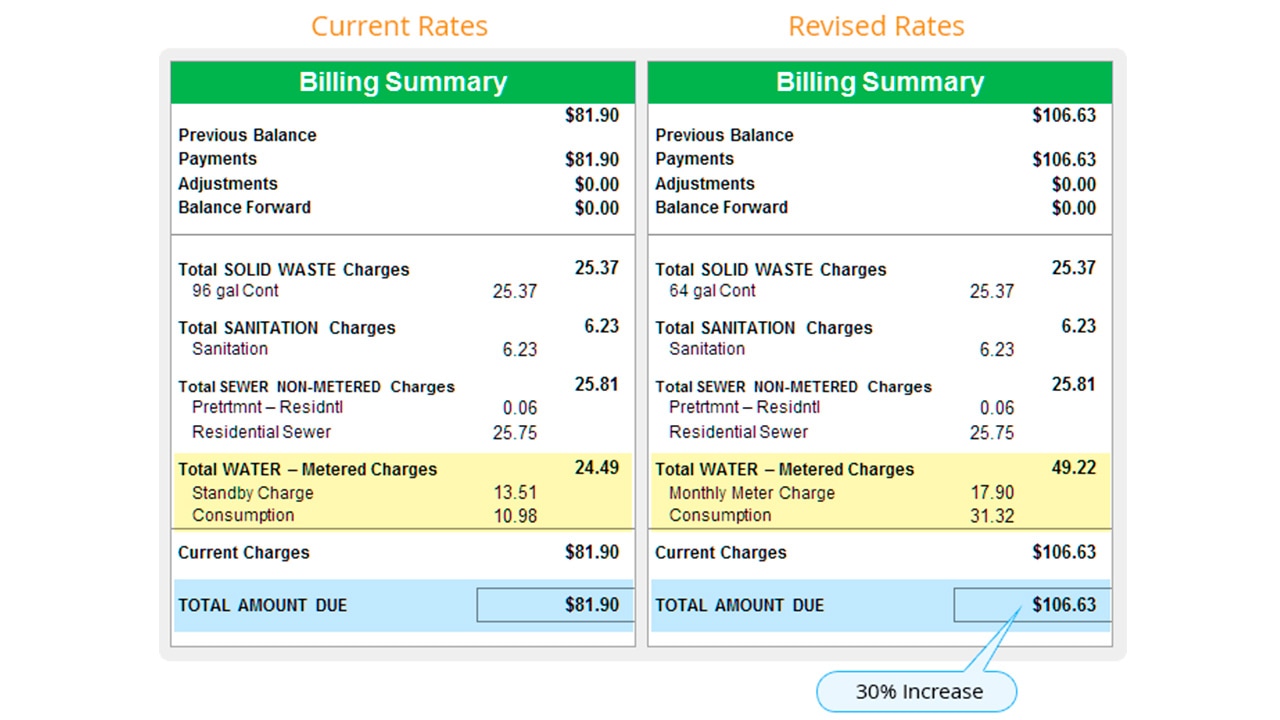 Any rate hikes for Fresno utility customers will wait.
The Fresno City Council rejected starting a process Thursday that would raise the bill for water, sewer and trash by about $22 through 2023 to a base rate of $118.
Council president Esmeralda Soria led the way during the debate, unhappy that City Hall did not hold community meetings in advance of the rate hike proposal. She mentioned that such meetings happened in 2015 when the council last passed a hike.
Soria said that the council would not be living up to its promise to Fresnans about keeping costs down if it adopted Mayor Lee Brand’s proposal.
Councilmen Steve Brandau and Garry Bredefeld said that Fresnans have too high a tax burden, especially with the pending Measure P (sales tax vote to benefit parks on November’s ballot), and if the statewide gas tax repeal fails.
If the council had approved the measure, the city would have sent notices to its utility customers by Oct. 22. That would start a 45-day comment period. The mailers would also contain rate hike protest cards. If a majority of customers return the cards, the hike would stop.
Brand made his pitch for the rate hike, saying that it would help keep costs low.
Paul Caprioglio encouraged his colleagues to be the “courageous council” and let the debate happen.

Ultimately, the council rejected, on a 4-3 vote, the process to start what is known as the Prop. 218 vote.
Voting for the proposal: Oliver Baines, Caprioglio, Clint Olivier.
Voting no: Brandau, Bredefeld, Luis Chavez, Soria.
Soria indicated that this will be a decision the council, with at least two new members after November’s election, will have to decide.

— Voted 5-0 to extend “free” rides to State Center students, employees, and faculty. The school district reimburses the city.
— Tabled a discussion on regulating e-scooters. Representatives from Bird and Lime appeared before the council. Many council members expressed concern about fines being too stiff ($1,000) and questioned enforcement. Olivier delivered the line of the day, “What are we going to have, scooter police?”
— Voted 6-0 to approve the sale of the H Street parking lot to the Fresno Grizzlies, who play across the street. However, the council will return for further debate on how to spend the $1.9 million from the sale.