'The Silent Garden' Is a Gift To Deaf Families Everywhere

It wasn’t until Brandon Marin was 15 months old that his parents found out he was deaf.
When they realized he was, they were scared and nervous.
Not only because Marin was different, but because they didn’t know what to do to help him.


“His book is very open, very unbiased and it gave me a lot of information and background to help me understand better.” — Brandon Marin, a deaf adult
“When they found out, they were really struggling to find resources, information and find access to classes for sign language, and how to connect me to the deaf and hard-of-hearing community,” said Marin, who is now 28.
Marin, who lives in Sonoma, said things were a lot easier for his deaf sister, who was born 10 years after him.
“Because my parents had already been through that experience with me as a deaf child, when my sister was born, they were more open and already had all of the options that they needed,” Marin said through an interpreter. He added that his sister’s experience was “very different.”

Nevertheless, Marin noted that his journey growing up as a deaf child was a lot easier than others in the deaf community because of a book his parents purchased: “The Silent Garden: A Parent’s Guide to Raising a Deaf Child.”
The book offers information and advice on common challenges parents face, and skills and methods for helping deaf individuals become independent.
Fresno State Professor Emeritus Paul Ogden and University of Tennessee Associate Professor David Smith, both of whom are deaf, authored the third edition of the book, which was published in 2016. The foreward  is written by Marlee Matlin, the Academy Award-winning actress who became deaf at 18 months old. 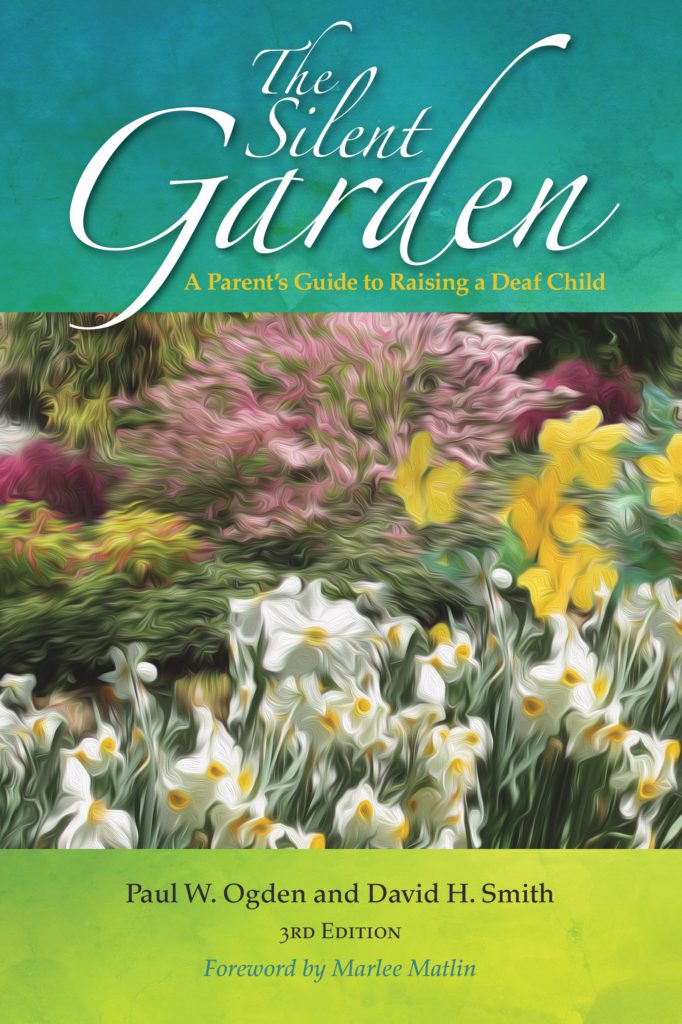 The foreword to “The Silent Garden” was written by Academy Award-winning actress Marlee Matlin.

The first edition was authored solely by Ogden and was published in 1982.
Now Ogden is teaming up with the California Department of Education to see this resource get in as many parents’ hands as possible. Ogden has a foundation, The Sunflowers in the Silent Garden, to raise funds for the project.
Many parents have credited the book with helping them overcome the challenges of raising deaf children.
If not for the book, Marin, who is starting his own software company in the Bay Area, said he may not be where he is today.
“I really love Paul’s book,” Marin said. “His book is very open, very unbiased and it gave me a lot of information and background to help me understand better.”
Marin said he encourages all families with deaf children to purchase the book.
“It is important to have the tools provided in that book,” Marin said. “Knowing all of the resources and all of the options for their child is really important.”

Book Is Also In Spanish

About 1,200 babies born every year in California are born deaf or hard of hearing. About half are from Hispanic families.


“Whenever I felt like I was drowning, I would carry that [book] with me and it would help me, it picked up my spirits a lot.” — Irma Juarez De Sanchez, mother of three deaf boys
Since its publication, Ogden said his book has received overwhelming support and has become very popular in the deaf community. The ultimate goal of the book, Ogden said, is to make raising deaf children an easier task for parents.
“I just want to make sure that parents stay positive and are optimistic about their child’s future and to know that every child has so much potential,” Ogden said.
“The Silent Garden” is available for purchase here or in Spanish here.
An audiobook version is also available.

Rediscovering America: A Quiz on the Supreme Court

Push to End Bullet Train in 2020 Could Signal GOP Strategy