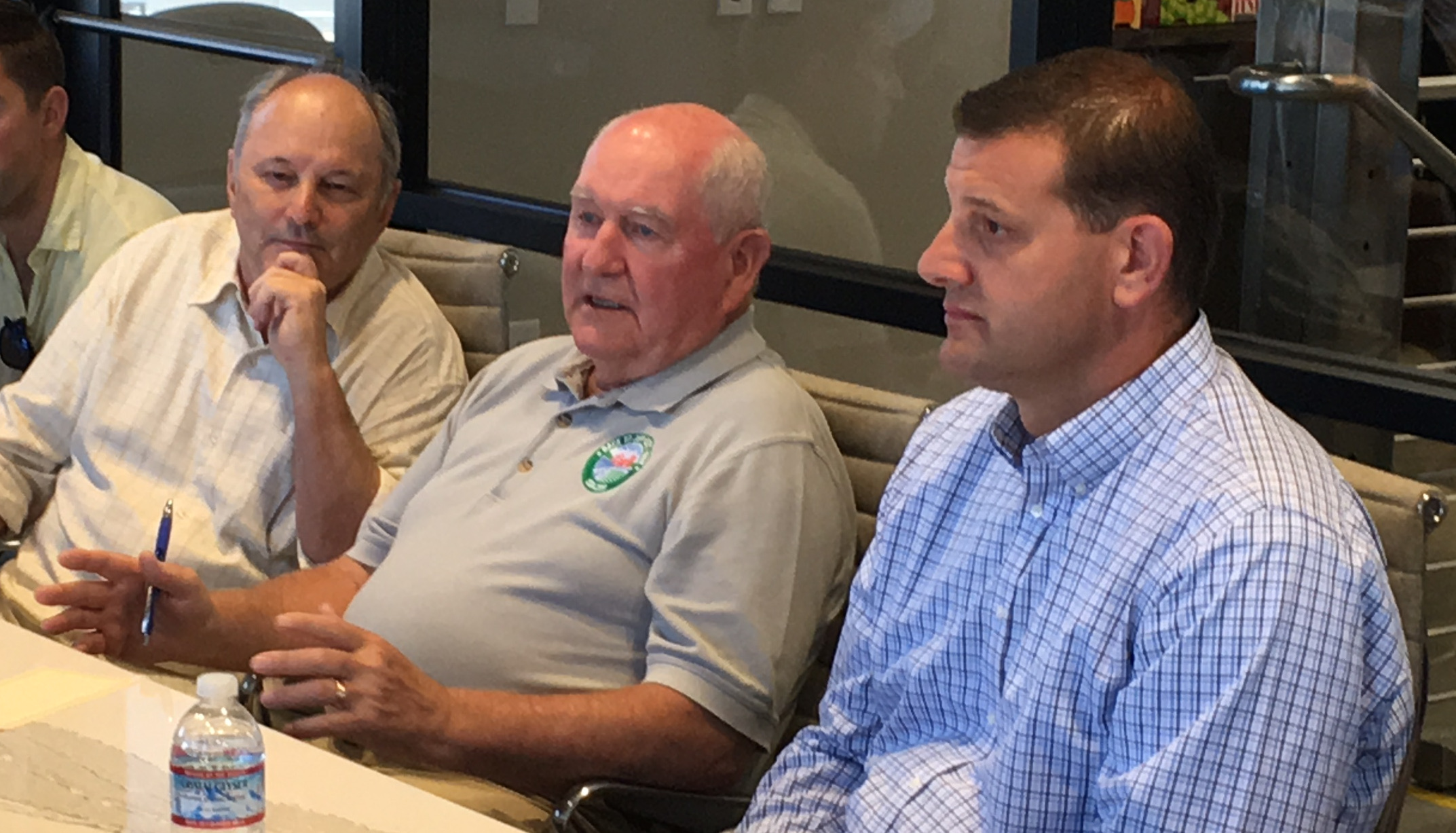 Stopping in Kingsburg during a Central Valley tour, U.S. Secretary of Agriculture Sonny Perdue heard concerns from representatives of dairy, fruit and nut growers.
What was top of mind? Everything from the Trump tariffs to market access to immigration.

Several growers expressed concern that they would be missing out on President Trump’s $12 billion aid package for farmers affected by the recent trade war.
“We do get overlooked in comparison to the rest of the Midwest. It is difficult,” nut grower Jeannie Campos of Campos Brothers Farms told Perdue. “We are not in a better positon, but in a different position from our fruit friends, because an almond doesn’t perish as quickly as fresh fruit.”
Richard Matoian, executive director of American Pistachio Growers, told Perdue his industry needs a larger share of federal relief.
Andy Anzaldo of Wonderful Pistachios said that the U.S. consumes 200 million pounds of the green nut annually. That would have to double to make up from losses on the foreign market because of tariffs, he said.
“We are trying to figure out an equitable, fair way to allocate this money,” Perdue said. “First of all, it will not make people whole. It is like any insurance. If you crash your car, or your house gets burned, you never feel like you’re being made whole with insurance.”

George Radanovich, a former Valley congressman and president of the California Fresh Fruit Association, brought up immigration. He expressed frustration over the inaction in Congress and the Trump administration on reform.
“I don’t think you are going to get any better,” Perdue said. “If you want to deal with the shadow of illegality going forward, then the status quo. If you think that is better, I respect your opinion. But I strongly disagree with it.”
Radanovich requested that the president intervene in a way that wouldn’t harm farming.
“The president could write a bill with no guarantee of passing either house. You’ve been there, you know that,” Perdue said. “I don’t think you are being realistic about that expectation.” 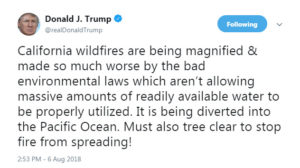 Perdue also addressed Trump’s Aug. 6 tweet, indicating California’s environmental policy made access to water difficult for firefighters.
“California wildfires are being magnified & made so much worse by the bad environmental laws which aren’t allowing massive amounts of readily available water to be properly utilized. It is being diverted into the Pacific Ocean. Must also tree clear to stop fire from spreading!” Trump wrote.
“What I think he was trying to say was the environmental policy of not wanting to cut a tree, and the litigation for years not allowing us to manage our forests in a healthy way by thinning them, by reducing fuel loads, has created a mess out there on our public lands that just burn,” Perdue said.
Perdue said the raging forest fires cause an unsafe version of clear-cutting, creating unhealthy sediment that makes its way into rivers.