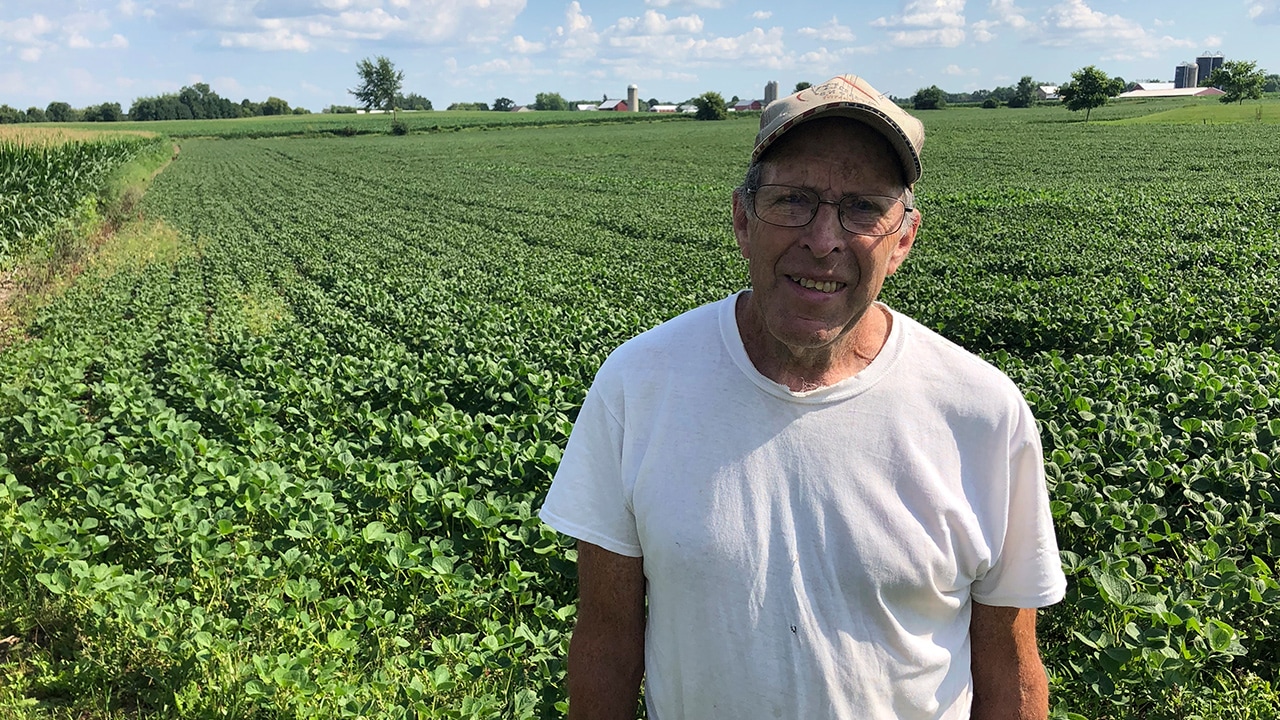 DES MOINES, Iowa — Many farmers remain critical of President Donald Trump’s tariffs and the damage done to commodity prices and markets but were appreciative Tuesday that he offered to provide some cash to help offset their losses.
The U.S. Department of Agriculture announced a $12 billion three-part plan that would borrow money from the U.S. Treasury to pay producers of soybeans, sorghum, corn, wheat, cotton, dairy, and hogs.
The USDA also will buy the surplus of commodities that would otherwise have been exported and distribute them to food banks and other nutrition programs. That will cover fruits, nuts, rice, legumes, beef, pork and milk.
The third prong of the plan is to help farm groups develop new export markets.
“This is a short-term solution to allow President Trump time to work on long-term trade deals to benefit agriculture and the entire U.S. economy,” said Secretary of Agriculture Sonny Perdue.
The money comes from the Commodity Credit Corporation, a USDA agency founded in 1933. It has authority to borrow up to $30 billion from the Treasury at any one time to “stabilize, support, and protect farm income and prices.”

Settle the Trade Disputes Instead

Farmers said they would rather have Trump settle the trade disputes with China, Mexico, Canada and the European Union and get free trade flowing again.


“A Band-Aid doesn’t cure an illness, but it might make it temporarily better.” — Dave Struthers, Iowa soybean, corn, and hay farmer
Reaction from trade partners to Trump’s tariff policies have pushed soybean prices about 18 percent lower and corn and pork prices down 15 percent from the time Trump began discussing tariffs this spring.
China is the largest buyer of U.S. soybeans and one of the largest importers of U.S. pork.
U.S. farmers are expected to grow 14.2 billion bushels of corn this year and 4.3 billion bushels of soybeans, down some from last year but still huge crops. There were 73.5 million pigs on farms as of June 1, the highest number on that date since records began in 1964.
“Experience has shown that trade wars and all this tit-for-tat is devastating to the (agriculture) economy and drives prices down,” said Richard Schlosser, who grows soybeans, corn and wheat in Edgeley, in southwest North Dakota. He called the Trump’s tariffs “government interference at its worst.”
Schlosser said he had been “transitioning” his farm to his son, but the future doesn’t look good for young farmers now, he said.
“My son has a good job outside of farming,” Schlosser said. “I told him he better keep that job.”
The temporary aid is more of an admission by the president of the “huge impact” the trade war is having on farmers, said Mark Watne, president of the North Dakota Farmers Union, which has more than 45,000 members in the state.
“I can’t argue they are trying to help us but how long will this last?” said Watne. “Are they truly going to get us a solution that will make things better?”
Watne prefers better crop subsidies and other revenue loss protections in the massive federal farm bill that is being hammered out in a House-Senate conference committee, to guard against retaliatory tariffs on U.S. agriculture exports.

Some Farmers Are Skeptical

Some farmers were more skeptical of the administration’s actions, believing the midterm elections in November had more to do with the announcement than concern for farmers.
“This is an election ploy. And we as farmers are playing the dupes again in this whole process,” said Wisconsin farmer Michael Slattery who grows soybeans, corn, wheat and alfalfa with his wife on 300 acres in Maribel, Wisconsin.
Slattery said he didn’t support Trump in the last presidential election.
Some farmers expressed concern that few details have been released. The USDA said it planned to roll out some of those details around Labor Day and the program would begin to make payouts after the fall harvest.
“I don’t want free money. I don’t want bailouts. I want trade. Trade is what works,” said Wanda Patsche, who grows corn and soybeans and raises pigs near Welcome in southern Minnesota with her husband, Chuck.
Mark Jackson, who farms with his son and his brother on 2,000 acres in southeast Iowa near Oskaloosa was supportive of Trump’s efforts to realign global trade to an improved balance for the United States. He said he agrees with the broader goal of balancing trade especially with China.
“There is a tendency for a little bit of Trump piling on,” he said. “We’re trying to sort through a lot of the chaff to get down to the real heart of the issue to make this thing a little more equitable.”