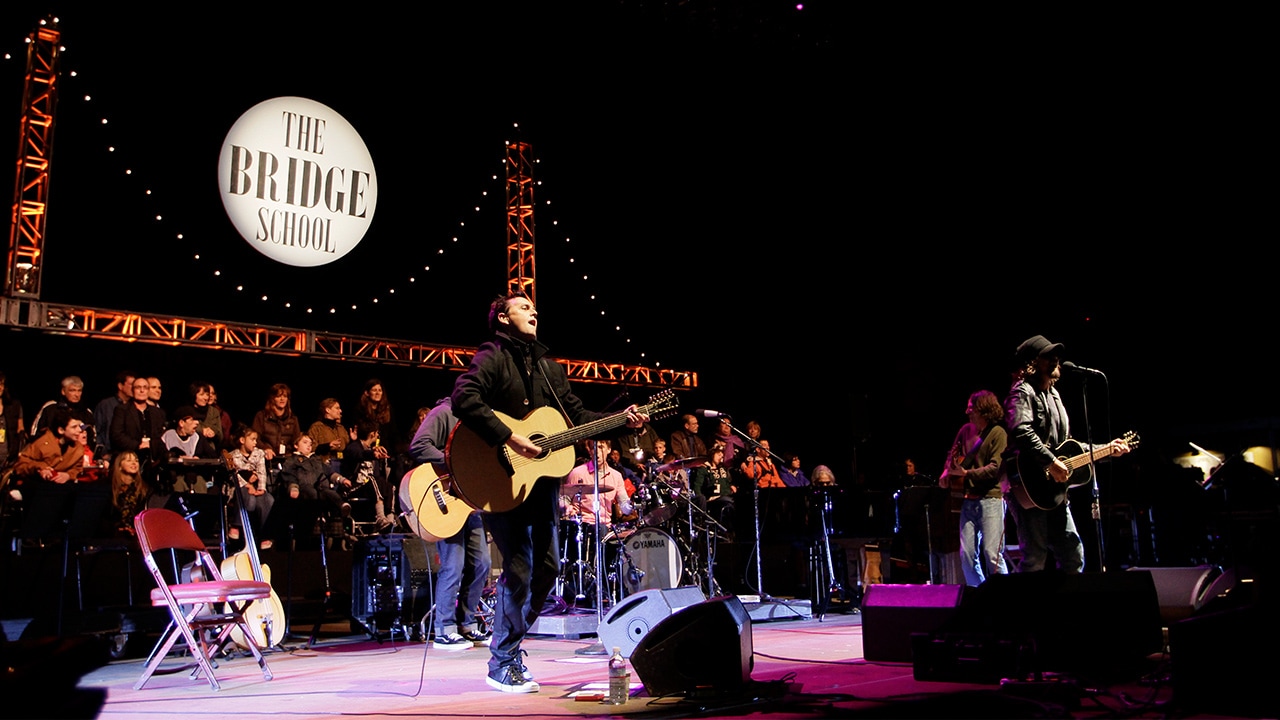 HELENA, Mont. — Republicans on Wednesday condemned a poster by Pearl Jam that shows the White House in flames and a bald eagle pecking at a skeleton they say is meant to depict President Donald Trump.
The National Republican Senate Committee compared it to the now-infamous photo of comedian Kathy Griffin holding a fake decapitated Trump head. The rock group’s Twitter account says the official poster from Monday’s concert in Missoula, Montana, is a collaboration between bassist Jeff Ament and Bobby Brown, an artist also known as Bobby Draws Skulls.
The “Rock2Vote” concert aimed to encourage young people to vote in the November midterm elections and support Democratic U.S. Sen. Jon Tester of Montana, who is from Ament’s hometown of Big Sandy.
The poster includes an accompanying message from Ament that says, “Y’all know the deal, we’re at a tipping point and its (sic) time for action.”
The poster shows Tester in a tractor flying over a burning Washington, D.C., framed by the letters “P” and “J,” with smoke forming the word “Vote” in the background.
Several objects and people are in the foreground, including a skeleton with a full head of hair lying face down, an eagle pecking at the bones of its foot.
Tester’s Republican opponent, Montana State Auditor Matt Rosendale, also is depicted with a crab claw for a hand and carrying a “Maryland” flag, a reference to Rosendale’s native state.
The message from Ament accompanying the poster included the description: “D.C. burning. Tester Evel Knievel on tractor … over the cesspool below. Russian money, golf courses, hookers? Maryland Matt. Stars and Stripes as flames.”
Rosendale called the poster “disgusting and reprehensible” and called on Tester to “denounce this act of violence and blatant display of extremism.”

“Probably more than ever it’s important to have a congressman that can sort of make people think less emotionally about some of these things.” — Jeff Ament, Pearl Jam bassist
The National Republican Senate Committee, which is supporting Rosendale’s campaign, also blamed Tester for not speaking out against the poster it called “gory.” The committee compared it to other examples of public figures “encouraging violence” against Trump, like Griffin’s photo.
Tester officials said the campaign had nothing to do with the poster.
“We never saw the poster before the show and we don’t like it,” Tester spokesman Chris Meagher said. “And we don’t condone violence of any kind.”
Pearl Jam was traveling Wednesday and not immediately available for comment, according to Whitney Williams, a publicist for the Missoula concert.
Ament told The Associated Press in April that the band wanted to use the Montana concert to support local advocacy groups, encourage voter participation and boost Tester’s campaign. He said he believed that the political climate had become too divisive.
Related Topics:bald eagleconcert posterflamesPearl JamPresident Donald TrumpRepublicansWhite House
Up Next