One Charter School Fights for Survival. Another Wants to Open. 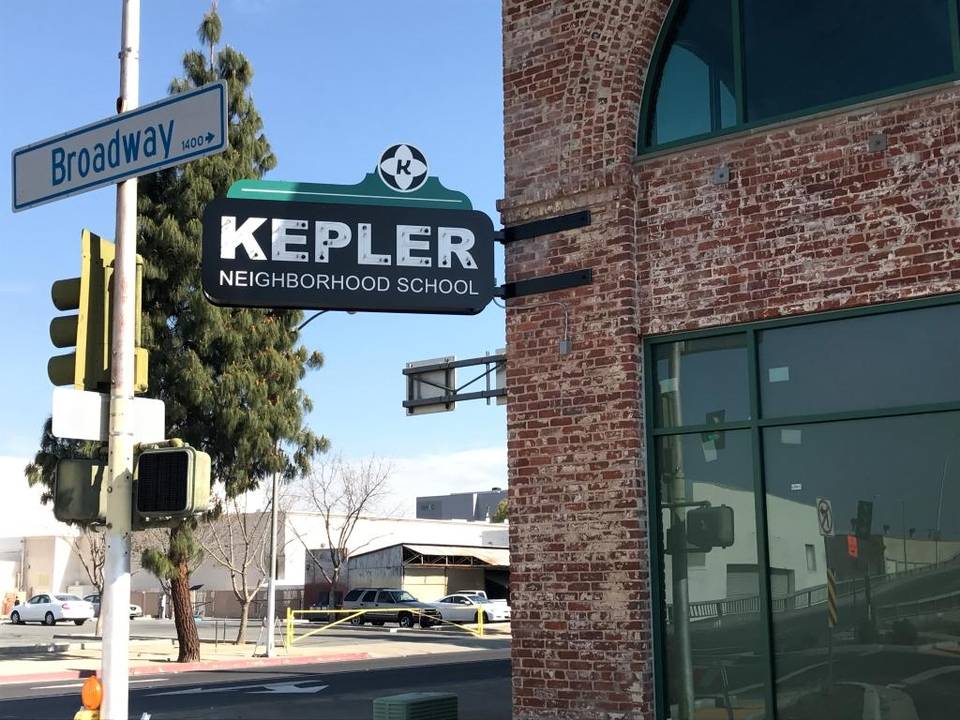 Two charter schools — one new and one looking for a renewal — hope that the Fresno County Office of Education answers their pleas.

After being rejected at the local school board level, the One & Only Academy and Kepler Neighborhood School made their cases to the five-member elected board Thursday (May 17).
One & Only’s backers hope to start their school based on “mindfulness” in the fall. The told the board they have a campus location secured just east of Fresno near Shields and Locan avenues.
Petitioner Harmit Juneja hopes for a better result than when the Clovis Unified board rejected their application in March.
“We are able to present the crux of the program and the spirit behind it; the stress on academic excellence and every component is adding to that,” Juneja said after the meeting. “This is a great opportunity, and I think that the county staff and board will take a good hard look at it.”

The California Charter Schools Association, which advocates for charters, supports One & Only’s petition.
“One & Only Academy submitted a sound charter school petition to Clovis Unified that met and exceeded all legal requirements set forth in Educational Code,” CCSA spokeswoman Caity Heim told GV Wire via email. “Clovis Unified had a legal responsibility to approve the school’s petition because they couldn’t provide legitimate factual findings to support denial. Now that One & Only Academy is appealing to the Fresno County Office of Education, we encourage the County to make a decision in the best interest of the school community and what’s right for kids: approve One & Only Academy.”
Supporters of the Kepler Neighborhood School packed the board’s chamber.
Parent Selena Sims says the downtown school is the best option for her son.
“Is my child going to get the same opportunity, or is he going to get shunned away to … these schools that you guys call impoverished?” she told the board.

Fresno Unified denied a five-year renewal last week. Executive Director Margret Ameel admits the school has struggled, but says it’s on the right path.
“It’s difficult with a brand new school to jump off the ground and make a ton of progress. We did stumble, absolutely. We’ve worked really hard to fix those pieces, implement some really strong developmental programs, implement some intervention programs for our students, so we can truly serve all our students. Because, all really does mean all,” Ameel told GV Wire.

While CCSA gave One & Only its support, it did not feel the same about Kepler.
“While we respect and appreciate the changes new school leadership at Kepler has made in the current academic year to improve student academic outcomes, we believe that the Fresno Unified board made the right decision to deny the renewal of Kepler’s charter petition because of their chronic academic underperformance,” Heim said. “As Kepler seeks to appeal their charter school renewal petition to the Fresno County Office of Education, CCSA respectfully recommends to Fresno County Office of Education to not renew Kepler’s charter based on the lack of academic outcomes in the current charter term.”

The board took no action. The charter school decisions now go to a nine-member Interdepartmental Charter School Petition Review Committee. That group will make its recommendation to the full board. A final decision is expected at their next meeting June 21.
_____

Despite the skepticism of two members, the Fresno City Council approved a pilot program allowing the city to assess penalties on excessive water users.
In addition, the program allows the city to use data to automatically levy fines. Before, city staff needed to visually witness the misuse of water.
“When does it become war on the people we are trying to advocate for?” Councilman Clint Olivier asked his colleagues. He and Luis Chavez voted against the program.

Islas, Whelan and the Name Game

Veva Islas held a news conference Wednesday (May 16), where she and her supporters called on Brian Whelan to apologize for listing her name as “Veva Islas-Hooker” in a campaign mailer.
“I believe every woman has the right to self-identify and the failure of my opponent to understand that right is something that we as women cannot allow to slip by,” Islas said. “This is an issue of choice, and an issue of respect.”
Alex Tavlian, campaign manager for Whelan, responded:
“We will not apologize for telling the truth. Perhaps Veva Islas-Hooker should for lying to District 7 residents. Veva Islas-Hooker is known by this name in every forum but politics. It’s her name on her driver’s license, it’s her name on the deed to her house in Tulare, it’s her name on her LinkedIn, and it’s the name she’s used in countless speeches at conferences.”
GV Wire verified that Islas-Hooker is the name listed on Islas’ driver’s license and deed. She is Genoveva Islas on LinkedIn.
Of note, in Islas’s campaign finance documents, she lists a loan from “Veva Islas Hooker” to “Veva Islas for Fresno City Council 2018.”

The Fresno Chamber PAC has released its list of early endorsements for the 2018 Primary Election. These elected officials have proven their commitment to strengthening the business community, and we are proud to give them an early endorsement. #FCPAC pic.twitter.com/kn0upvy4kt

The Fresno Chamber of Commerce made its picks in local races. But in the hotly contested District 3 and District 7 Fresno City Council races, the group punted.
For the rest, the chamber’s recommendations included both Democrats and Republicans. After all, they don’t see red or blue; they see green.
While the organization did not pick among the seven candidates in the District 3 race, and the three in District 7, their campaign donations may provide insight on where they lean. They donated $1,000 each to Craig Scharton and Tate Hill in D3, and Brian Whelan and Nelson Esparza in D7.
Chamber President/CEO Nathan Ahle says he doesn’t anticipate his group will make an endorsement in the two races before the primary.
You can see the chamber’s endorsements at this link.

The attempt by two Valley congressman to bring an immigration vote to the floor received a major boost.
David Valadao (R-Hanford) and Jeff Denham (R-Turlock) signed the petition on its first day, May 9. In theory, they have until the end of the congressional session (in January 2019) to collect 218 signatures, a majority of House members, to succeed. Over the last two days, 174 colleagues, mostly Democrats, signed onto a discharge petition. That includes Fresno Democrat Jim Costa.
The House procedural move would bypass Republican leadership’s ability to bring (or not bring) a vote to the floor.
Politico reported that Majority Leader Kevin McCarthy (R-Bakersfield) said such a vote could cost the Republicans control of the House in the fall elections.