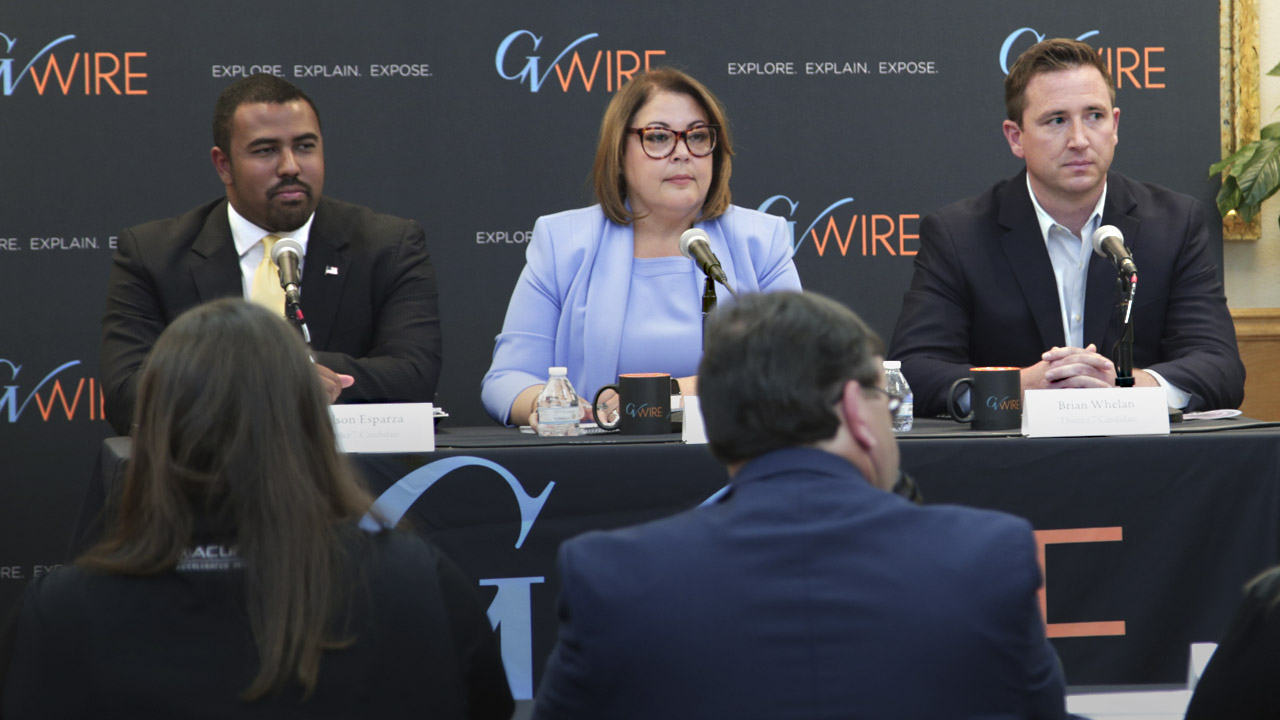 The name of a Fresno City Council candidate is now a campaign issue.
Brian Whelan sent a mailer to voters, comparing himself to opponents Nelson Esparza and “Veva Islas-Hooker.”
Except, Veva Islas doesn’t go by that name. She made a point to chastise Whelan on Facebook.
According to the county clerk, she will appear as “Veva Islas” on the ballot. She is married to Keith Hooker, but doesn’t use his last name.

“My opponent Brian Whelan issued an attack ad against me where he refers to me as Veva Islas-Hooker. I haven’t hyphenated my name in years. Apparently Brian feels it’s his prerogative to use my husbands surname even when I don’t. Brian, my name is Veva Islas, I hope you get it right when you congratulate me for winning like you did with Jim Costa. #VoteVeva2018 Veva Islas for Fresno City Council,” she wrote on May 9.
Whelan contends that by not using her real name, people can’t look Islas up to find out about her positions: “She is not being honest with who she is and where she comes from. Her choice to make it an issue is silly and strange.”
This week, Islas emailed supporters asking for donations, based on Whelan’s attack.
“All American women have the right to use our own last names. And Brian’s rejection of this basic right is exactly why we need to elect another woman to the Fresno City Council,” she wrote. “Thanks so much for all of your support. Because of you, I’m able to stand strong as a voice for all women in the face of this ongoing Republican attack on women’s liberties.”
When filing her required council candidacy form, she used her driver’s license and another DMV form to prove residency. According to the city clerk’s office, “Genoveva Islas Hooker” (no hyphen) is the name listed on her driver’s license.
According to Islas’ voting registration documents, she re-registered with her Fresno address on Jan. 13, 2017 as “Genoveva Islas.” Prior to that, she registered as Genoveva Islas-Hooker (with hyphen) in Tulare.
The law is less clear if a candidate can use a name other than their legal last name. Previous state attorney general and court opinions allow for a candidate to use a nickname (hence it is OK to be listed as “Veva” over “Genoveva”). The law even allows for a candidate to use a married name. It does not say anything about the reverse.
Islas did not reply to GV Wire’s request for a comment.

Wanted: A Superintendent for Central 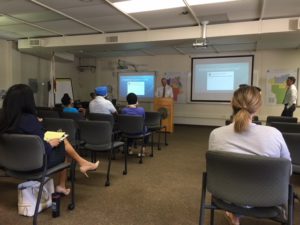 About 15 people, many district employees, attended the first public meeting discussing the Central Unified superintendent search Monday.
Led by the assistant superintendent for human relations, Jack Kelejian, the district sought public comments in what they want in a new superintendent. Comments included a superintendent willing to engage with the public, someone who will be academically and financially accountable, and someone who will improve technology at Central.
No trustees attended the meeting. “The board of trustees selected the CUSD Human Resources department to conduct the superintendent search. All stakeholder input will be provided to the board as part of the hiring process of the superintendent,” board president Cesar Granda told GV Wire.
Trustee Terry Cox echoed those sentiments, noting the 9 a.m. meeting conflicted with her work schedule. She plans to attend the next meeting 6 p.m. today (May 15), at the district office.
Central is hiring a new superintendent after firing Mark Sutton in February. The district’s preliminary timeline indicates the search could last until July.

Governor Jerry Brown vetoed two bills authored by Assemblyman Jim Patterson (R-Fresno).
AB 1292 dealt with the Public Utilities Commission accounting for residential customer generation of power when determining average use.  It passed the Assembly and Senate unanimously.
Brown called the bill “premature,” saying the PUC already has such authority.
The governor also said no to AB 1337, which would require live broadcasting of Fish and Game Commission meetings and subcommittee meetings on the internet. It also passed unanimously in both houses.
“I believe broadcasts of committee level meetings should be reserved only for those times when there is extraordinary interest of the public,” Brown wrote in his veto message.

The Fresno Board of Education will hear an appeal of a charter school at its Thursday (May 17) meeting. The One & Only Academy is hoping for a different result in order to get its school started by the fall.
On March 21, the Clovis Unified school board rejected the charter petition by a 7-0 vote, citing among other reasons that the school would not be inclusive enough. The school is built around “mindfulness,” a concept of self-awareness.

The Fresno City Council will vote Thursday (May 17) on paying developer W.M. Lyles Company another $278,726 to build the Southeast Surface Water Treatment Facility. This is the 14th change order (or price increase) since the city awarded W.M. Lyles the contract in 2015.
With the latest increase, the project will cost more than $162 million, or $4.1 million over (2.6%). W.M. Lyles won the contract with a $158.7 million dollar bid. City staff says contingency funds built into the contract cover the overages.
Even at $162 million, the cost is lower than that of the second-place bidder in 2015, PCL Construction of Corona, at $165 million. The project is expected to be finished by September.

The council will vote on giving City Attorney Doug Sloan a $5,362 a year raise. If approved, he would earn $219,862. … The council will decide to accept a $126,075 California Homeland Security grant. The police department says the money would be used for equipment and training in “terrorism prevention efforts.”… The council, as the Housing Successor to the Redevelopment Agency, will vote to allow Self-Help Enterprises to build an affordable house on a 0.17-acre land at 329 N. College Avenue. The group would then sell the home, which is located in the Lowell neighborhood, south of Highway 180.