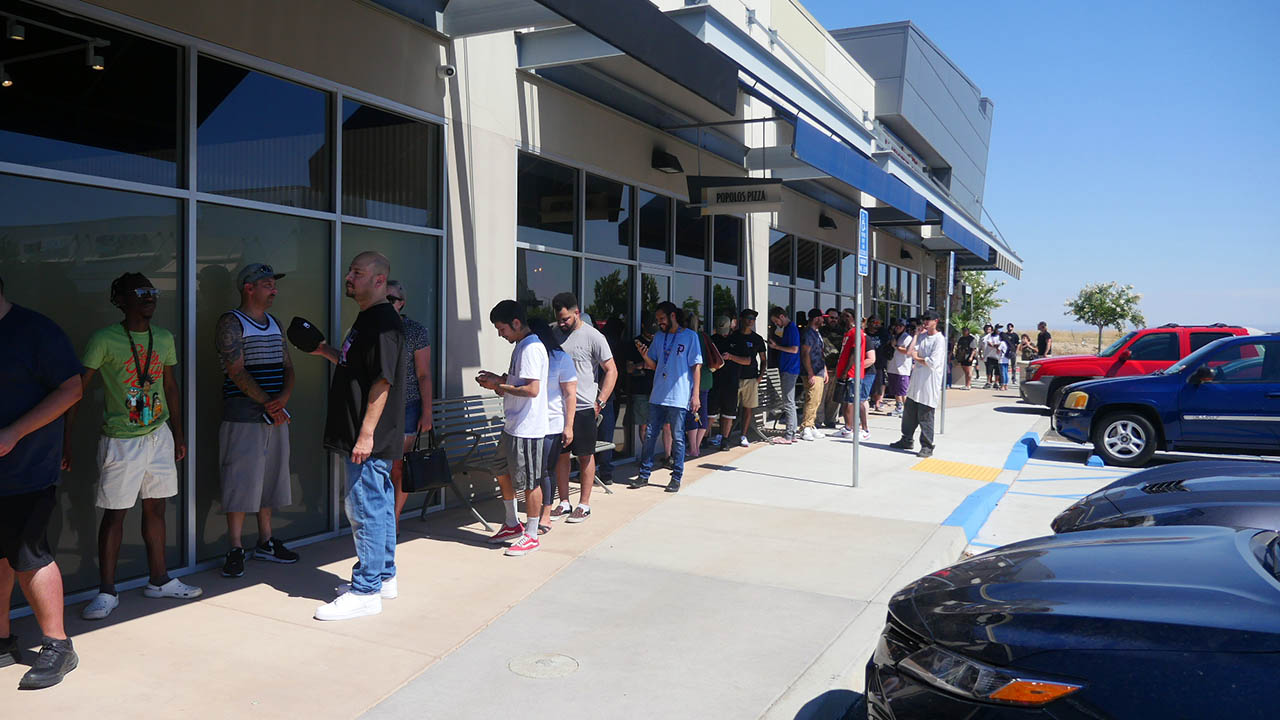 Customers begin to form a line at The Artist Tree before it opens. (GV Wire/Jahz Tello)
Share with friends

Thirty minutes before its scheduled 10 a.m. opening, the line at The Artist Tree was 50 customers deep. When the doors finally opened a few minutes ahead of time, staffers allowed 20 people in at a time to peruse and purchase the store’s array of cannabis products.

The boutique marijuana retailer in north Fresno was technically the second to open in the city. Hours before, Embarc — in central Fresno — opened its doors to “friends and family.” City Councilman Miguel Arias was the first official customer. Embarc will open to the public on Wednesday.

Shoppers at The Artist Tree browsed products on their own, or with the help of staff. Flowers, gummies, and balms were among the items available. 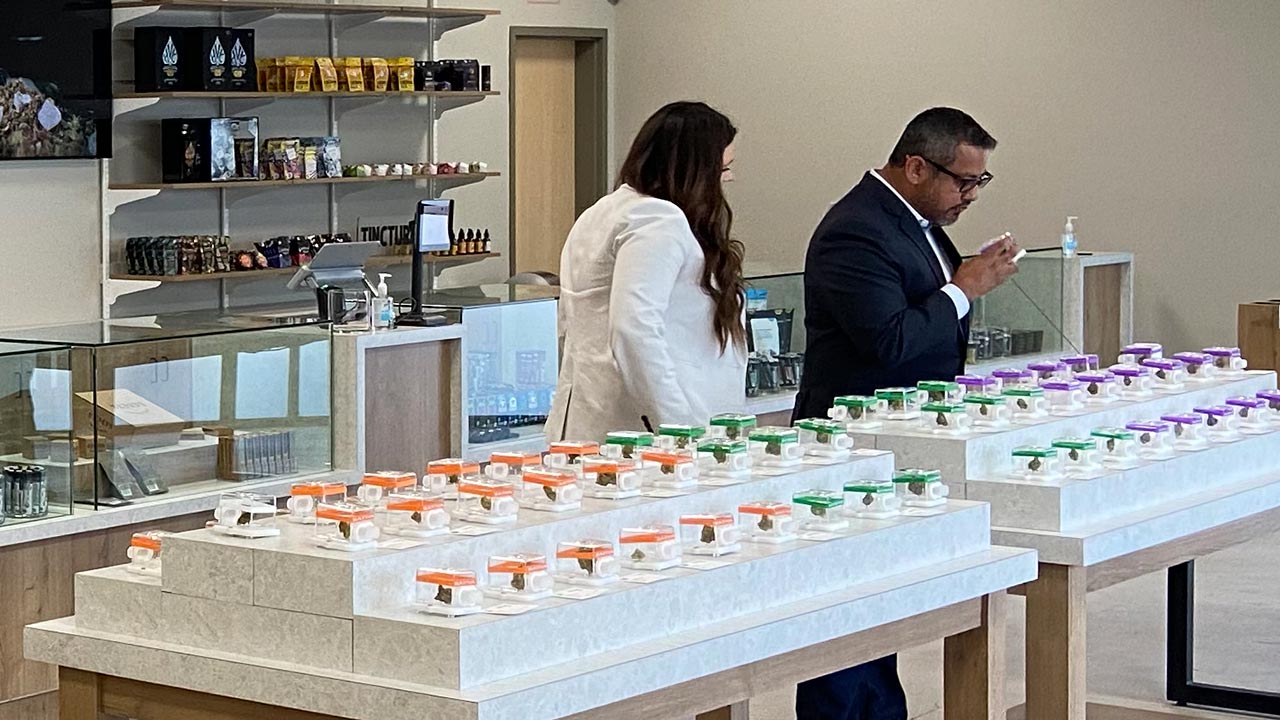 Customers GV Wire spoke with said prices at The Artist Tree, the lowest around $19 for an eighth (of an ounce) of flower, were reasonable.

“Prices are the same anywhere you go, pretty much for the big-name brands you want,” Moody Alsayad, a visitor from Florida, said. 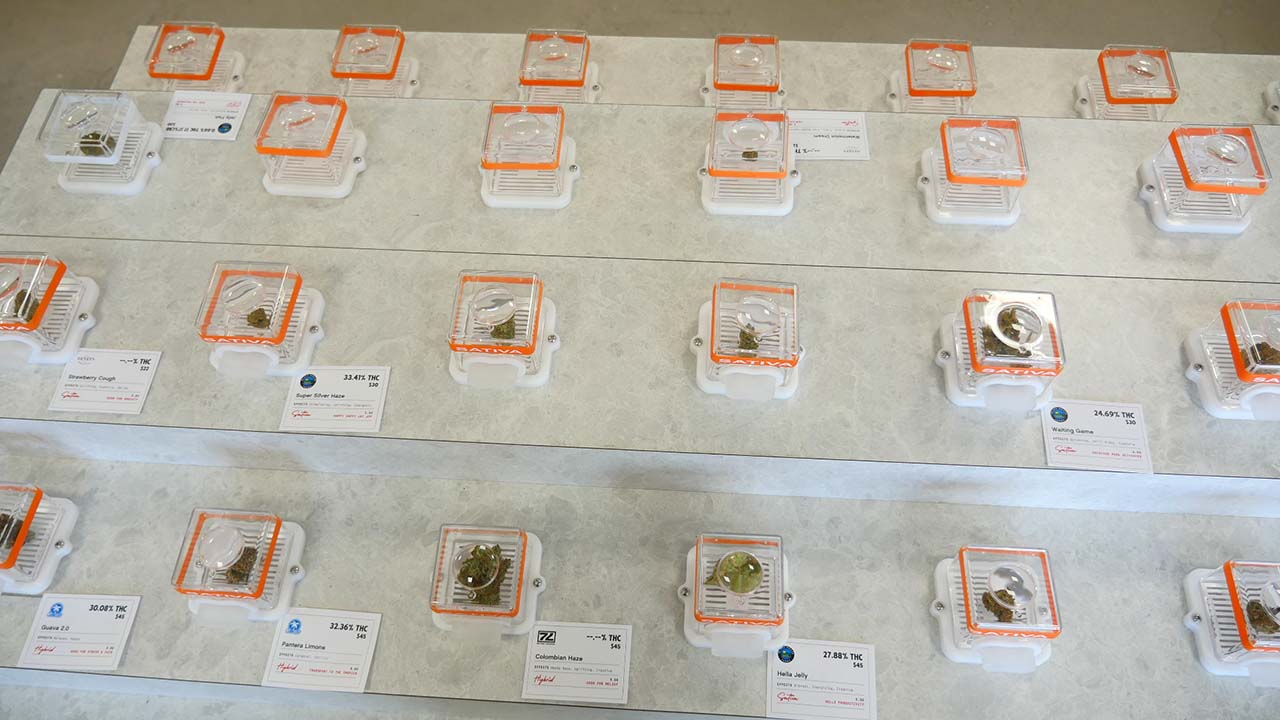 Some of the selection at Embarc, which opened to “friends and family” on Monday. (GV Wire/Jahz Tello)

Jonathan Parsneau of Fresno was the first paying customer at The Artist Tree. He uses marijuana medicinally for epilepsy.

“I’ve always taken medication to try to control it. But marijuana has really helped all my pains with that. So I’m excited. I’m able to just come in, get it done, go home. We’re good to go,” he said.

Parsneau said he would have to drive to Hanford to buy legal marijuana.

Charlie Mouser of Fresno said she is also a medicinal user of cannabis. She was pleased with her first experience at The Artist Tree.

“I love the product of it. I also wanted to come and see if they were hiring,” Mouser said.

Mouser would buy her marijuana in Hanford but didn’t feel comfortable buying on the illicit market.

“I’ve had a couple of friends recommended it to me. I just never felt safe doing anything on the street, just for my personal preference,” she said. 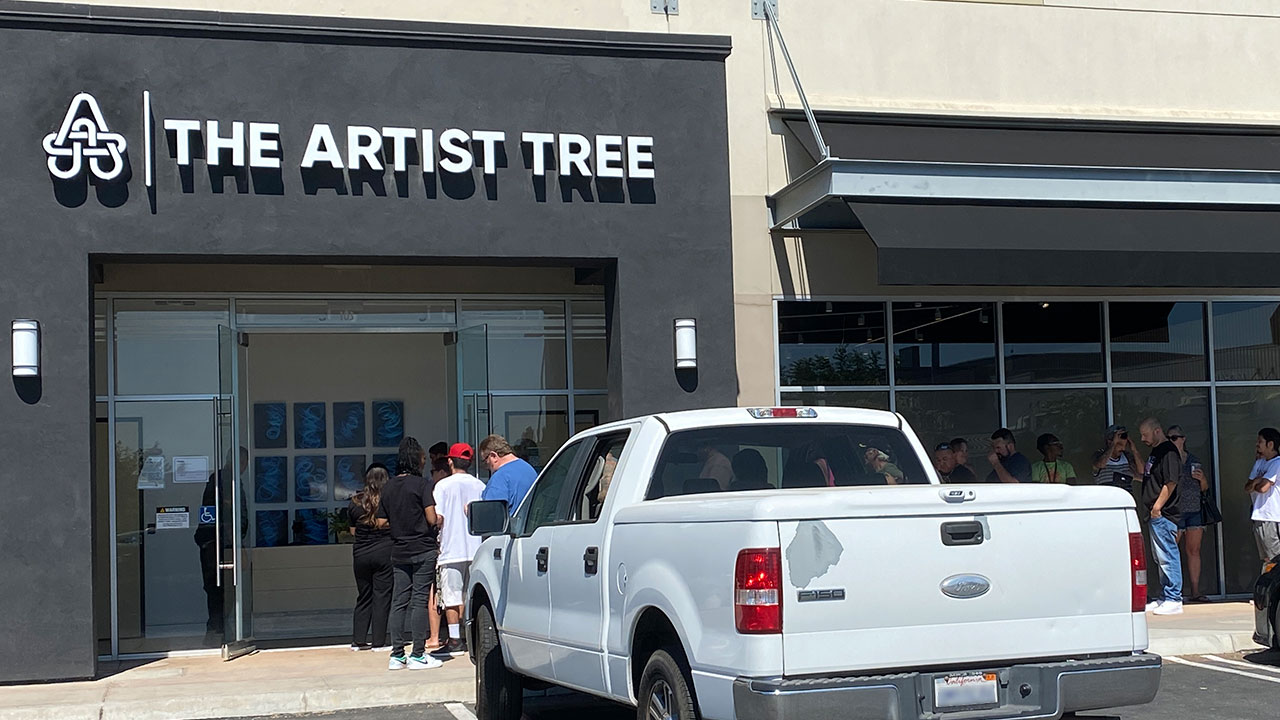 A line of approximately 50 customers waits for The Artist Tree marijuana retailer to open for the first time. (GV Wire/David Taub)

After selecting purchases, customers checked out at the sales counter. However, purchases must be made by cash or debit card. Credit card service is not available.

Courtney Caron, co-owner of The Artist Tree, says federal law has not caught up to cannabis retail reality, limiting the choices of credit card processors. Most major banks are not willing to provide services to the industry.

There is an ATM present in the store.

“No, Crypto, no. Maybe in the future, but not at this time,” Caron said.

Heat Wave ‘Like a Pressure Cooker’ Descends on Fresno, Valley