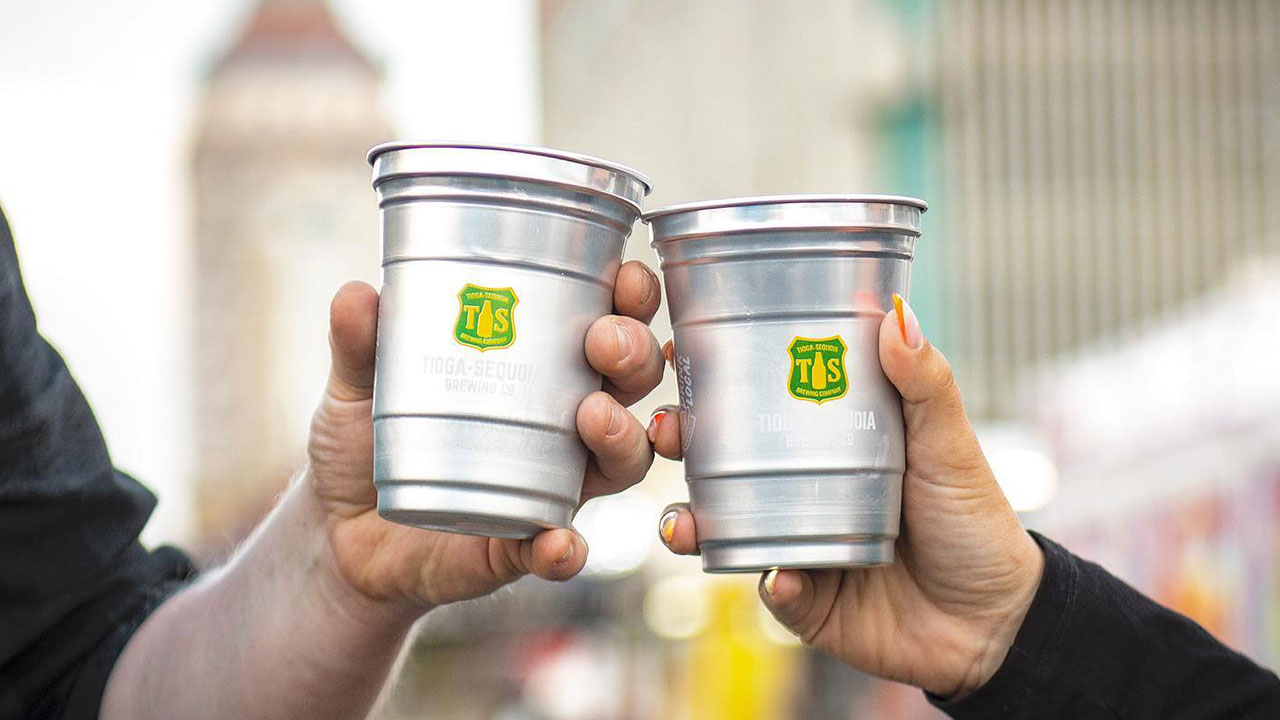 Fresno’s Tioga-Sequoia Brewing Company is saying goodbye to plastic and pouring their craft beers in aluminum cups at special events — As FresYes-goers surely noticed on Saturday.

For company president Michael Cruz, the aluminum cups are a step on the path toward making Tioga-Sequoia a sustainable business.

“We’ve been almost ashamed of it, to be honest, and this is a better way for us because not only is aluminum 100% reusable, it’s far more recyclable as well.” 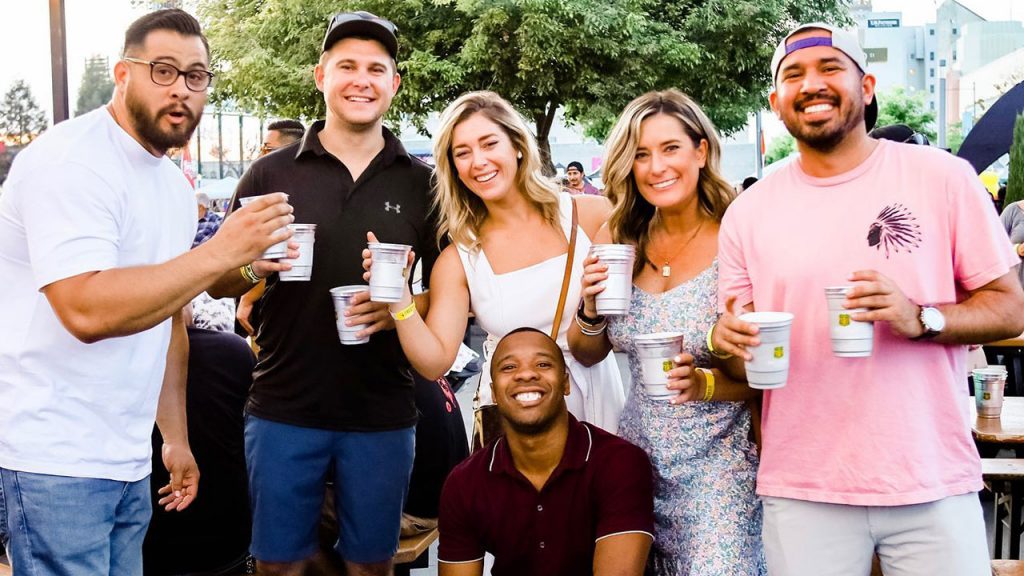 “We thought we were doing the right thing, but at the end of the day, it really wasn’t a great solution,” said Cruz. “Aluminum is a lot easier to recycle. People see that as a more recyclable product, too, and they tend not to let it go into the trash.”

“The hardest part is, it’s just more expensive,” said Cruz about the aluminum cups. “But if you get everyone on board with the program and you can educate, and if you at least get one or two uses out of it, then it pays for itself and and you feel better about it at the end of the day.”

The brewery, however, still uses glassware and beer cans for small events or for dining in as they are sustainable options.

The names of the company’s brews — El Cap, Low Dome, General Sherman IPA, and Half Dome, for example — reflect Fresno’s status as the gateway to Yosemite, Kings Canyon, and Sequoia National Parks, along with the Sierra National Forest.

The San Joaquin Valley’s national parks and forests mean a lot to the company, says Cruz, and they hope they can lead with initiatives that will motivate other companies to follow their lead.

The popular brewery is involved with the nonprofit 1% For The Planet, which partners with other sustainable, environmentally-driven nonprofits and businesses.

Cruz says Tioga has been a member since 2020 and donates 1% of its profits to the group.

“We’ve always worked with nonprofits, but by joining the 1% For The Planet, it kind of memorialized it in a more efficient way and held us accountable,” said Cruz.

Apart from the aluminum cup initiative, the brewery is working to reduce its CO2 emissions and recycling more water.

“They’ve invented these smaller systems for breweries that can recapture CO2 and we can use that to carbonate our beverages,” said Cruz. “So that’s one of the projects that’s on our To-Do list within the next two years.”

The California Ocean Protection Council estimates 11 million metric tons of plastic enter the ocean each year, worldwide. Without any interventions, this amount is anticipated to triple by 2040. And, microplastics have been found in human stool, lung, and placenta samples, and within soils and plants.

In an effort to protect the world’s oceans and human health, the state of California recently approved the nation’s first comprehensive microplastics strategy.

This goal is to come up with a multi-year roadmap for the state to assume a global leadership role in managing microplastic pollution.

“Microplastics are poisoning the ocean, both across the planet and off the California coast,” said California Natural Resources Secretary Wade Crowfoot. “We must take action, and this strategy shows us how. By reducing pollution at its source, we safeguard the health of our rivers, wetlands, and oceans, and protect all of the people and nature that depends on these waters.”

Related Story: I’m on the Zero Waste Path. Want to Follow Along With Me?

The company has been reimagining the store with the goal of generating renewable energy while reducing the store’s consumption.