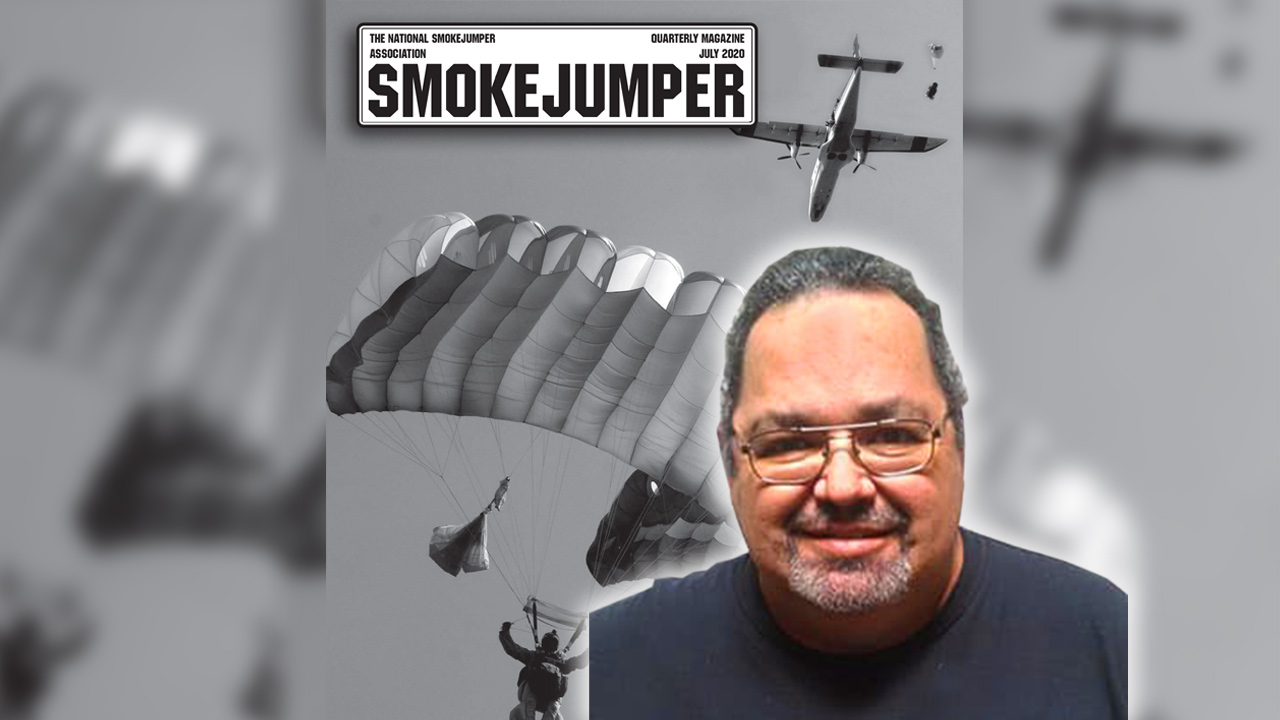 A profile story of Fresno Unified School Board candidate Andrew Fabela published last week by GV Wire included his claim to having been a smokejumper during his firefighting career.

But an active smokejumper and two smokejumper retirees told GV Wire on Friday that they can’t find Fabela’s name among the 6,000 names in a smokejumper database, and they don’t believe his story.

Smokejumpers are considered an elite corps among wildland firefighters because they parachute into remote blazing areas.

On the ballot for Fresno Unified’s Fresno High Area 5 Trustee seat, Fabela is listed as a “retired firefighter.” He is one of four candidates vying in the April 12 special election.

Jason Ramos, a smokejumper living in central Washington state, Chuck Sheley, a retired smokejumper and editor of Smokejumper Magazine in Chico, and retiree Mike McMillan said that after learning of the GV Wire story they searched for but did not find Fabela’s name in the database.

Fabela Sticks to His Story

When GV Wire contacted Fabela on Friday to ask about whether he had mistakenly claimed to be a smokejumper, Fabela insisted that he had been a smokejumper. He then accused GV Wire of focusing on issues not related to Fresno Unified and said angrily that he would not participate in GV Wire’s candidate forum on Thursday before hanging up abruptly.

He later texted that he would not participate in the forum because GV Wire was trying to “disparage” him.

“I will not be participating in your online interview seeing as you are trying to disparage me. If you plan on focusing on the problems of FUSD then let me know. However, know this. I will be commenting only on questions I feel are relevant to this special election and FUSD.

“You want me to show you all the scars on my body from my firefighting days we can meet AFTER the election. You have a good evening. Please don’t use this number again. Thanks.”

Ramos and Sheley said they are aware of other instances when someone falsely claimed to be a smokejumper.

“I run across these two or three times a year,” Sheley said.

Over the past 35 years, Sheley said, he has compiled a database with the names of the 6,000 men and women who have completed smokejumping training and the bases where they trained.

Smokejumper community members routinely identify themselves by the base where they trained and rookie or class year, Ramos and Sheley said.

When GV Wire texted Fabela, asking for his class year and base information, he did not respond.

Ramos, who authored the book “Smokejumper: A Memoir by One of America’s Most Select Airborne Firefighters,” said that if someone claims to be a smokejumper but doesn’t provide a class year and base, “That’s how we know when sometimes things are a little bit fishy.”

Fabela’s response when questioned — becoming angry and hanging up the phone — also are suspicious responses, Ramos said. “If he was a smokejumper, he would not have got upset,” he said. “Hopefully, it’s a mistake, but it sounds like from his reaction, it’s not, you know?”

A false claim of being a smokejumper would raise credibility issues, at the very least, Sheley said.

And there’s also the issue of “stolen valor,” which usually applies to military impostors, Ramos said.

California Among States to End School Mask Mandates on March 12