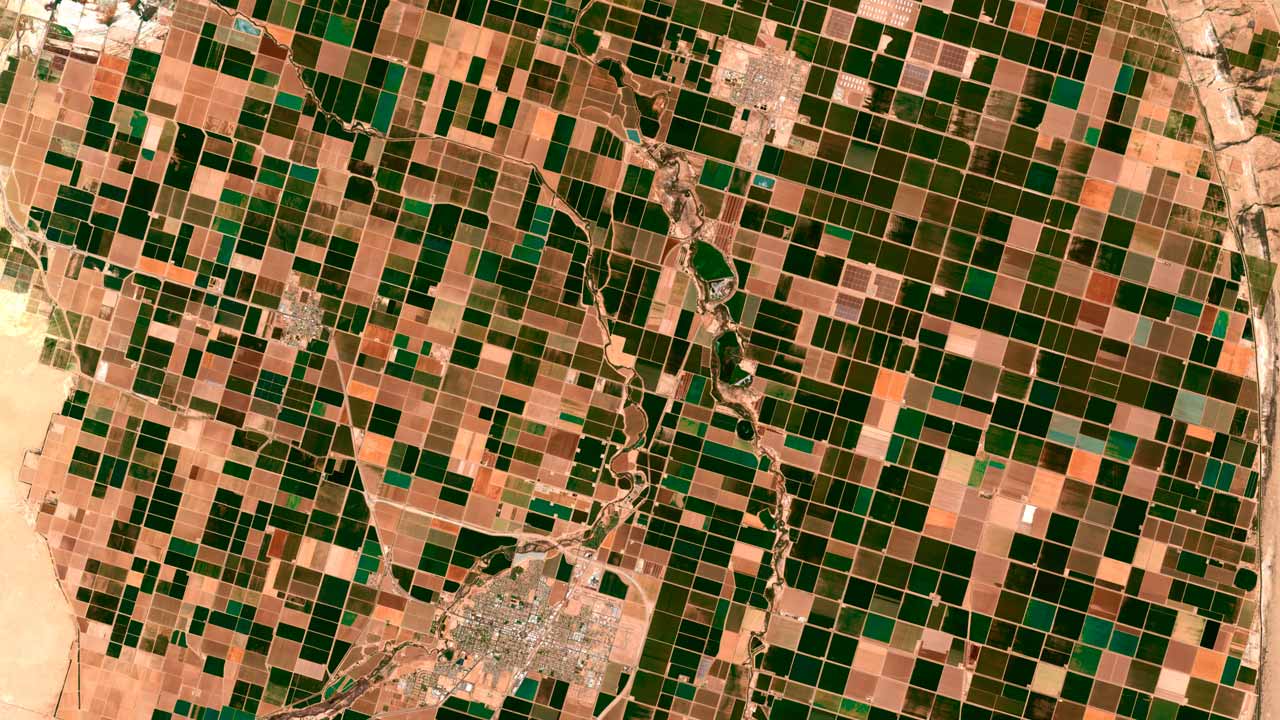 An online platform that uses satellite imagery to estimate how much water is used by different crops launched publicly on Oct. 21. (Shutterstock)
Share with friends

New satellite technology could be a critical piece to the future of water trading in the San Joaquin Valley, according to those working on the tech. OpenET, an online platform that uses satellite imagery to estimate how much water is used by different crops, launched publicly on Oct. 21.

The platform is already being tested in the San Joaquin Valley. And in January, the state will allow landowners in the Sacramento-San Joaquin Delta to use OpenET data instead of metering their water usage.

“In California we still have a long ways to go in many places to enable water trading programs,” said Christina Babbitt, director of climate resilient water systems for the nonprofit Environmental Defense Fund. “One of the biggest needs is having consistent data that can be used to inform management actions across these very local boundaries if we want to enable things like water trading.”

How the Technology Works

OpenET uses satellite imagery to calculate evapotranspiration, when water evaporates from the surface of the Earth and off of plants.

“The basic physical principles used to calculate evapotranspiration from satellites are familiar to anyone who has run through a sprinkler on a hot summer day,” wrote Robyn Grimm, project lead on OpenET and director of climate resilient water systems for EDF, in an email. “After you run through a sprinkler, the water evaporates and cools your skin. This same process occurs across the Earth’s surface.”

That cooling effect is visible by satellites and can be used to calculate plants’ water consumption. Cooler temperatures mean more water is being used.

The platform has been in development for the past four years. It is a combined effort that includes entities such as, NASA, EDF, the United States Geological Survey, the S. D. Bechtel, Jr. Foundation, multiple universities, and more. The platform targets the western U.S. and other regions around the globe.

Potential Benefits to the Valley

OpenET could be of use to the San Joaquin Valley, in particular, in multiple ways, wrote Grimm.

The data could also potentially be used to inform groundwater pumping restrictions as the state begins to cut back on pumping in hopes of bringing its overpumped aquifers into sustainability.

Rosedale-Rio Bravo Water Storage District in Kern County has already been using OpenET. The district is using the platform so landowners can track their own water budgets by parcel. Rosedale has also been experimenting with an online water trading market simulation.

“We are doing our homework and comparing it to what else is out there,” wrote Markus Nygren, engineer tech at Rosedale on OpenET, in an email. “But we are not 100% sold on it.”

Some Districts Already Use Satellite Data

OpenET is not the only platform available to estimate evapotranspiration. Land IQ provides a similar service and is being used by multiple water districts in the San Joaquin Valley including Laguna Irrigation District in Kings County and Semitropic Water Storage District in Kern County.

Relying on just the platform isn’t enough, said Jason Gianquinto, general manager of Semitropic. Semitropic started using satellite data in 2016 but didn’t go fully online with the platform until 2018. The Land IQ system is paired with ground base station information gathered throughout the district for maximum accuracy.

The system works well, said Gianquinto. But it took time to get there and was far from perfect at first.

As for OpenET, Gianquinto thinks it could be useful on a large scale, such as for understanding trends across large areas.

“But if you want to drill down to a specific parcel or field I think that’s a shortcoming of OpenET,” said Gianquinto. “You just have to understand the limitations of what the dataset is and I think that’s where I get concerned.”

Related Story: Should State Earmark Billions for Water Projects Every Year? Voters Could ...

Accuracy and Margin of Error

OpenET has released accuracy information about its data. Its data was compared to nearly 150 ground measurement stations across the U.S.

What is considered a good margin of error for this type of tech? There is no right answer to that question, according to Josue Medellin-Azuara, associate professor of civil and environmental engineering at University of California, Merced.

“It would really depend on the application,” said Medellin-Azuara. Even small percentages of error can equate to significant amounts of water in some areas, he said. “It is real water to many people.”

Still, the platform is a great step forward for water management, said Medellin-Azuara. And OpenET’s accuracy will only improve with time as it incorporates more on-the-ground verification and partnerships, he added.

“These kinds of approaches improve transparency,” said Medellin-Azuara. “They help for water management, for research, for many other things to improve water use in California.”

$1 Trillion Bill Brings Billions to the Valley. What Are the Projects?