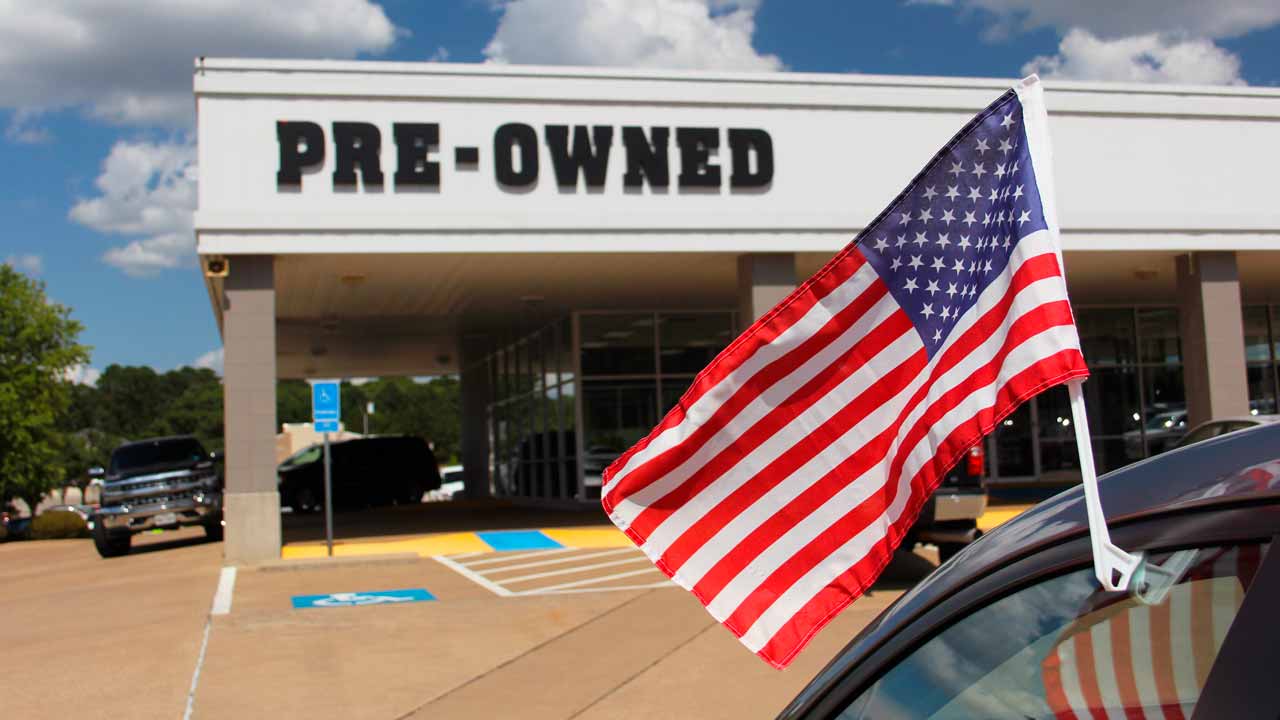 Car dealers are coming up with new strategies to boost inventories these days. (Shutterstock)
Share with friends

You might have a pot of gold sitting in your garage — even if it’s just a 5-year-old Toyota RAV4.

The Fresno-Visalia market saw the biggest increase in used car prices from August 2020 to August 2021, according to iSeeCars, an automotive research firm and data-driven car search engine that helps consumers shop for cars and develops market analyses.

That’s what I discovered recently when I got a call from an employee of Michael Automotive in northwest Fresno, asking if I still owned the RAV4 (I do) and whether I might be interested in selling it (not a chance, I just paid off the car loan this summer so from here on out it’s like driving for FREE).

That cold-calling encounter is one of many strategies that auto dealers in Fresno and across the nation are resorting to as they struggle to boost their inventories so they’ll have more cars for customers to choose from. Right now, because of the computer chip shortage that has hampered new car production for more than a year, the pickings are slim.

In fact, slim to nearly none for some car dealers.

Brian Maas, president of the California New Car Dealers Association, said he heard about one dealer who had only one Cadillac left on his lot.

“When you’re down to that inventory, it’s a challenge,” he said.

Getting Creative in Finding Cars

So dealers are resorting to strategies they think will best help them meet the challenge of having too many customers for too few cars, said Mike Gibson, president of the Central California New Car Dealers Association and general manager of Fresno Lexus.

“I have heard of dealers using social media, email blasts, TV and radio ads,” he said. “They’re using everything they can.”

More targeted approaches, such as calls or emails to specific customers, might yield dealers access to the type of inventory that will find a buyer, he said.

The potential seller will learn that the depreciation that typically happens for used cars — you’ve probably heard the adage that your new car starts to depreciate as soon as you drive it off the lot — isn’t as true these days. And if you’ve got a vehicle that matches the demand dealers are seeing, you’ll be in the driver’s seat, figuratively speaking, Gibson said.

The Fresno-Visalia market saw the biggest increase in used car prices from August 2020 to August 2021, according to iSeeCars, an automotive research firm and data-driven car search engine that helps consumers shop for cars and develops market analyses.

Fresno’s average used car price was the lowest in the nation in August 2020 and fourth-lowest in August 2021, signaling that the local market craves “practical” vehicles, said iSeeCars spokeswoman Julie Blackley. But in the Fresno market, as across the nation, those cars are in high demand, hence the big mark-up in prices.

Car dealers have had plenty of opportunities to sharpen their creative skills over the past decade, first with the recession of 2008-09 that cut into car sales and then the arrival of the pandemic in March 2020 that kept customers at home, Maas said.

But the chip shortage is presenting a different set of challenges for dealers — customers are ready to buy but dealers don’t have the cars to sell to them, he said. So many have employed software that helps them scour wholesale auction sites or other venues and focus on the vehicles that will find particular buyers in their particular market, Maas said.

By using digital tools that employees have on their cell phones, the value of a car can be more quickly assessed, which could put it on the lot even faster, he said.