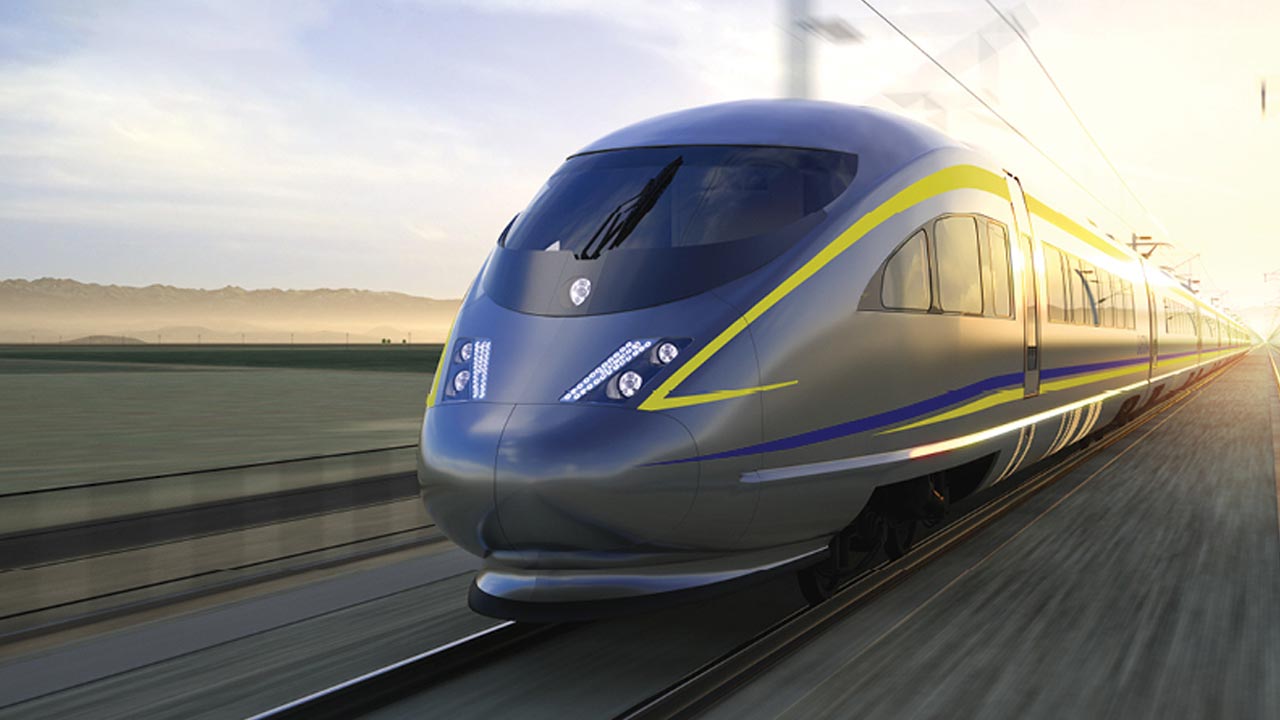 Although I work in Chicago, I have spent the last few months laser-focused on California, communicating with dozens of assemblymembers and senators from all over the state.

Why is a national nonprofit in Chicago so focused on your state? Because what happens in California is a precursor for what changes our nation. And right now, the future of high-speed rail in the United States will be determined by what California does in the next couple of weeks.

I helped found the national nonprofit High Speed Rail Alliance because of my belief in high-speed rail for all of America. California is home to the closest thing the country has to a finished segment of high-speed line. The Merced to Bakersfield segment — as bumpy and lumpy a road as it has been to build — is well underway. This 171-mile segment will be the backbone of the statewide rail network.  It will support trains going 220 mph — the first true high-speed line in the United States.

It will slash travel times between Merced and Bakersfield by 90 minutes, and simultaneously cut travel times between hundreds of other pairs of cities, since riders will transfer to connecting buses and trains at each endpoint. Those services will also be expanded — making travel throughout California faster and more convenient.

Over 50 structures have been built or are being built, and environmental clearance for the connections to San Francisco and Los Angeles is almost finished.

Expediting the completion of the Merced-Bakersfield segment is the most prudent course to take. If legislators allocate the remaining bond funds 53% of voters mandated as a down payment for high-speed rail with Proposition 1A in 2008, California will have almost enough money to finish that first segment. This appropriation is in Gov. Govin Newsom’s 2021 proposed transportation budget. But both the Senate and the Assembly have deferred action on it, and it may not be included in the final transportation budget, which could effectively kill California high-speed rail, as all construction in the Central Valley would stop.

This appropriation is just one of a multitude of transportation investments Newsom is proposing, in a package that will go a long way toward California’s visionary and necessary climate goals of reducing transportation greenhouse gas emissions. He proposes to spend over $5 billion in surplus budget dollars on transportation, getting Los Angeles transit-ready for the 2028 Olympics, rebuilding roads and bridges, piloting zero-emission trucks and buses, and increasing the frequency of public transit to better compete against cars.

Chance to Advance Economics and Infrastructure

This is a unique time in the state. Scarcity is generally the norm for state budgets, but higher-than-anticipated tax revenue has put California in the position of advancing equitable economic recovery, in part by investing a portion of the state’s surplus in badly needed transit infrastructure.

If legislators pass this transformational transportation budget, California will be first in line to compete for federal infrastructure dollars.

Please be clear: This is not a game of chicken.

Several legislators I spoke with seem to think they don’t need to act until they see what the federal government decides to do. But there is only one outcome if they fail to act now and pass the transportation budget: California will miss out on leveraging any federal infrastructure dollars that come down the pike.

Now is the time to pass this entire transportation infrastructure package — including the high-speed rail portion — so that Californians can claim what is rightfully theirs — a chunk of federal dollars for shovel-ready and almost completed visionary projects, with secured state dollars to match against.

High-speed rail has been a dream for long enough. It’s time for California to lead the nation by turning it into a reality.

The Story of Juneteenth, the New Federal Holiday