US Unemployment Claims Slip to Still-High 787,000 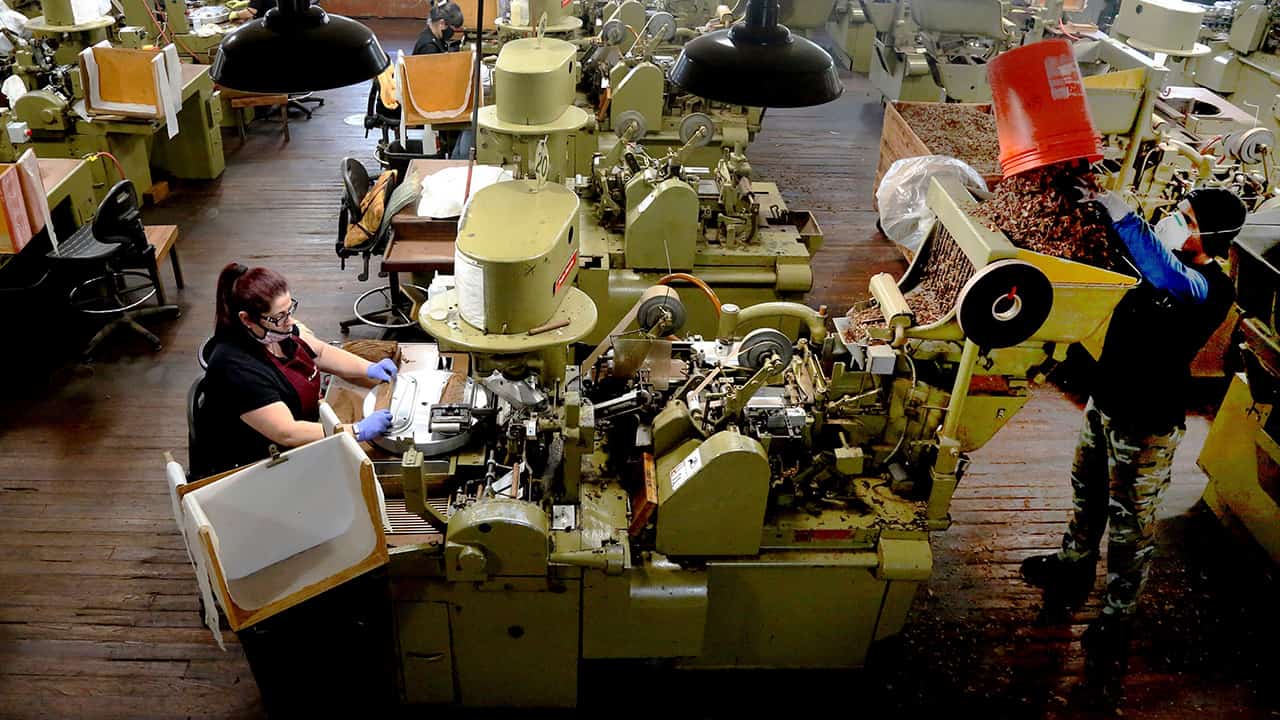 WASHINGTON — The number of Americans seeking unemployment aid fell slightly last week to 787,000, a historically high number that points to a weak job market held back by the viral pandemic.

Thursday’s figure from the Labor Department, a slight decline from the previous week, shows that even with the pandemic recession in its 10th month, many businesses are still laying off workers. Before the recession, weekly jobless claims typically numbered around 225,000.

The renewed surge in virus cases has caused millions of consumers to avoid eating out, shopping and traveling. And states have imposed new restrictions on restaurants, bars and other businesses. Economists at TD Securities estimate that more than half of states are now restricting gatherings to 10 people or fewer, up from roughly a quarter in September.

Those restrictions are forcing many companies, having run through much of their cash reserves, to cut more jobs.

“Unemployment remains extremely high, although not nearly as bad as it was in the spring, and the pace of improvement in the job market has slowed dramatically from the summer,” said Gus Faucher, an economist at PNC Financial. “Job growth should pick up in the spring as vaccine distribution continues, better weather allows for more outdoor activities and states gradually loosen restrictions.”

Many economists, along with the Federal Reserve’s policymakers, say they’re hopeful that once the coronavirus vaccines are more widely distributed, the economy will achieve a broader recovery in the second half of the year.

The $900 billion financial aid package that Congress enacted last month should also help accelerate an eventual rebound. Late Wednesday, Goldman Sachs upgraded its forecast for economic growth this year to a robust 6.4%, up from 5.9%. Its upgrade was based in part on the expectation that the Biden administration, with help from the now-Democratic Senate, will support another rescue aid package.

Last month’s stimulus measure provided a $300-a-week federal jobless benefit on top of an average state benefit of about $320. As many as half the states are now distributing the federal benefit, according to an unofficial tally at UnemploymentPUA.com. In states that take longer to pay out the $300, any missed payments can be made retroactively.

A federal program that provides extended benefits, after state benefits run out, was lengthened to 24 weeks by the aid package. That program will remain in place until mid-March. A separate program that provides jobless aid to contractors and gig workers who previously weren’t eligible was also extended for 11 weeks. Both benefits had briefly expired Dec. 26, threatening about 13 million people with a cutoff in aid.

Thursday’s report also showed that the number of people who are receiving regular state unemployment aid fell 125,000 to 5.1 million. And fewer people were on extended unemployment benefit programs. Those declines suggested that many of those people have used up all the benefits available to them, including extended federal aid. They can reapply, though, now that more weeks of aid are available. Overall, more than 19 million people are still receiving some form of unemployment benefit.

On Friday, the Government Will Likely Issue a Gloomy Jobs Report for December

The Labor Department said this week that despite President Donald Trump’s delay in signing the relief package — he did so six days after Congress’ approval — jobless benefits under the extended programs that lapsed Dec. 26 should be paid out without interruption.

On Friday, the government will likely issue a gloomy jobs report for December. Economists expect it to show that hiring slowed for a sixth straight month. Some analysts have estimated that the economy shed jobs in December for the first time since April.

The continued weakening of the U.S. job market coincides with other signs that hiring and economic growth are faltering under the weight of the pandemic. On Wednesday, payroll processor ADP reported that private employers shed 123,000 jobs in December, the first such monthly decline since April. ADP’s figures generally track the government’s jobs data over time, though they can diverge significantly from month to month.

Last month, Coca-Cola Co. said it would cut 2,200 jobs from its global workforce, with about half those layoffs occurring in the United States. 3M, a major manufacturer, has said it will lay off 2,900 workers worldwide.

In November, U.S. consumer spending declined for the first time in seven months, having steadily weakened since summer. Retailers have been especially hurt. Purchases at retail stores have dropped for two straight months.

During the holiday shopping season, consumers pulled back on spending, according to debit and credit card data tracked by JPMorgan Chase based on 30 million consumer accounts. Such spending was 6% lower in December compared with a year ago. That was worse than in October, when card spending was down just 2% from the previous year.