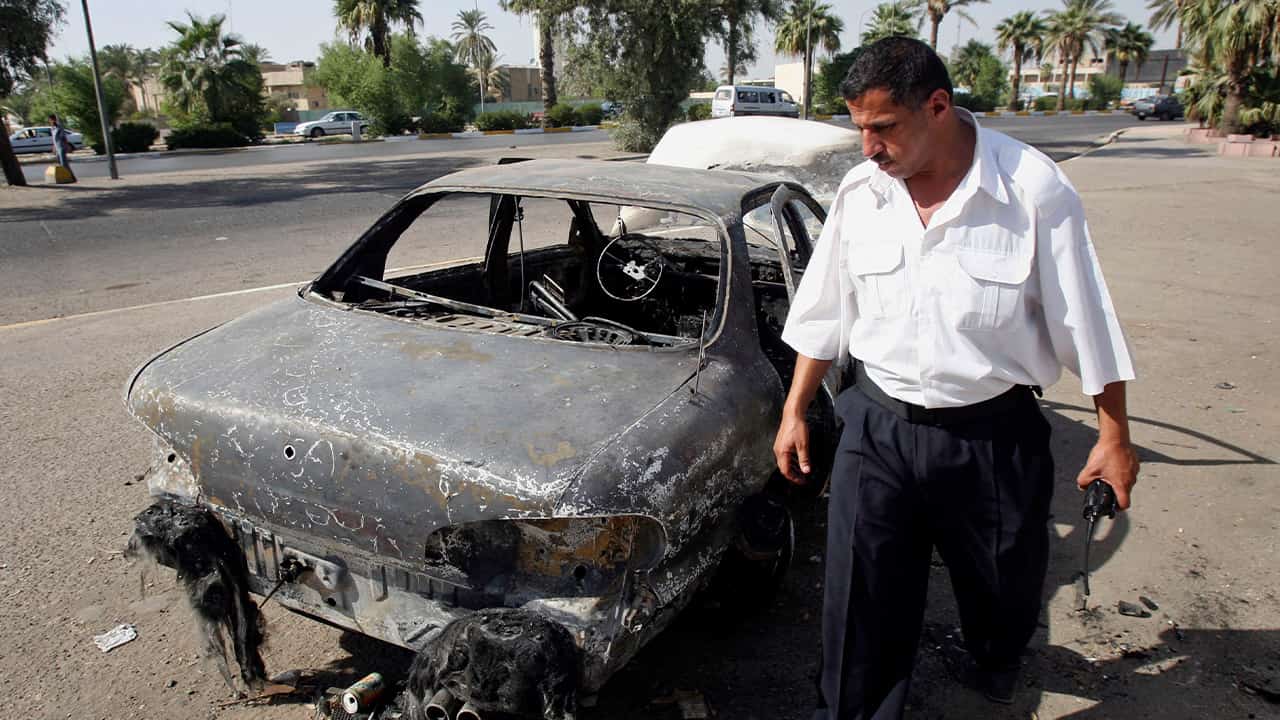 BAGHDAD — Faris Fadel had just one word to describe the recent pardoning by the Trump administration of four private security contractors convicted of killing Iraqi civilians — including his brother — in a public square 13 years ago: Unfair.

Fadel’s brother, Osama Abbas, had been on his way to work that fateful day. He had just crossed a street into Baghdad’s Nisoor Square to do a money transfer — a last minute change in plans that would cost the 41-year old electrical engineer his life.

At the time, the Blackwater firm had been contracted to provide security for U.S. diplomats in Iraq. It was four years after the 2003 invasion of Iraq that ultimately toppled Saddam Hussein. The four men, military veterans working as contractors for the State Department, opened fire in the crowded traffic circle killing 14 Iraqis, including a child, and wounding over a dozen more.

The shooting of civilians by the contractors prompted an international outcry, left a reputational black eye on U.S. operations in Iraq and brought into question the government’s use of private contractors in military zones.

Nicholas Slatten, Paul Slough, Evan Liberty and Dustin Heard were convicted on murder and manslaughter charges in 2014 after a months-long trial in federal court in Washington. Each had pleaded innocent.

“This decision was wrong, it was unfair,” said Fadel, now 44 years old. “How can you release those who have blood on their hands?”

Abbas left a wife and four children behind. The eldest was in her second year of university and the youngest in the last of primary school at the time of his death. He was happy with his life, Fadel recalled.

“He didn’t have much, but he didn’t want for anything,” he said.

On that day in September 2007, Abbas was on his way to work but decided to cross the road to a money transfer service. Fadel recalled it was a time when the country was still reeling in the aftermath of bloody sectarian street wars. “We were starting to feel like we could come up for air,” he said.

Fadel Lost Not Only a Brother, but a Father Figure

Then, the bullets rained down on Nisoor Square.

Defense lawyers for the four contractors argued they were returning fire after being ambushed by Iraqi insurgents. Prosecutors said the convoy had launched an unprovoked attack using sniper fire, machine guns and grenade launchers. Iraqis considered it a massacre.

Years after the attack, Fadel is still bitter. “They were all civilians, they weren’t guilty of anything,” he said.

Fadel lost not only a brother, but a father figure. Ten years his senior, Abbas had looked after the family following the untimely death of their father at a young age.

Abbas had started his own engineering company and took responsibility for the entire family. His death had sent them down a spiral of shock and insolvency. His widow didn’t speak for days and his mother took to a wheelchair after suffering cardiac arrest from the shock. Abbas’ youngest son suffers from severe depression.

“They destroyed our home and our family,” he said of the contractors.

Five years after Abbas’ death, Fadel took over the role of family breadwinner. “But I couldn’t do 5% of what my brother did,” he said. “I couldn’t replace their father.”

Fadel also blames the Iraqi government for not pushing for justice sooner. Iraq’s Foreign Ministry, hours after the pardon was announced, said it would follow up with the United States over diplomatic channels, saying the move “regrettably ignored the dignity of the victims and the feelings and rights of their relatives.”

Asked what would bring him peace of mind over a decade since his brother’s killing, Fadel said only a death sentence for the contractors could bring solace.

“They are guilty, you don’t need a court to prove it.”