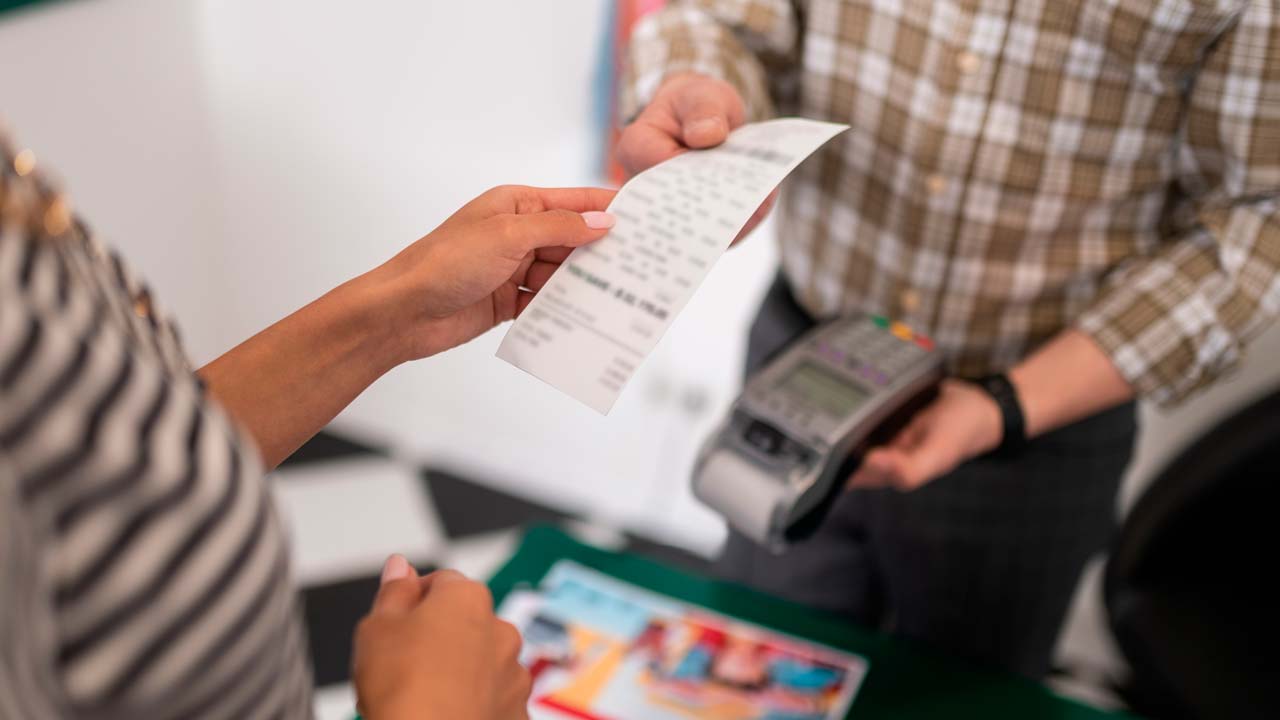 Late September would be the soonest Measure P money would be available to spend on parks, a city official says.

After last week’s Court of Appeal ruling that the 2018 Fresno sales tax measure has passed, there are still plenty of steps before the tax is implemented.

Fresno City Council president Miguel Arias said the issue may be taken up when the council reconvenes on Jan. 7. It is not yet clear what will be specifically discussed.

The council would have to change its Dec. 13, 2018 vote certifying that Measure P had failed. The council voted 7-0 at the time accepting the November 2018 election results based on the city’s interpretation of state law.

Under the language of Measure P, the start date for collecting the sales tax it authorized would be the first quarter after 110 days following adoption of the ordinance. That means July 1 is the next available quarter to start, as long as the city clerk certifies (or re-certifies) the election by March 13, 2021.

Fresno Controller Michael Lima says the state collects sales tax money and redistributes it back to the city. That process usually takes 90 days, indicating a late September 2021 date before Measure P money begins to comes in.

Measure P laid out a specific, 25-page formula on how to spend the money. The revenue raised from the increased sales tax can only be spent as dictated and not on other city programs. 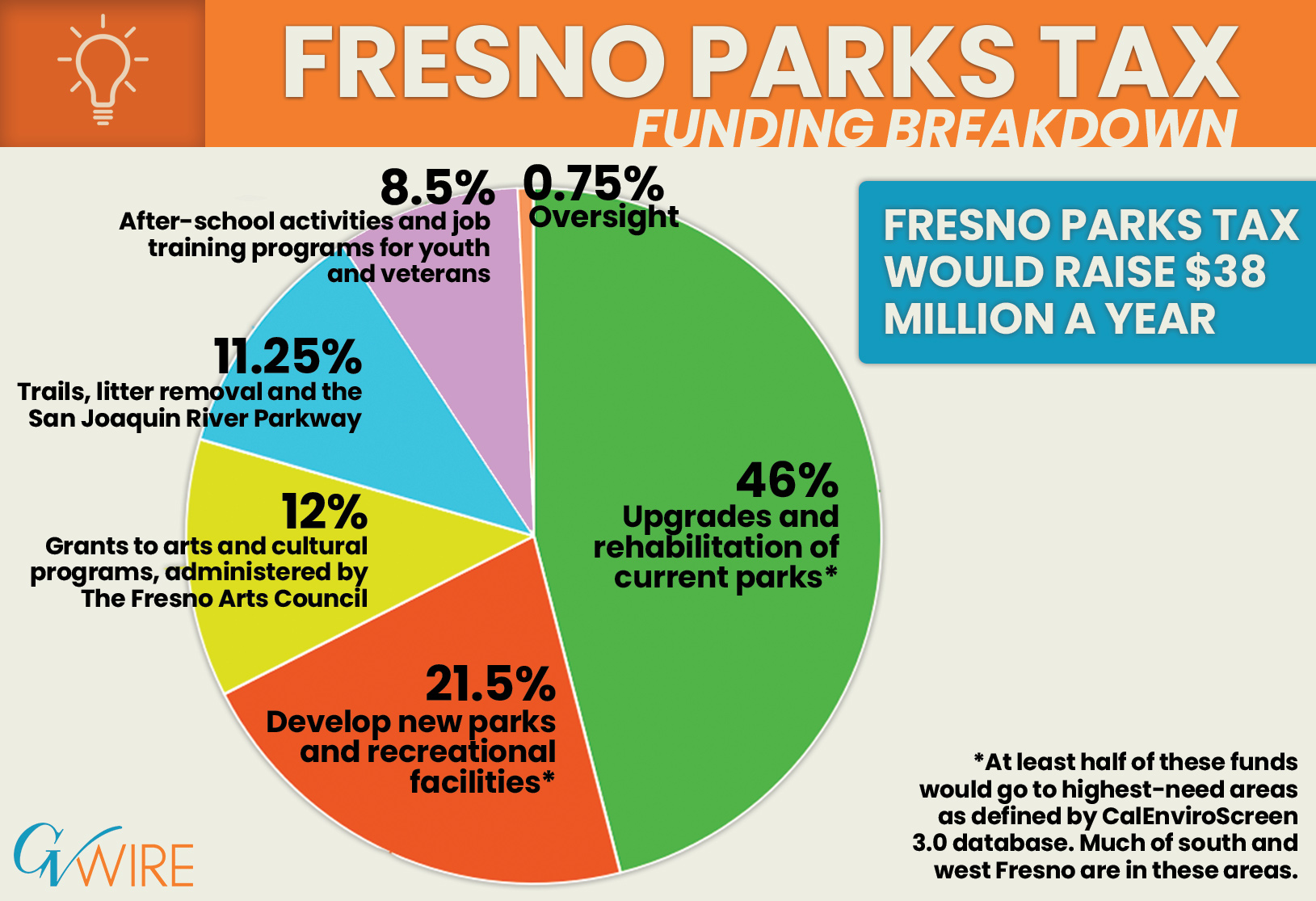 Only 67.5% would actually go to city park facilities— 46% to upgrade and rehabilitate current parks, and 21.5% to develop new parks.

The remaining money would go to arts and cultural programs (12%), trail improvement along the San Joaquin River Parkway (11.25%), after-school and job training programs (8.5%) and oversight (0.75%).

Half of the parks funds would be dedicated to “highest-need” areas as defined by CalEnviroScreen 3.0, a state database. The current Measure P ordinance language includes many specific dates that have already expired. It is unknown how that would effect the law in its future implementation. One example was a June 30, 2019 deadline to appoint a parks commission.

Measure P also mandates creating a nine-member Parks, Recreation and Arts Commission. The board would be appointed by the mayor, with city council approval.

The board’s primary role would be to make recommendations to the city council on Measure P spending.

Based on the current economy, the revenue estimate has been reduced to $34.1 million, according to Lima.

That is based at the current sales tax rate of 7.975% of which 0.75% goes to things like transportation tax Measure C, the library tax and the zoo tax. Of the remaining 7.225%, 13% of that trickles back to city coffers.

Fresno has a sale taxable base of $9.5 billion, which can go up or down, Lima said.

“It’s awful hard to tell because of the shutdown and the lockdowns that are going on right now. It’s hard to estimate,” Lima said.

The biggest contributors are big box stores. Costco is number one, foll0wed by Wal-Mart, Target and Home Depot.

The sales tax applies to most goods sold in stores. It would not apply to real estate transactions.

For cars and boat purchases, the sales tax is applied to the address of the purchaser, not the location where the item is bought.

Prior interpretation of the law held that such a vote — for a tax that went toward a specific purpose — needed two-thirds to pass.

That notion was challenged by Measure P supporter Fresno Building Health Communities. The appeal court found that if such a tax measure is brought to voters through the initiative process, as Measure P was, it only needed a majority.

Tim Bittle, attorney for the Howard Jarvis Taxpayers Association who argued against Measure P, says he will ask for a rehearing from the Fifth District Court of Appeal and an appeal with the state Supreme Court if necessary.

If the Supreme Court declines to take the case, the appeal court rulings stands.

According to a state court spokesperson, grounds for the Supreme Court hearing a case include “(if it) is necessary to secure uniformity of decision among the appellate courts, or to settle an important question of law.”

In September, the high court refused to hear a similar case regarding a November 2018 San Francisco tax measure, establishing only a majority is needed to pass a petition-led special tax.

There is one other pending case in the San Francisco-based First District Court of a Appeal, with the same question about voting threshold. That pertains to a June 2018 San Francisco special tax measure placed on the ballot by petition. Both the June and November 2018 taxes were known as Proportion C, but were different and went toward different purposes.

Biden Gets COVID-19 Vaccine, Says ‘Nothing to Worry About’