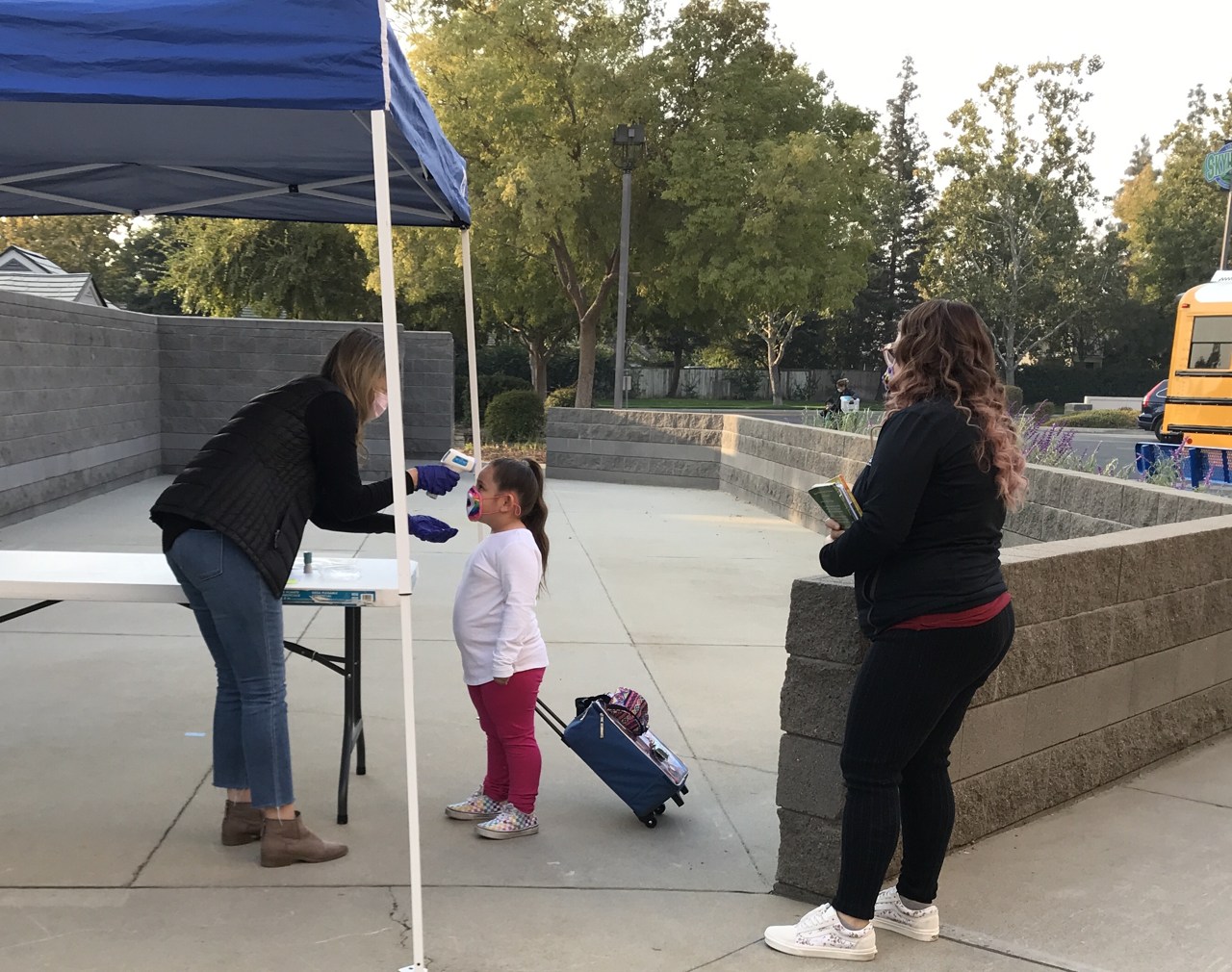 Jeremiah Humann gave his mother a hug Tuesday morning before heading to his third-grade class in Room 11 at Liberty Elementary school in northeast Fresno.

Heather Humann said that while she’s “super-excited” that the first of her three boys is back in school again, Jeremiah didn’t talk much on the ride to school and seemed “a little bit calm.”

But she said he’s excited to be back with his friends in person more than half a year after schools were closed abruptly due to the coronavirus pandemic.

Normally, Jeremiah would ride the bus to and from school, but since it was the first day back at school for classes, “I decided to bring him in,” Humann said.

Back to School on Tuesday

Clovis Unified is leaving it up to school communities to decide when to bring students back, and in what order. In some schools, younger students are returning first, followed by older students. The first day of school also ranges from Tuesday all the way to January.

Related Story: Some Clovis Unified Kids Back in School Within Weeks. Others Not Until January, ...

Liberty Elementary surveyed its parents and found support for returning to school was strong, Petersen said.

Liberty’s kindergartners will be on half-day daily schedules each day, as they were prior to the COVID-19 outbreak, he said.

For grades one through six, Liberty scheduled three tracks, with Track A students at school Mondays and Thursdays and Track B on Tuesdays and Fridays, he said. Track C is for students whose parents want them to continue to learn online. All three tracks are online on Wednesdays.

But even when they’re not in school, Liberty pupils will be in class with their teachers, each of whom is simultaneously teaching students in the classroom and online, Petersen said. That keeps continuity between student and teacher, no matter the location, he said. 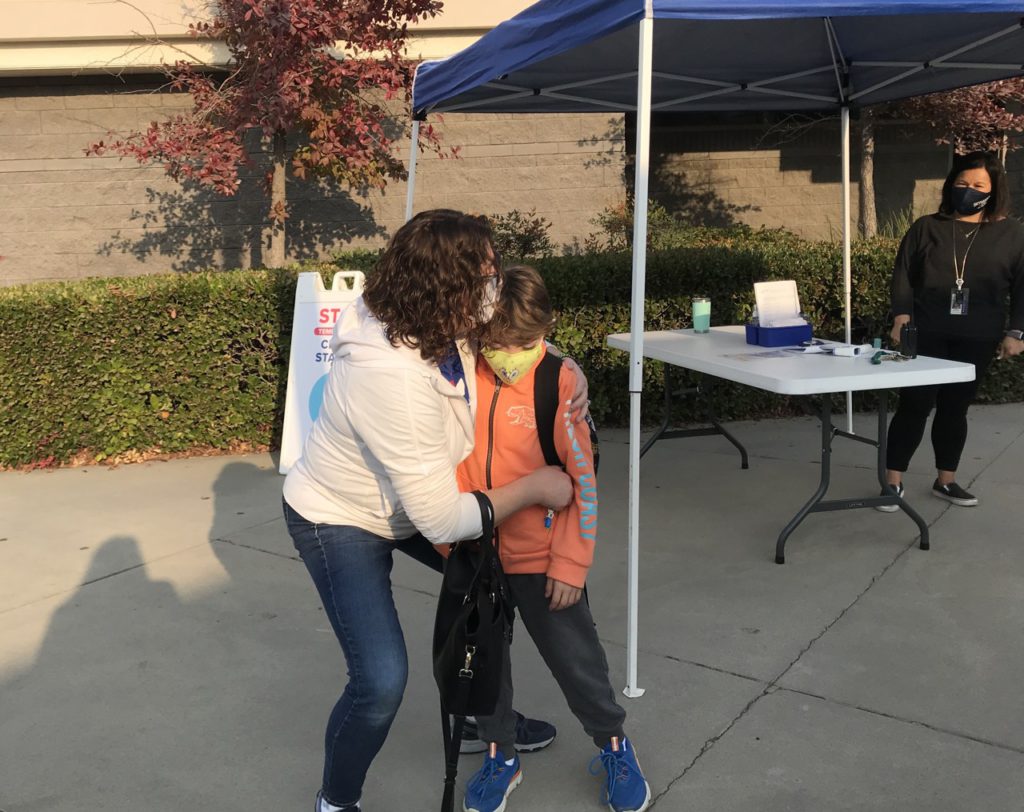 Bill Menke drove his daughter, Edie, to Liberty for her morning kindergarten class and then had to hurry back home to the Friant area with his third-grader son Drew, who had to start his Zoom class in the car on the way home.

Drew is on Track A, so his first day back at school with classmates will be Thursday, Menke said.

“He’s a little nervous, but he likes routine and he’s excited about being back in class,” Menke said.

The kids were a little tired Tuesday morning because they had to get up earlier so Edie could be on time for school, he said. With Zoom classes, they could sleep a little later and still be online in time for class.

Ana Muro said her 5-year-old son, who she declined to name, was excited about being in class with his kindergarten classmates. Distance learning had been hard for him because he was isolated, with no siblings and no access to his friends, Muro said.

“He hasn’t been able to socialize,” she said. “He’s been in the house for months without any small kids around, so sometimes he would be angry.”

Chris Tolbert drove his third-grade daughter Tia to school on Tuesday. She’s been back at school in a small group since early October, so Tuesday’s first day of school was a bit anticlimactic, he said.

“I asked her this morning, are you excited about school, and she said ‘nah,’ ” Tolbert said with a laugh. “But when she first came back she was excited. And I think she’s a little bit excited today, she’s missed her classmates.”