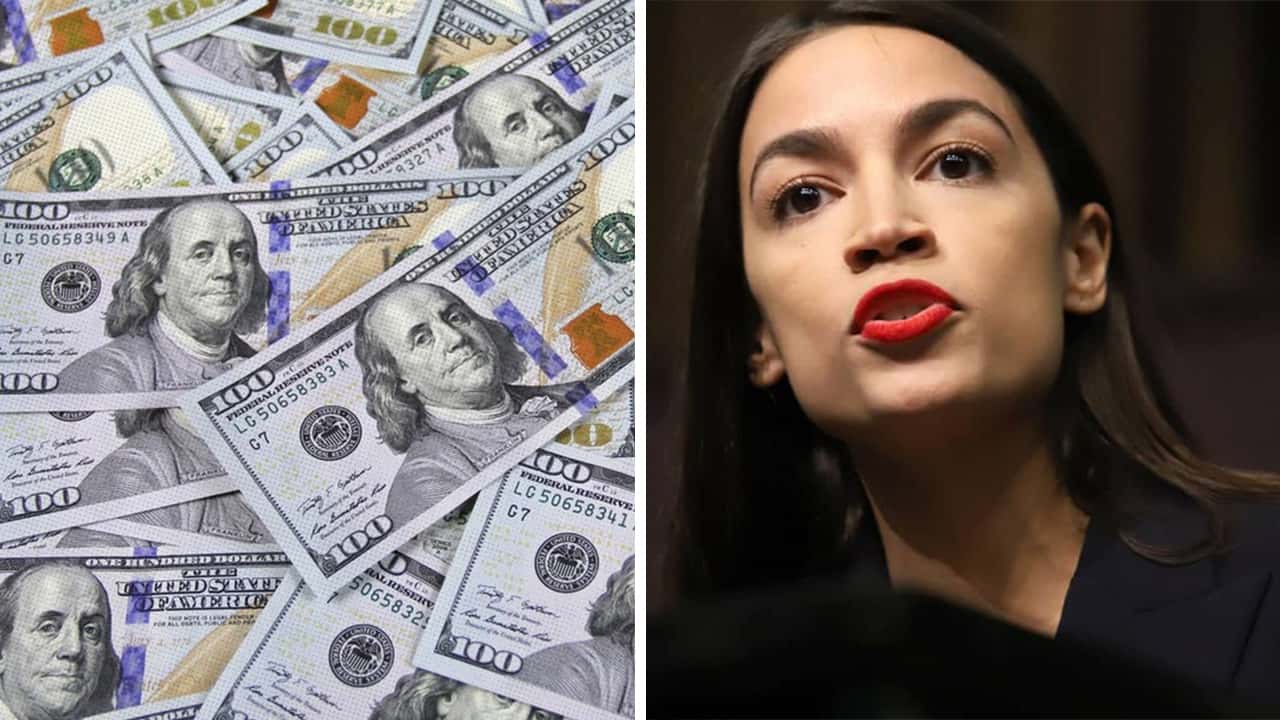 French philosopher Voltaire famously quipped: “If God did not exist, it would be necessary to invent him.” Something similar can be said of modern monetary theory, also known as MMT, because it may be the economy’s only hope to get through the pandemic. Coined by Australian economist Bill Mitchell and popularized recently by Democrats like Rep. Alexandria Ocasio-Cortez to fund programs such as the Green New Deal, MMT holds that a country with its own currency can spend almost unlimited sums of money. While government spending is normally financed by either taxes or borrowing, MMT suggests that governments can also do this by simply creating money.

I’m currently working on a book chapter that examines various economic theories about government debt, including MMT. I believe this theory is now being put to the test as the U.S. and other countries spend unprecedented amounts of money to aid companies, workers and their citizens during the coronavirus pandemic.

There is little doubt that the world faces enormous economic problems.

The situation in the U.S. is already worse than at any time since the Great Depression, with millions unemployed and tens of thousands of businesses filing for bankruptcy.

The U.S. government has already spent about US$3 trillion seeking to mitigate the damage. As a result, the federal government deficit for this fiscal year will be far greater than any since World War II. And the government is expected to add $1 trillion to $3.5 trillion more red ink, assuming lawmakers agree to another relief bill.

All this spending helps prop up industries such as beleaguered airlines, keeps small businesses afloat and supports Americans who have lost jobs or incomes. The U.S. is hardly the only country throwing money at the coronavirus recession. Most developed nations are increasing government spending and debt levels to prop up their economies.

MMT to the Rescue

A big concern, however, is whether countries can afford all this spending.

Traditionally, economists have argued that higher spending today means taxes will have to go up to pay for it. This outcome can be put off, for a time, by borrowing money from investors.

Both options have risks. Higher taxes hurt consumer and business spending. And increased borrowing can lead to rising interest rates, which raises costs for consumers and businesses. Both end up hurting economic growth, which is why some are arguing the U.S. can’t afford to spend more money fighting the coronavirus recession.

MMT dismisses this reasoning and argues currency-issuing countries like the U.S. have a third option: Make money out of thin air.

In a bare-bones version of MMT, the Treasury Department borrows from investors to finance spending, as it usually does, but then the Federal Reserve buys a significant share of that debt, depositing funds in the government’s checking account and creating money in the process.

This allows the government to then spend the money it wants. The Treasury and Federal Reserve may not call it MMT, but that is essentially what it is.

And that’s what happens when the Fed buys the bonds the Treasury is issuing to finance coronavirus relief spending. The central bank deposits money that didn’t exist before into the government’s account, which then gets transferred into the bank accounts of people and business firms when the government spends the money.

In just the past few months, the Fed has purchased almost $2 trillion in government debt, or more than half of what Congress has so far agreed to spend.

No need to raise taxes. No worries about interest rates. “New money” helps save the day.

If that sounds a little too good to be true, it might be.

One fear regarding MMT is that the money created will lead to excessive spending and generate inflation, which would reduce the value of people’s savings and generate political instability.

At the moment, the money being created and spent replaces income that workers and businesses would have received had there been no COVID-19. Basic economic theory tells us this shouldn’t cause inflation to rise – as would likely happen if money creation came on top of normal wages and profits that people receive and then spend.

The recent history of Japan provides some support for the idea that a country can increase its monetary supply without spurring inflation. The government’s been trying to do so since the 1990s, yet inflation in Japan has remained very low, averaging under half a percent a year over the past decade. Likewise, enormous money creation during the Great Recession did not lead to higher inflation in the U.S., though it did in Germany, during the early 1920s.

Acknowledging this possibility, MMT advocates contend that if inflation does accelerate, it can be controlled by tax hikes, less government spending or some other means.

I worry that if there is a second coronavirus wave in the fall, as public health officials believe, the U.S. government will need to spend trillions more. MMT tells us we can simply keep creating money indefinitely – or until inflation spikes.

But past history is no guarantee of future success. If inflation does start to rise during the pandemic, at a time when it’s unlikely the U.S. would either cut spending or raise taxes, we may find that MMT is not a practical solution after all.

[Understand new developments in science, health and technology, each week. Subscribe to The Conversation’s science newsletter.]

A Future Test of Political Will

A final test of MMT will come when the current pandemic ends, and the U.S. economy begins returning to normal.

At this point there will be a great deal of money circulating in the U.S. economy, way more than is needed to support a normal, growing economy. If it’s not “drained,” by essentially taking it from people and companies through taxes or higher interest rates, inflation becomes a growing risk.

Will tomorrow’s politicians have the will to raise taxes? Will the Fed be able to reduce its support for the economy and raise interest rates? These decisions will be painful, however necessary, even if the economy is in great health.

But that’s for tomorrow. For now, I believe governments must be pragmatic. More spending – financed by creating money so that families can stay at home, pay the rent and put food on the table – seems a very good trade-off.

Like God, MMT provides us with hope that we can make it through our current difficult times – not with prayer but with an economic policy that encourages us to spend what is necessary.

Steven Pressman is a professor of economics at Colorado State University.

COVID-19 Closures Costing Fresno Economy Millions. How Do We Get Off State Watch List?