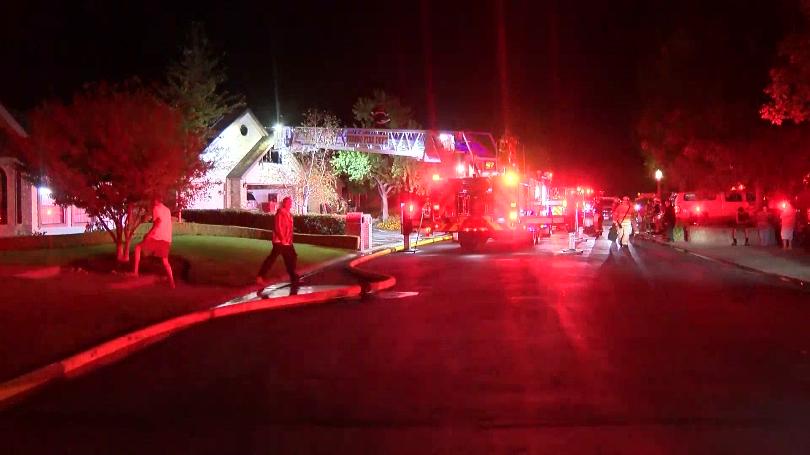 What was the apology for?

The arguing that ensured after the council learned Fresno Mayor Lee Brand’s administration never filed for an important federal grant. The grant would have provided more than $6 million over five years for Donis’ understaffed department.

The mayor’s team told the council that concerns over the city’s finances during COVID-19 and the possibility of declining the grant influenced their decision not to apply.

City manager Wilma Quan and chief of staff Tim Orman apologized for not telling councilmembers of their decision.

As you might imagine, the councilmembers didn’t appreciate their orders going ignored by Brand’s upper echelon.

On March 19, as part of the council’s approval for raising fire department service fees, the council directed city staff to apply for a federal SAFER grant.

Donis told the council that the grant could have paid for nine additional firefighters and a safety officer.

Arias had harsh words for the administration.

“I am frankly pissed at the fact that (it took) just this budget hearing for you guys to be upfront with this and that you had to be probed for you to tell us. Quite frankly, I don’t think I was the only one that was blindsided today,” Arias said. “The trust that we’ve built thus far completely got burned.”

Brand sent GV Wire this statement regarding the application for the SAFER funding.

“After reviewing the budget forecasts for the upcoming fiscal year and for the next five years, we made the decision to not apply for a SAFER grant.  Even in the best case scenario where CARES Act funding covers $40 million of our expenses, we are looking at a $86 million deficit between now and June of 2025.  The net cost to the General Fund to hire 9 firefighters by SAFER Grants would have been $6.6 million over 5 years.

“I understand why council is upset, but my administration is doing everything in our power to respond to a COVID-19 pandemic that no government in the country was prepared for and have had to make a great many decisions in a very short period of time,” Brand said.

Councilman Garry Bredefeld made a motion to remove $1 million from the budget of the mayor and city manager.

For the last few meetings, Bredefeld has had a hard time finding support for his ideas from his colleagues. This time, multiple councilmembers offered a second. All motions made during the budget process will be heard on June 22.

“This council took a legislative action to apply for that SAFER grant. And this administration decided not to tell anybody on the city council and just to say, ‘well, we’ve made a decision not to do that.’ That usurps the entire role of city government,” Bredefeld said. “Frankly, an apology from the chief of staff means nothing to me. That the chief of staff, the mayor, should apologize to every firefighter that worked for you, that is now more unsafe because we didn’t apply for nine more firefighters. That’s where the apology belongs.”

Brand said such a cut is unfair.

“We absolutely should have communicated better with council, but for them to consider cutting $1 million from the $4.49 million budget for the Mayor and City Manager’s Office is a knee-jerk reaction. That is a 22.7% cut and would make fulfillment of our required and necessary duties immensely more difficult,” Brand said.

“I don’t see how we could cut almost one quarter of our 30-person staff and still be able to provide the people of Fresno the services they deserve.”

Donis told the council that the minimum daily staffing was at the same level as it was in the 1980s. Fresno’s population has doubled since then to 545,769. It is the state’s fifth-largest city.

“Our department has been and continues to be the lowest staffed fire department in the state and the country that serves a similar population and runs a similar call volume that we do,” Donis said.

Donis said there are about 315 sworn firefighters on duty, 80 each shift. Fresno has 0.55 firefighters per 1,000 residents; the state average for a metro department is 0.81.

And, the department’s administrative staff still hasn’t fully recovered from the 2008 recession.

“Reduction in staffing will result in daily closing the fire stations — impacting our citizenry (with) slower response times, increased risk to firefighters’ safety, and erasing the organization progress that has taken place for the last six years,” Donis said.

Airports director Kevin Meikle said operations are at 30% of pre-COVID levels, but he expects things to climb to 70% by next year. He says federal stimulus money from the CARES Act will help.

Transportation director Gregory Barfield said his department uses 12 Fresno police officers at a cost of $2 million. There were 15,000 calls to police for service on buses. He said fare evasion was no longer a problem after placing fare boxes in the bus and eliminating rear-bus boarding.

Parlier Man Kills 2 and Himself Before Hitting Train