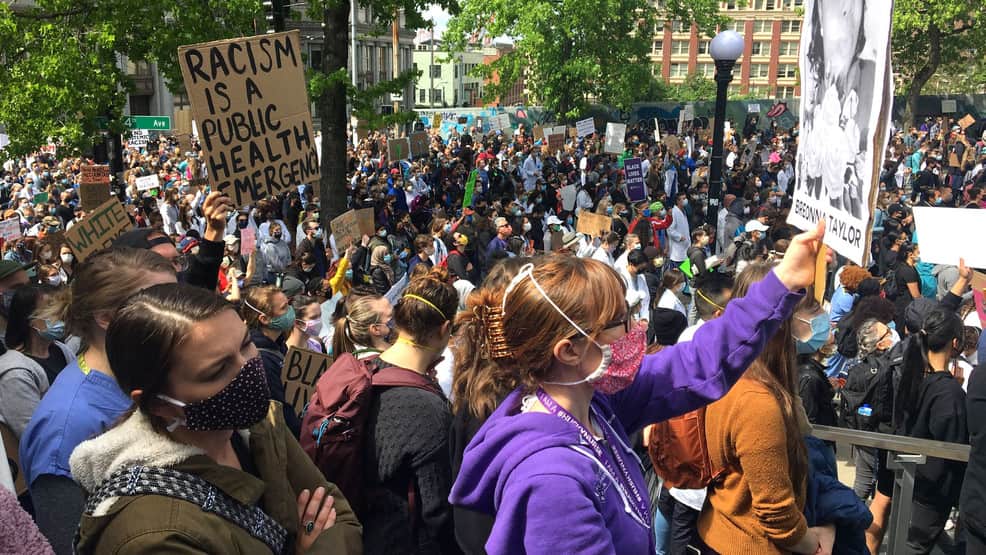 The New York Times Subscription
SEATTLE — On the streets next to a police precinct in Seattle’s Capitol Hill neighborhood, protesters and officers spent a week locked in a nightly cycle of standoffs, at times ending with clouds of tear gas.
But facing a growing backlash over its dispersal tactics in the aftermath of George Floyd’s death in Minneapolis, the Seattle Police Department this week offered a concession: Officers would abandon their precinct, board up the windows and let the protesters have free rein outside.
In a neighborhood that is the heart of the city’s art and culture — threatened these days as rising tech wealth brings in gentrification — protesters seized the moment. They reversed the barricades to shield the liberated streets and laid claim to several city blocks, now known as the “Capitol Hill Autonomous Zone.”
Read More →

Wiped Out: Safeway Sued for Price Gouging Toilet Paper and Other Supplies

‘That Virus Took My Family Away’: SoCal Couple Dies From COVID-19 One Day Apart, Leaving Behind 5 Young Children