Protests Large but Peaceful After New Charges in Floyd Case 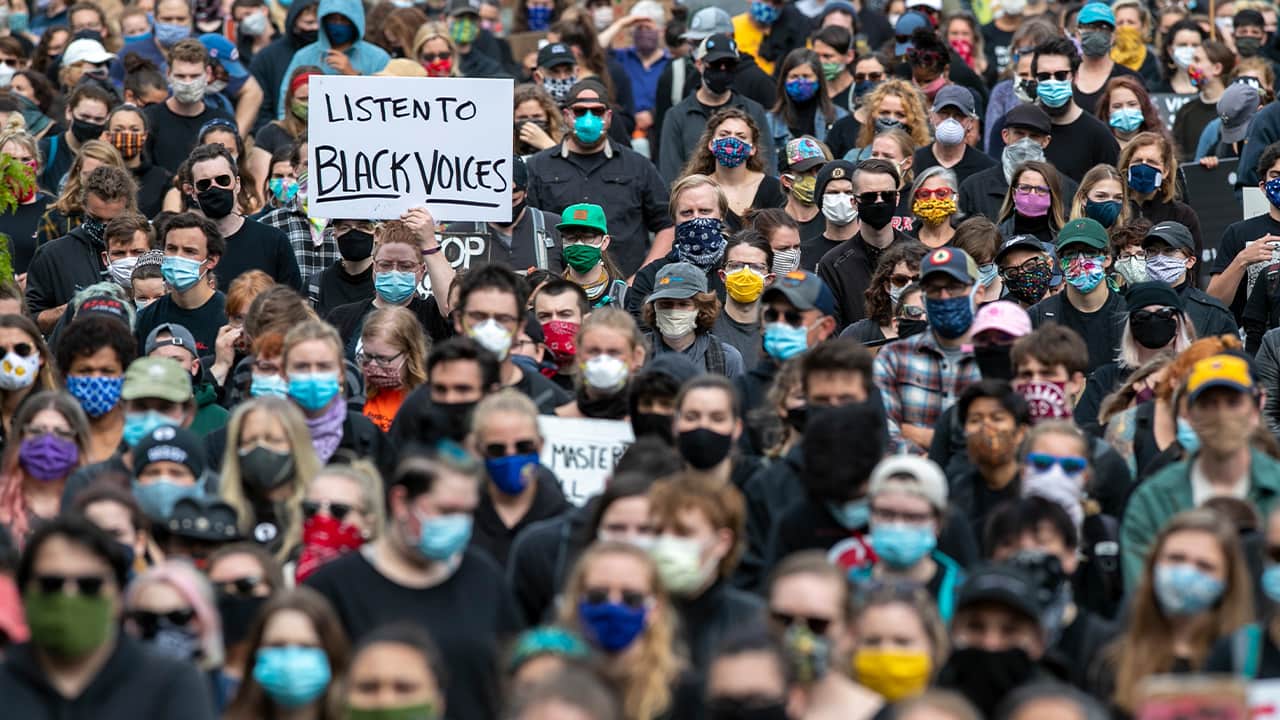 MINNEAPOLIS — Demonstrations across the U.S. to condemn racism and police abuses remained large but mostly without the violence of previous nights on the eve of a Thursday memorial service for George Floyd that kicks off a series of events to mourn the man whose death empowered a national movement. 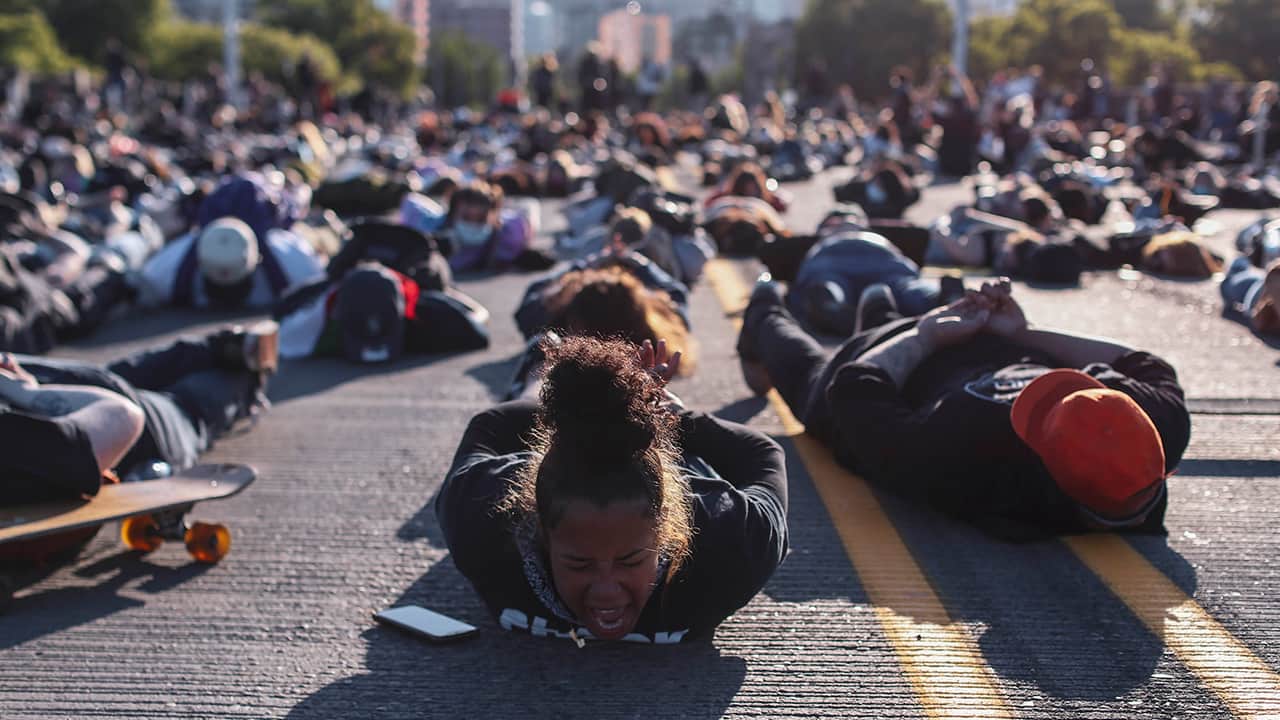 In this Monday, June 1, 2020 photo, protesters prepare to observe nine minutes of silence on the Burnside Bridge in Portland, Ore. Portland will not impose a curfew on Tuesday night for the first time in four days after several thousand demonstrators remained largely peaceful during a march the night before to protest the killing of George Floyd in Minneapolis. (Beth Nakamura/The Oregonian via AP)

The first of three memorial gatherings for the man whose name has been chanted by hundreds of thousands of people was planned for Thursday afternoon in Minneapolis, with the Rev. Al Sharpton and family attorney Ben Crump speaking. Floyd’s body will then travel to Raeford, North Carolina, where he was born 46 years ago, for a public viewing and private family service Saturday.
And there will be a large service Monday in Houston, where Floyd spent most of his life. That will include addresses from Sharpton, Crump, and the Rev. Remus E. Wright, the family pastor. Former Vice President Joe Biden, the presumptive Democratic presidential nominee, may attend. A private burial will follow.
Crump called the additional charges against the officers “a bittersweet moment” and “a significant step forward on the road to justice.”
Minnesota Gov. Tim Walz, said Americans need to “seize the moment” and confront the effects of racism, including unequal educational and economic opportunities.
“I think this is probably our last shot, as a state and as a nation, to fix this systemic issue,” Walz said.
Hundreds of protesters were in New York City’s Washington Square Park when the charges were announced.
“It’s not enough,” protester Jonathan Roldan said, insisting all four officers should have been charged from the start. “Right now, we’re still marching because it’s not enough that they got arrested. There needs to be systematic change.”
The mood in New York turned somber later in the day after a police officer on an anti-looting patrol was ambushed by a man who walked up behind him and stabbed him in the neck. Two other officers suffered gunshot injuries to their hands in the struggle, and the attacker was in critical condition after being shot by police.
Chauvin was initially charged with third-degree murder and second-degree manslaughter, counts that still stand.
The new second-degree murder charge alleges that Chauvin caused Floyd’s death without intent while committing another felony, namely third-degree assault. It carries a maximum penalty of 40 years in prison, compared with a maximum of 25 years for third-degree murder.
The other officers — Thomas Lane, J. Kueng and Tou Thao — face the same maximum penalties for aiding and abetting. All three were in custody by Wednesday evening. The multiple charges against each officer would offer a jury more options to find them guilty.
Also Wednesday, the Hennepin County Medical Examiner’s Office released the full autopsy report on Floyd, which noted he had previously tested positive for COVID-19 but was apparently asymptomatic. The report was released with the family’s permission. A summary had said Floyd had a heart attack while being restrained. 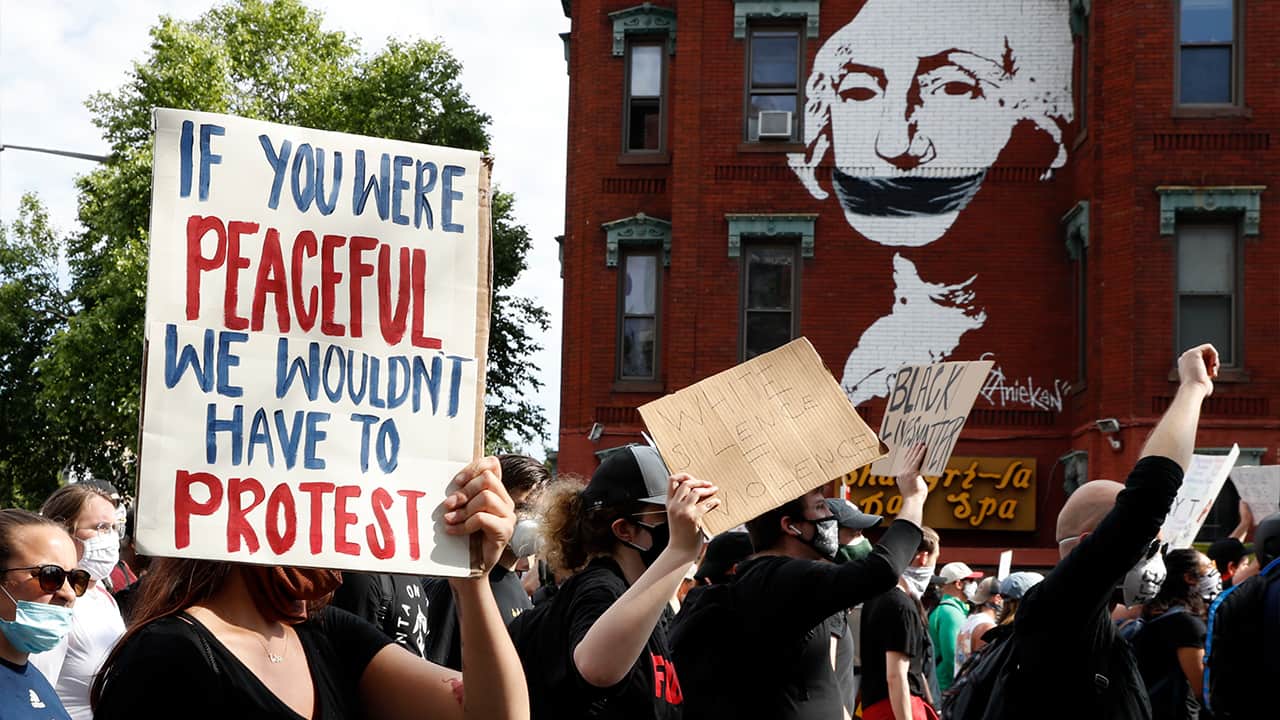 FILE – In this June 2, 2020, file photo, demonstrators march to protest the death of George Floyd in Washington. Floyd died after being restrained by Minneapolis police officers. (AP Photo/Jacquelyn Martin, File)

Military Vehicles Were Parked on Streets Near the White House

President Donald Trump has pushed the nation’s governors to take a hard line against the violence. He again tweeted Wednesday: “LAW & ORDER!”