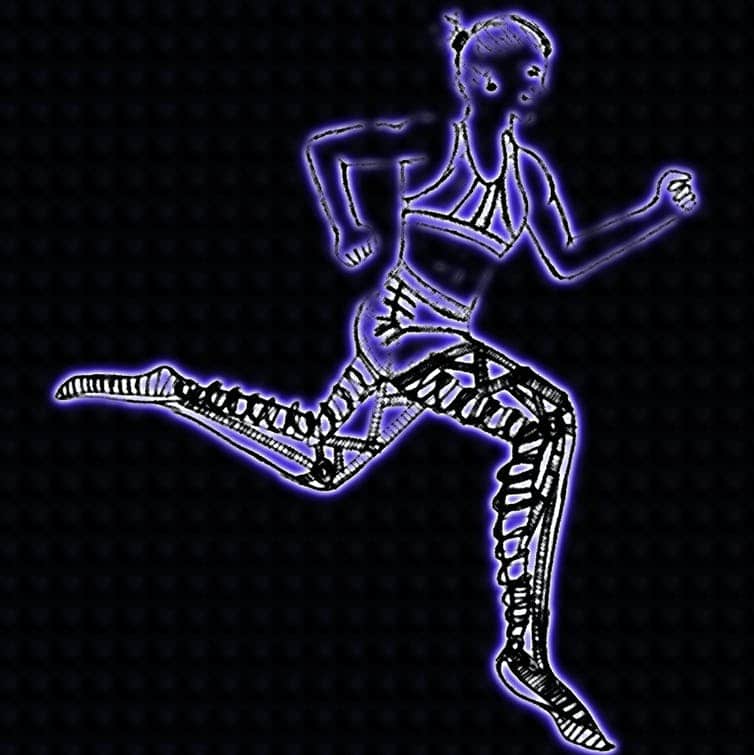 No matter how well designed, there are no running shoes that allow runners to keep up with cyclists. The bicycle was a key invention that doubled human-powered speed. But what if a new kind of shoe could allow people to run faster by mimicking cycling mechanics? 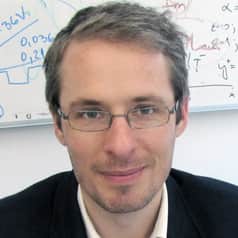 This is the question my students in Vanderbilt’s Center for Rehabilitation Engineering & Assistive Technology and I explored as we developed a new theory of spring-driven robotic exoskeletons. We came up with a concept for a new type of lower limb exoskeleton that could allow the world’s fastest human to reach a speed of 18 meters per second or about 40 miles per hour.

The cutting edge of today’s running shoes is Nike’s Vaporfly, which allows runners to use 4% less energy than standard running shoes. Three-time Olympic medalist Eliud Kipchoge recently wore them to run a marathon in under two hours. Though the Vaporfly upended the world of professional running by increasing the efficiency of standard running shoes, it doesn’t provide the advantages of cycling or otherwise fundamentally alter the physics of running.

There has been a lot of research and development in robotic exoskeletons that augment human power. These use actuators and external energy: motors and batteries. But they haven’t helped humans run faster. Springs have also been used to make high-tech prostheses for paralympic running, but have not been shown to provide an unfair advantage compared to legs. For human-powered speed, the bicycle has been the reigning champion for over a century.

Robo-boots allow the legs to supply energy in the air during running, similar to the pedaling mechanism in cycling. (A. Sutrisno and D. J. Braun, CC BY-ND)

The first running machine was a bicycle with no pedals. It reduced the energy cost of running by supporting the body’s weight on a seat and using wheels to avoid the inevitable energy loss when runners step. 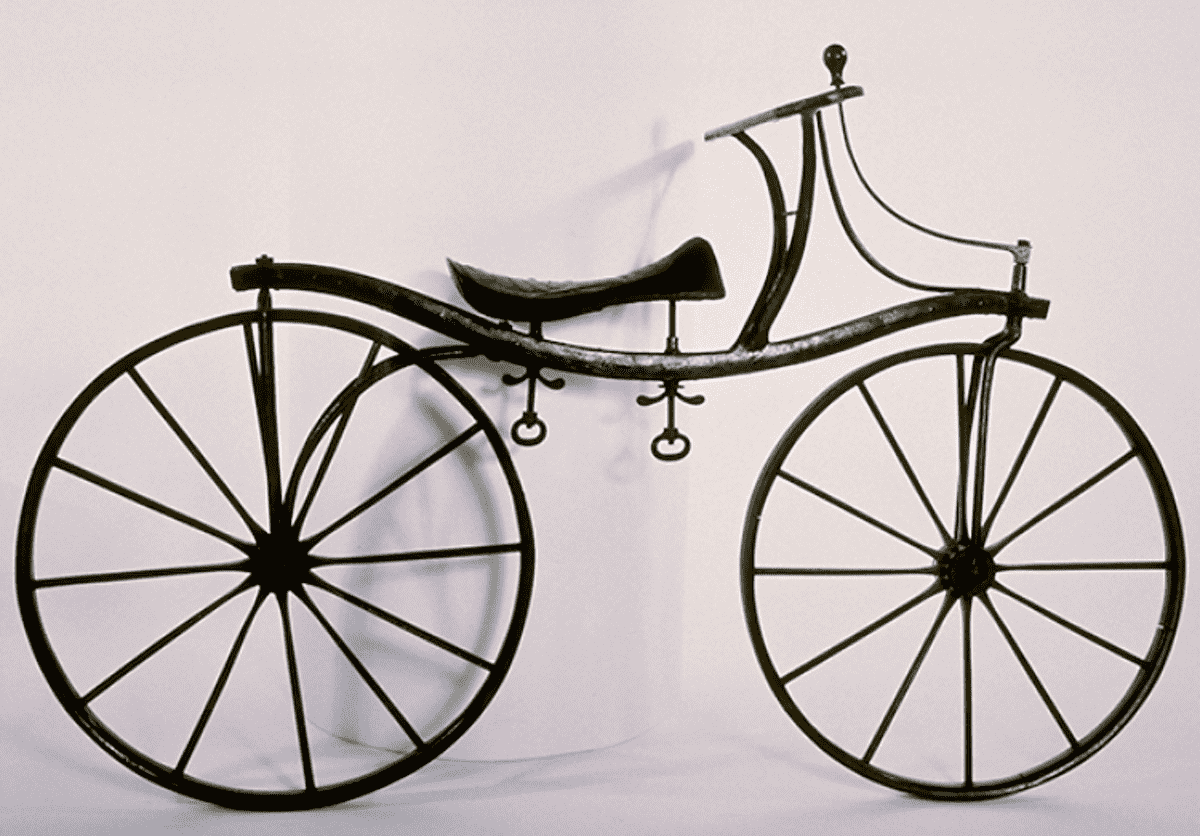 The precursor to the modern bicycle, dubbed the hobby horse, was invented in 1817 by Baron Karl von Drais. (Canada Science and Technology Museum/Flickr, CC BY-NC-ND)

But early bicycles did not allow cyclists to move faster than runners because the rider propelled himself by pushing against the ground with his legs – just like running. What changed the game for bicycling was the invention of the pedaling mechanism, which allowed the legs to propel the rider continuously rather than only when the foot hits the ground. 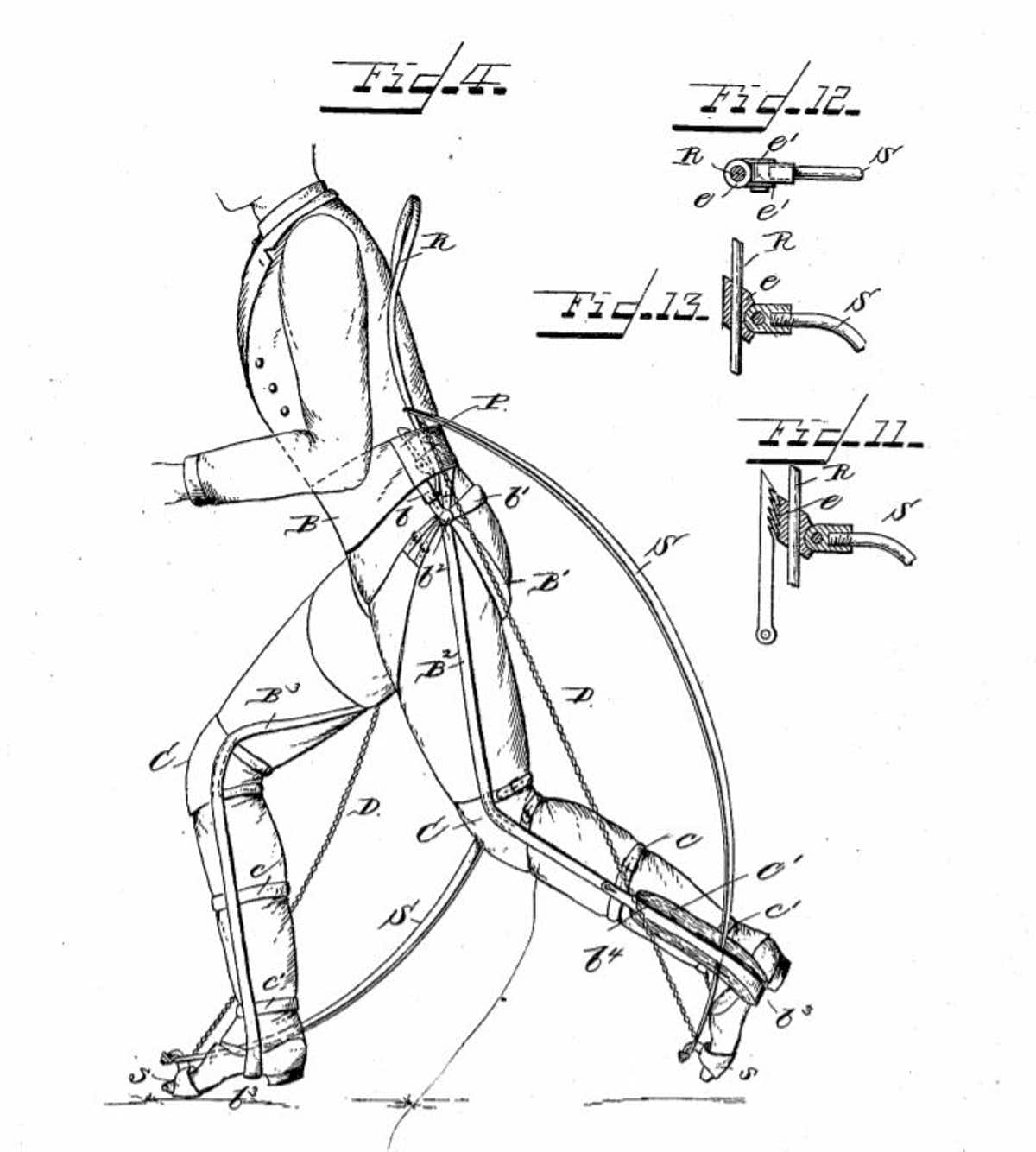 In 1890, Nicolas Yagn invented a spring-leg that supported the weight of a person’s body. (USPTO)

The bicycle’s speed advantage over running has not endured for lack of trying. People have been imagining spring legs and refining running springs for generations, but these springs are not like a bicycle with pedals because they don’t allow the legs to supply energy when they’re off the ground.

To apply the advantage of cycling to running, we came up with a concept for a new type of robo-boot that emulates the function of bicycle pedals. Using the robo-boot, runners supply energy by compressing a spring with each leg while it’s in the air. With each footstep, the spring releases its stored energy by pushing against the ground faster and stronger than the legs could otherwise do. 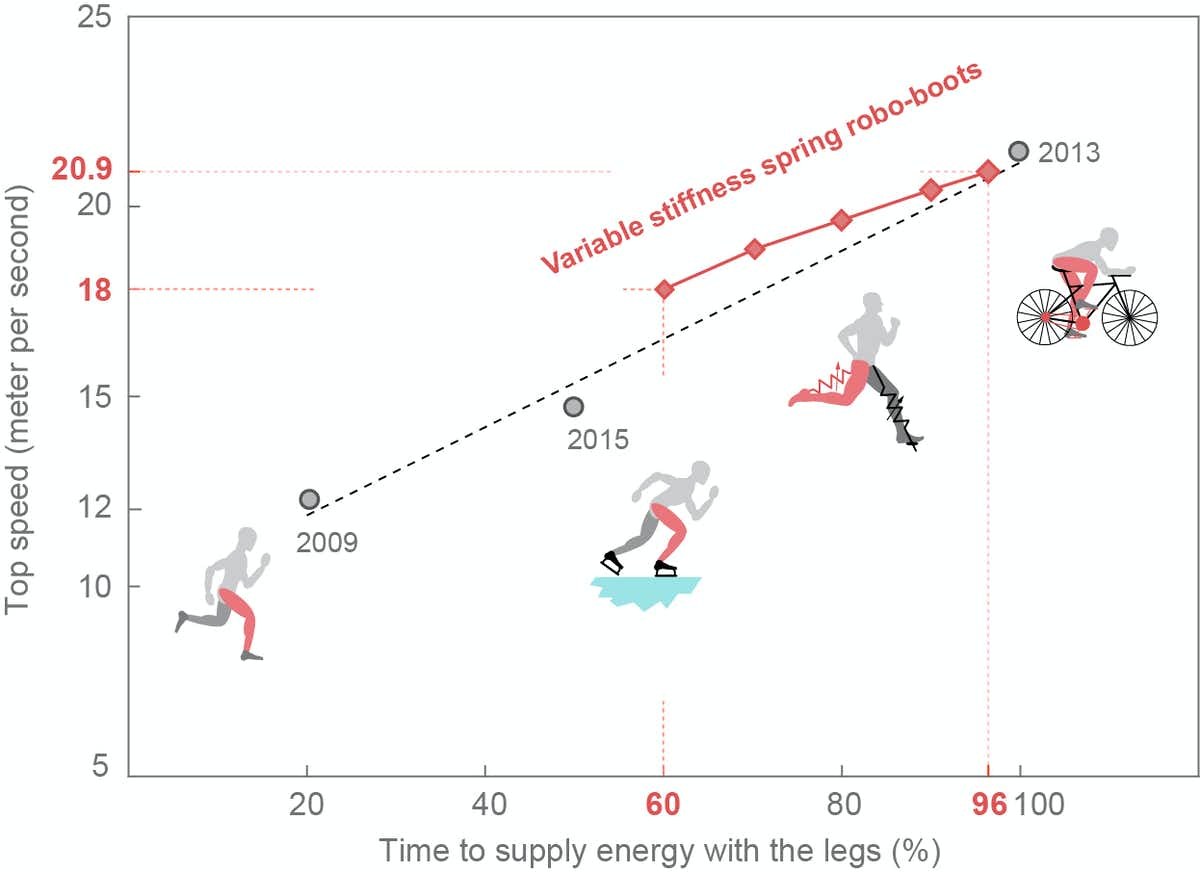 The high-tech component of the robo-boot is a variable stiffness spring that can increase its stiffness without changing its stored energy. The stiffness of the spring determines how forcefully it can push against the ground to accelerate the runner’s body – the stiffer the spring, the greater the force given the same spring compression.

Increasing the stiffness of the spring as the runner picks up speed is analogous to switching to a higher gear on a bike as a cyclist rides faster. This allows runners to supply more energy and bypass the biomechanical limitation of supplying energy only during the short ground contact time of high-speed running.

Modern racing bikes nearly double the top speed of running. Robo-boots that leverage bicycle mechanics could similarly allow people to run faster without hefty motors and batteries. We hope to have an initial robo-boot prototype within a year. But just as it took many years after their invention for bicycles to take full advantage of their unique mechanics, it will take some time to make a robo-boot that can achieve its full potential.

These more portable human-powered devices could enable more widespread adoption of wearable robotic technology, and could push the boundaries of search and rescue, law enforcement and sports. What would it mean for first responders to be able to move 50% faster? Would a running shoe that provides a 50% speed increase lead to a new event at the Olympics similar to ice skating and bicycle racing?

Using science and advanced robotics technology, we’re able to envision next generation robo-boots that offer the first major boost to human-powered movement since the invention of the bicycle pedal in the 19th century.

David Braun, Assistant Professor of Mechanical Engineering and Computer Engineering, Vanderbilt University. This article is republished from The Conversation under a Creative Commons license. Read the original article.

Poll: US Believers See Message of Change From God in Virus

TJ Cox Wants You to Fill Out Your 2020 Census Form