Thus Far, It's an 'Amazing April' Comeback for California Snowpack 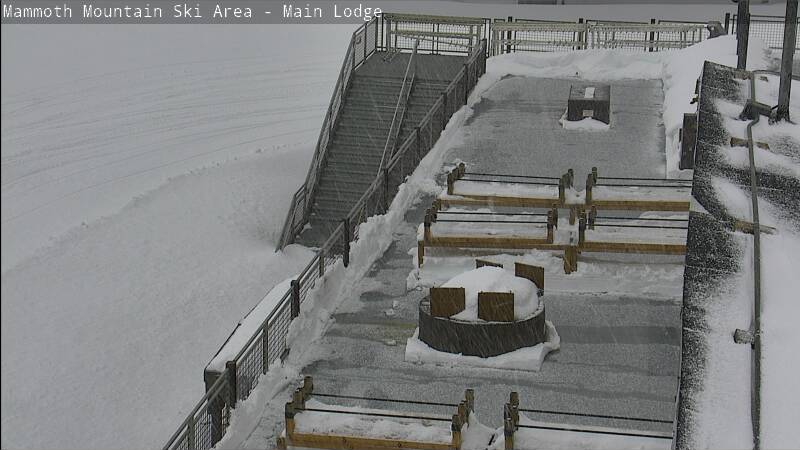 Although it’s too early to declare an “Amazing April” for California’s water situation, a slow-moving storm this week is certainly boosting the Sierra snowpack.

According to the latest release from the state Department of Water Resources, the statewide snow-water content is 64% of its historical average.

The Winter Storm Warning has been extended until 5 AM PDT Thursday above 5,000 feet for the southern Sierra Nevada in Fresno and Tulare Counties and well as the Kern County mountains. This includes the Tehachapi Mountains. #cawx pic.twitter.com/rTT0aIcvo0

More Snow in the Southern Sierra

The National Weather Service in Hanford predicts that the wet weather and cooler than normal temperatures will continue in the central and southern regions of the San Joaquin Valley through Thursday night.

In addition, NWS-Hanford is predicting 4 inches to 10 inches of new snow above 5,000 feet at Cedar Grove and points south.

A Warm-up Begins on Friday

But beginning on Friday, the Valley will see dry skies and temperatures warming daily.

On Monday, Los Angeles and Lancaster received more rain in 24 hours than they typically receive during all of April. They joined Burbank and Palmdale, in setting new rainfall records for the date, according to Accuweather.

And, Fresno has gotten 1.11 inches of rain thus far in April —exceeding its historical average for the month (0.95 inches).

The Weather Channel forecast calls for an 80% chance of rain Wednesday night and a 70% chance of light morning showers Thursday for the Fresno area.

These Clovis Student Volunteers Step Up During COVID-19 Crisis