JAKARTA, Indonesia — As outbreaks of the new coronavirus that first emerged in China continue to spread in more than 100 countries — particularly those experiencing winter — one of the biggest unanswered questions is how it will behave in warmer weather.

Like influenza, the new disease is a respiratory infection belonging to a family of viruses that typically survive longer in colder environments. Most people experience only mild or moderate symptoms, such as fever and cough, but older adults and people with existing health problems may have more severe illnesses, including pneumonia.

The virus has reached every continent except Antarctica but has yet to cause major outbreaks in the Southern Hemisphere. Some key questions on how the virus might behave once the temperature rises:

No one knows. The new coronavirus was identified only in late December and most scientists say there is simply no data to suggest the COVID-19 cases will start declining in warmer weather.

“We have to assume that the virus will continue to have the capacity to spread, and it’s a false hope to say yes, it will just disappear in the summertime like influenza.” — Dr. Michael Ryan, the World Health Organization’s emergencies chief

“We have to assume that the virus will continue to have the capacity to spread, and it’s a false hope to say yes, it will just disappear in the summertime like influenza,” said Dr. Michael Ryan, the World Health Organization’s emergencies chief.

Dr. Dale Fisher, a senior consultant in infectious diseases at the National University of Singapore, was similarly unconvinced that hot weather would significantly slow its spread.

“Maybe after it’s been around for a few years and most of the world has had it, maybe then it will settle into a more flu-like pattern,” he said. “Since we have no natural immunity to this, we’re all much more vulnerable, no matter what the weather is.”

But Dr. Mohammad Sajadi, an associate professor of medicine at the University of Maryland, thinks weather might play a role. He and colleagues found a striking temperature similarity among regions with sustained outbreaks of COVID-19: between 5 and 11 degrees Celsius (41 and 52 degrees Fahrenheit).

“If we’re right about seasonality, that could help with surveillance and other public health measures,” Sajadi said. 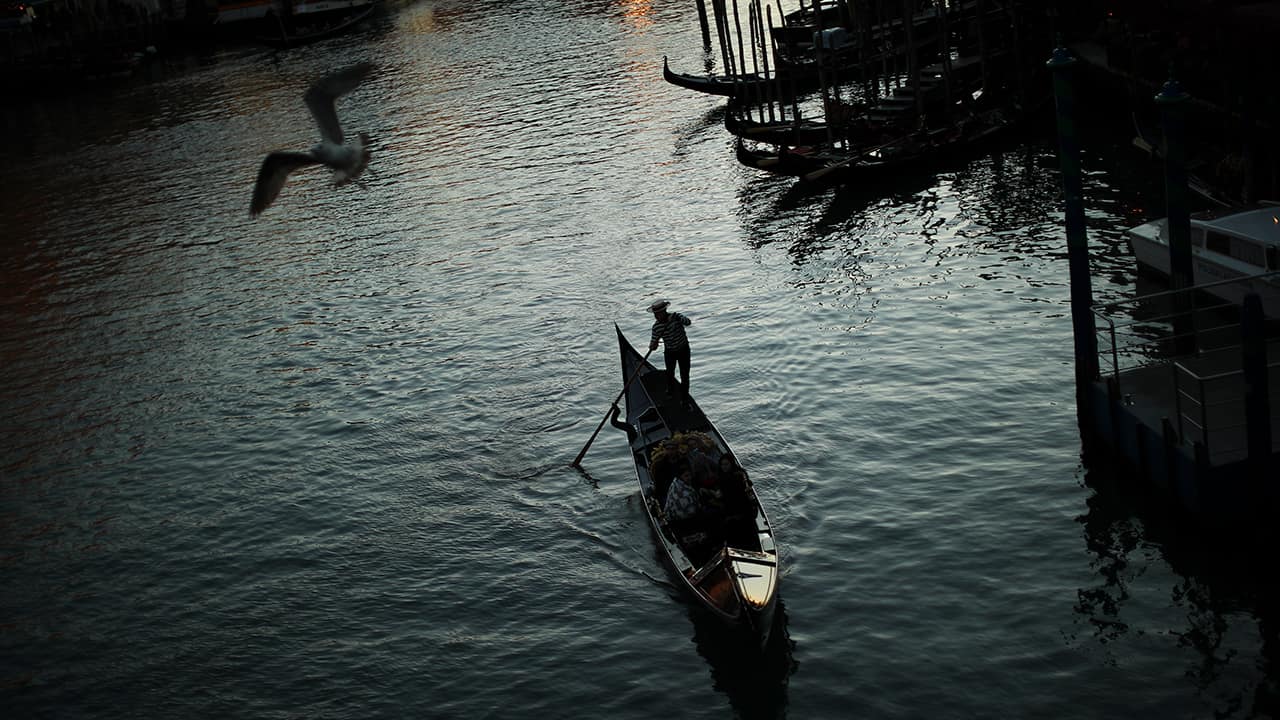 FILE – In this Feb. 28, 2020, file photo, a gondolier travels through the Grand Canal as the sun sets in Venice, Italy. As outbreaks of the new virus that first emerged in China continue to spread in countries, particularly those experiencing winter, one of the biggest unanswered questions is how COVID-19 will behave in warmer weather. (AP Photo/Francisco Seco, File)

How Have Related Viruses Behaved?

The new virus is genetically related to SARS and MERS. Severe Acute Respiratory Syndrome first broke out in China in late 2002 and ultimately sickened about 8,000 people worldwide before it was declared contained in July 2003.

But the arrival of summer wasn’t what stopped SARS. Extraordinary measures that included shutting down travel from epicenters in Asia and Canada and a mass culling of palm civets that spread the disease to humans were largely credited for curbing the disease.

Although the transmission of Middle Eastern Respiratory Syndrome has never been entirely interrupted, its spread to humans from camels is mostly sporadic, sparking limited outbreaks since being identified in 2012.

“I don’t think there’s anything we can say about seasonality and the coronavirus based on what we’ve seen with SARS and MERS,” said Michael Osterholm, director of the Center for Infectious Disease Research and Policy at the University of Minnesota. “I’ve been in the Arabian peninsula when MERS is spreading in 110-degree (43 degrees Celsius) heat just fine,” he said.

It could be too early; past pandemics have sometimes taken months to reach every country in the world.

Surveillance might also be an issue. The symptoms of COVID-19 are similar to those for numerous other diseases, including flu, measles and malaria, so detecting cases of the new virus is challenging.

Benjamin Cowling, head of the Epidemiology and Biostatistics Division at the School of Public Health at Hong Kong University, said he suspects wider outbreaks exist in countries that already have confirmed cases, such as Thailand and Vietnam.

“Most of the typically hot countries, we think, have not been testing as aggressively as some of the colder ones have been,” he said.

Cowling also said that how people behave in winter environments is likely having an effect.

Sajadi, the professor who found the temperature similarities, acknowledged epidemics are influenced by numerous factors but hypothesized that countries with cooler weather might be worse affected by the coronavirus, noting that even southern parts of countries with big outbreaks, like Italy and Iran, have not been hit as badly.

But, Cowling said, higher temperatures are unlikely to fully stop the continued spread of the virus.

“I don’t think we can count on it stopping in the summer. It may slow down, but it won’t be stopped,” he said. “At this rate, we would expect every country in the world to have cases in about nine months — we’re headed towards that now. ”