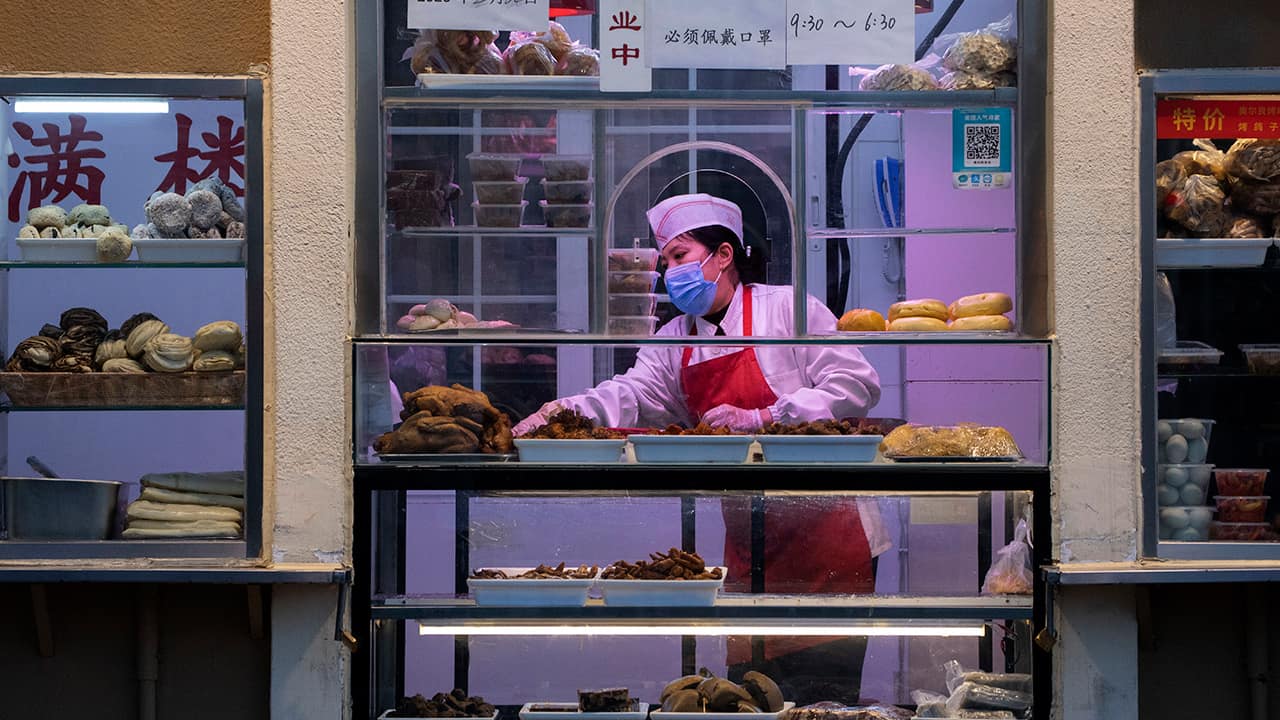 The spread of the new coronavirus around the world is hitting companies hard as they suspend production, meetings, events and business travel. Here’s a look at the latest developments:

Markets are down sharply again. The Dow and S&P were down over 2.5% in afternoon trading and Treasury yields dropped to record lows, a sign of caution among traders. After a mixed day in Asia, investors sold off shares more aggressively in Europe, where indexes were down over 3%. Shares in airlines were down as much as 10%.


Related Story: US Economy Grew at 2.1% Rate in Q4 but Virus Threat Looms

Facebook says it is canceling F8, its annual conference for developers. The show is usually held in late April or early May in the San Francisco area. The company says it is planning other ways for its developer community to get together, including live streams, locally hosted events and videos. More than 5,000 people from around the world attended last year’s F8. Facebook said it will donate $500,000 to organizations serving residents of San Jose, California, where the conference has been held in recent years. AB Inbev, the world’s biggest brewer, reported a significant drop in demand in China, leading to an estimated loss of $285 million in revenue so far. PayPal says the outbreak means it now expects 2020 revenue toward the lower end of its range of $4.78 billion to $4.84 billion. Frankfurt Airport is offering staff unpaid leave or temporary reductions in work hours as a way to manage the costs of a sharp drop in air traffic.

Swiss food giant Nestle, the maker of Nespresso, Kit Kat and San Pellegrino, told its 291,000 employees worldwide not to travel internationally for business until March 15, while domestic travel should be replaced by “alternative methods of communication where possible.” French cosmetics maker L’Oréal, which employs 86,000 people and owns the Maybelline and Lancome brands, issued a similar ban until March 31. Intel directed employees and contractors to avoid China, South Korea, Japan and other countries until further notice.

JetBlue Airways is waiving extra fees of up to $200 for changing or canceling a ticket bought through March 11 for trips planned before June 1. JetBlue says it is trying to reassure customers who worry about getting hit later with a fee because of “evolving coronavirus concerns.” The move could put pressure on larger U.S. airlines to drop their change fees, which brought in more than $2.1 billion during the first nine months of last year. Workers stand in the generator room at the Huadian Beiran Corporation’s power plant in Beijing on Thursday, Feb. 27, 2020. The state-owned company’s steam and gas combined cycle power plant on the outskirts of the nation’s capital, which opened in 2017 and provides electricity and heat to the Tongzhou District, managers have instituted virus prevention measures include masks, disinfection wipes, and measuring body temperature for employees entering the premises. (AP Photo/Ng Han Guan)

Small, mostly private companies that are the engine of China’s economy are back to operating at one-third of normal levels after anti-virus controls shut factories, shops and restaurants, regulators said Thursday. The ruling Communist Party expressed confidence that China’s 18 million small and medium-size enterprises are recovering quickly. The category includes most of the privately owned restaurants, factories, stores and other companies that generate China’s new jobs and wealth.

Tech research firm IDC forecasts shipments of desktops, notebooks and tablets will fall 9% in 2020. Chinese factories making critical PC components have been hit by an extended shutdown that will cause a supply crunch in the second quarter, IDC said. The new forecast comes a day after Microsoft said it won’t meet revenue targets that had already factored in the uncertainty. Meanwhile, IDC said smartphone shipments, already in decline because innovations have slowed down, will fall 2% this year. The biggest impact will be in the first half, when shipments are forecast to decline nearly 11%, as workers gradually return to the Chinese factories that make the phones.