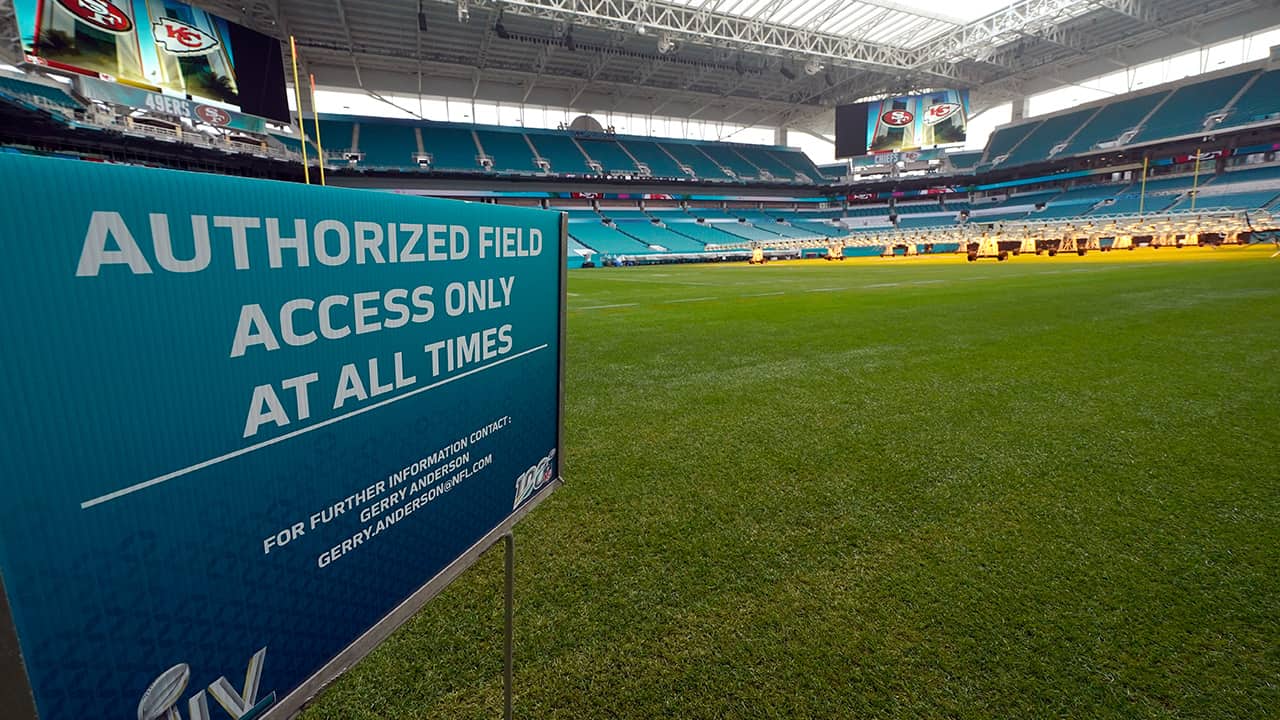 MIAMI — Florida and federal law enforcement agencies preparing for the Super Bowl this Sunday at Hard Rock Stadium in Miami Gardens say they are ready for anything, including a detonated bomb or massive food poisoning, but haven’t identified any threats. Several thousand federal, state and local law enforcement officials are involved in the game and the events leading up to it. Brian Swain, chief of the Miami Secret Service office and lead federal coordinator for the event, said there’s no intelligence thus far indicating any kind of threat.
“There is no specific credible threat right now,” Swain said. “I’m confident in our security plan.”
Streets will be blocked off. There will be scores of uniformed police officers and others in plainclothes roaming the stadium to ensure safety. Bomb-sniffing dogs will patrol, and fans must go through metal detectors.
The Federal Aviation Administration has imposed flight restrictions over Hard Rock Stadium and around some of the other events. The FAA has even produced a video called “No Drone Zone,” intended to curb the devices around game activities.
“Enjoy the Super Bowl. Leave your drone at home,” the video says.

This Year’s Super Bowl Will Be the Miami Area’s 11th, the Most Ever


“We know how to do it. We’ve done this before, and we’re pretty good at it.” — Miami-Dade Mayor Carlos Gimenez
There has been one potential close call in a past Super Bowl: Five years ago, federal authorities said they encountered a plot in Phoenix by a man who wanted to attack the Super Bowl and an adjacent mall and entertainment district in Glendale, Arizona, with pipe bombs. They said the man, Abdul Malik Abdul Kareem, was unable to obtain the explosives, and the game between the New England Patriots and the Seattle Seahawks was not hit.
Kareem later was convicted of conspiring to provide the guns used in an attack on a Prophet Muhammad cartoon contest in Texas in which two heavily armed associates were killed by local police officers. He also was convicted of providing support to the Islamic State group. His lawyers asked a judge to grant him a new trial or throw out his convictions.
This year’s Super Bowl will be the Miami area’s 11th, the most ever. Hard Rock Stadium is home to the Miami Dolphins and the University of Miami Hurricanes and hosts concerts for major acts including The Rolling Stones. Miami-Dade Mayor Carlos Gimenez said he’s confident the area is ready for this game as well.
“We know how to do it,” Gimenez said. “We’ve done this before, and we’re pretty good at it.”