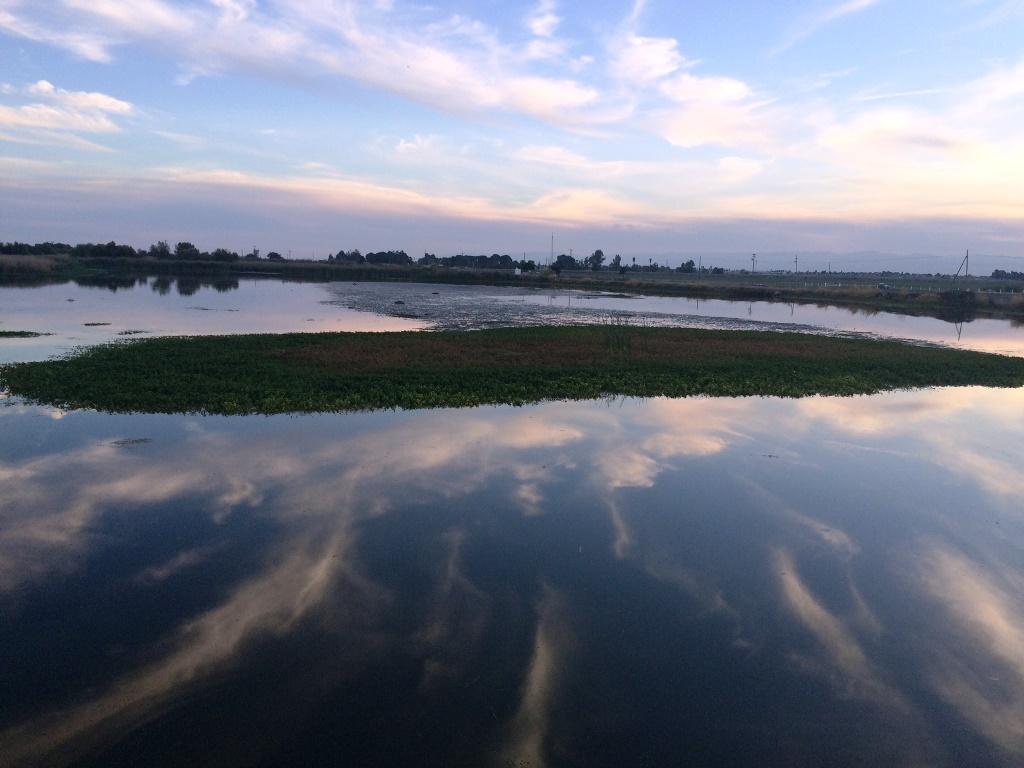 The federal government has OK’d a 20-year extension of a water exchange program for one Central Valley water district that another district says will illegally foul its water.
The Bureau of Reclamation billed the exchange program as a way to “optimize water supplies and reduce pumping impacts” by allowing a group of Westlands Water District farmers to pump groundwater into a small reservoir called the Mendota Pool for “credits” to retrieve water out of the San Luis Reservoir.

The James Irrigation District, which pulls from the Mendota Pool, says Westlands farmers are being allowed to pump in water that’s so salty it will make James’ water all but unusable. Meanwhile, Westlands farmers will get high-quality water for their crops.


Related Story: Peracchi Steps Down, Errotabere Will Lead Westlands Board

Salt in the Wound

He referred to a section of the EIR that allows water with up to 1,600 total dissolved solids (mostly salt) to be pumped into the pool from a number of pump-in points owned by the Westlands farmers, known as the Mendota Pool Group.
Water at 700 to 800 TDS is considered the “sensitive limit,” according to the University of California Cooperative Extension research.
The 1,600 TDS is the maximum allowed from each pump-in, or discharge, point and it would be blended with other water in the pool, according to the EIR. Meaning, James’ water wouldn’t reach 1,600 TDS.
Perhaps not, Stadler said. But James’ contract with the Bureau specifies the water it delivers is not to exceed an annual average of 450 TDS. The exchange program will blow past that limit, he said.
The Mendota Pool Group is made up of 11 Westlands farmers or farm entities. Combined, the group has about 100 wells dotted around the Mendota Pool. Stadler estimated the group has close to 40 discharge points into the pool.

For their part, Westlands and the Bureau contend the exchange program provides greater water quality protection for James and other districts at the south end of the Mendota Pool. The 1,600 TDS is significantly lower than what was allowed in past years, according to the EIR.
The document also increases water quality monitoring and reporting and it requires pumping to be reduced or stopped if water quality degrades, according to Westlands General Manager Tom Birmingham. 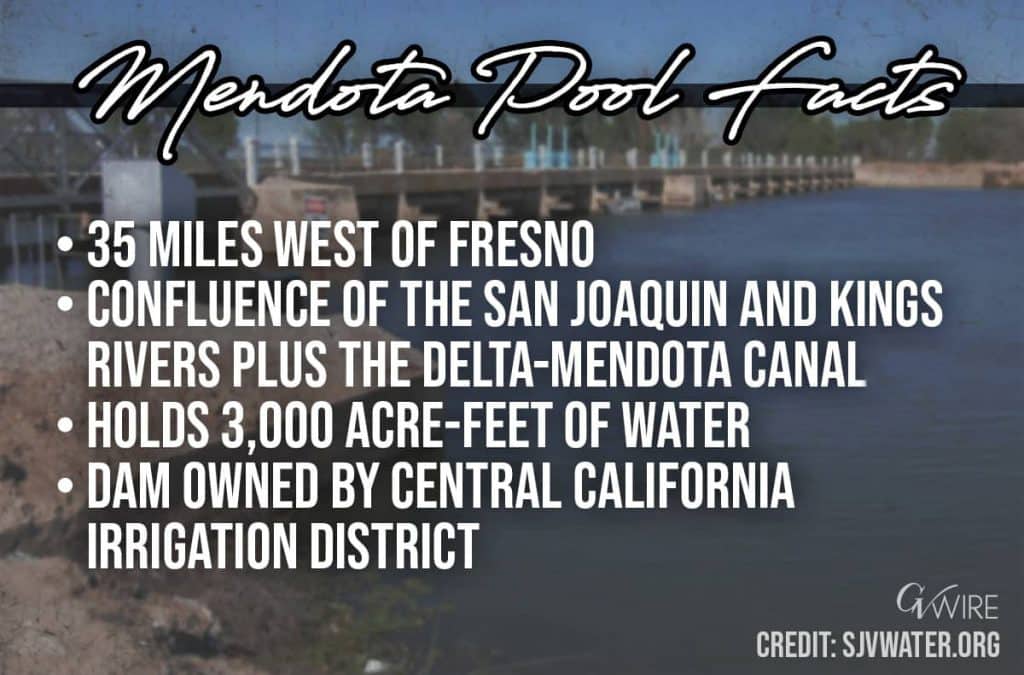 Banshees at the Pump

Jackson and Birmingham both pinned water quality issues on pumpers outside of the Mendota Pool Group who don’t have to adhere to the exchange program’s water quality rules.
Stadler didn’t buy that.
“The EIR assumes if you don’t have this program, there will be some hypothetical wild west scenario where everybody will pump into the pool like unregulated banshees, which is implausible,” he said at the Westlands meeting.
The amount of water pumped into the pool downstream is minuscule compared to the 25,000-acre feet a year pumped in by the Mendota Pool Group.
At this point, he added, the Bureau is allowing Westlands to regulate quality for federal water being delivered to James in violation of its contract.
Stadler wouldn’t comment on any potential lawsuits against Westlands.

At the center of this bruhaha is the Mendota Pool, a kind of “no man’s land” that’s a linchpin for water movement within the federal Central Valley Project. The pool lies about 35 miles west of Fresno at the confluence of two rivers and a canal and holds about 3,000-acre feet of water.

‘Fuzzy’ in the Pool

That’s what happened in the 1990s when a group of water districts known as the San Joaquin River Exchange Contractors, which take their water out of the north end of the Mendota Pool, sued this same exchange program for degrading their water quality and causing subsidence beneath the Mendota Dam.
The settlement gives Exchange Contractors a number of protections including that Mendota Pool Group members can’t pump (and get credits for) more water than there are demands south of the pool.
“By virtue of geography and those agreements, that (high TDS) water doesn’t come north to us,” said Chris White, Executive Director of the Exchange Contractor Authority.
Though the Exchange Contractors weren’t opposed to the 20-year extension of the exchange program, they would prefer the pumping program not exist at all, according to Steve Chedester, Director of Policies and Programs for the Exchange Contractors.
Because James is at the far southern end of the Mendota Pool, Chedester thought it might be hard to pin water quality issues on the Bureau, which delivers water at the northern end of the pool through the Delta-Mendota Canal.
“If the Bureau is degrading the water, you have something to say about that,” Chedester said. “But if someone else is degrading it along the way, it’s tougher to pin down. Who polices it? It’s very fuzzy in the Mendota Pool.”
Click here to read the EIR on the Mendota Pool Group water exchange program with the Bureau of Reclamation.
About the Author
Lois Henry is the CEO and editor of SJV Water. She has 30 years’ experience covering water and other issues in the San Joaquin Valley. Henry lives with her husband, five dogs, one orange cat, and a cranky rescue mustang horse in Bakersfield.

Iraqis Rally Against US Troops, Demanding They Leave