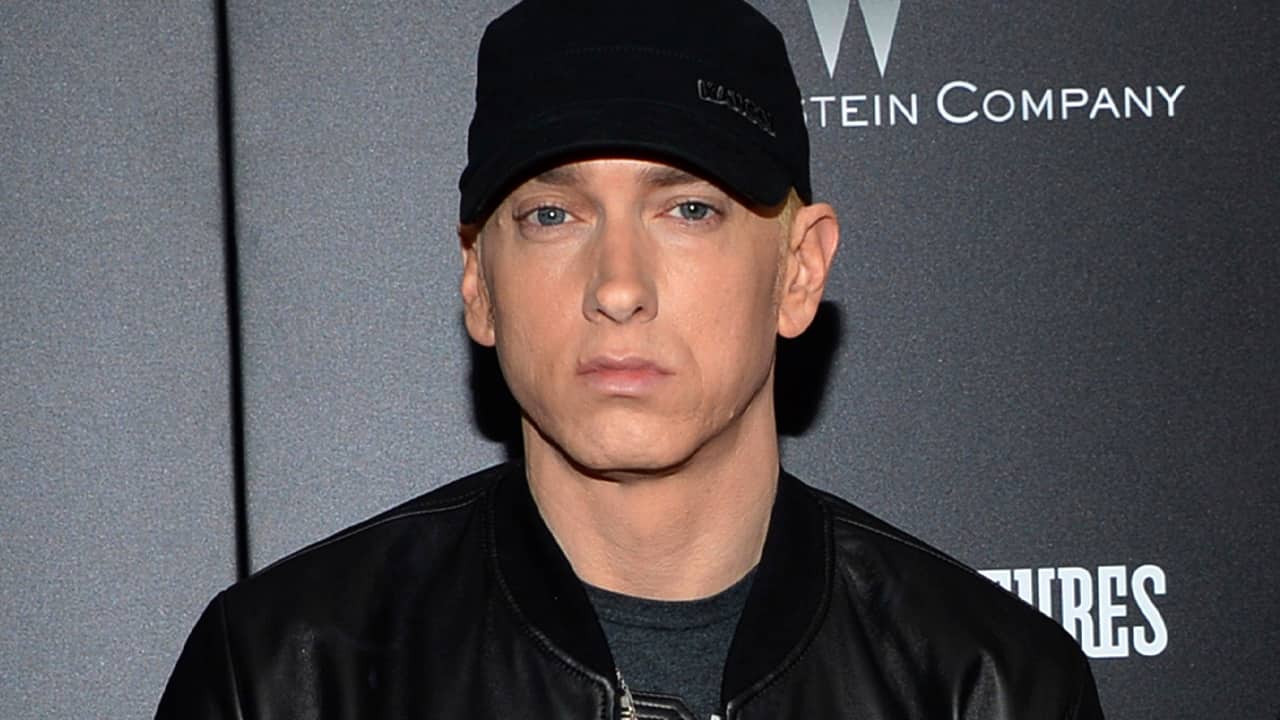 Rapper Eminem once again dropped a surprise album, releasing “Music to Be Murdered By” on Friday — along with a video that calls for changes to gun laws.

An Homage to Alfred Hitchcock’s 1958 Album

A link to the music video on Eminem’s website encourages viewers to contact or visit several gun violence prevention organizations, including Everytown for Gun Safety and Sandy Hook Promise.
The cover art features blood spatter and a bearded Eminem clad in a suit and fedora and holding a shovel. An alternate cover features the same splatter, with a now hatless Eminem holding both a hatchet and a gun to his head in an homage to Alfred Hitchcock’s 1958 album of the same name: “Inspired by the master, Uncle Alfred!” Eminem tweeted.
“Music to Be Murdered By” is Eminem’s 11th studio album, according to his website.
Among many collaborators, the album features Ed Sheeran, Skylar Grey, Anderson .Paak and Juice WRLD, the 21-year-old rapper who died in December.