Prior to GV Wire Mayor Forum, Dyer and Janz Talk on the Radio 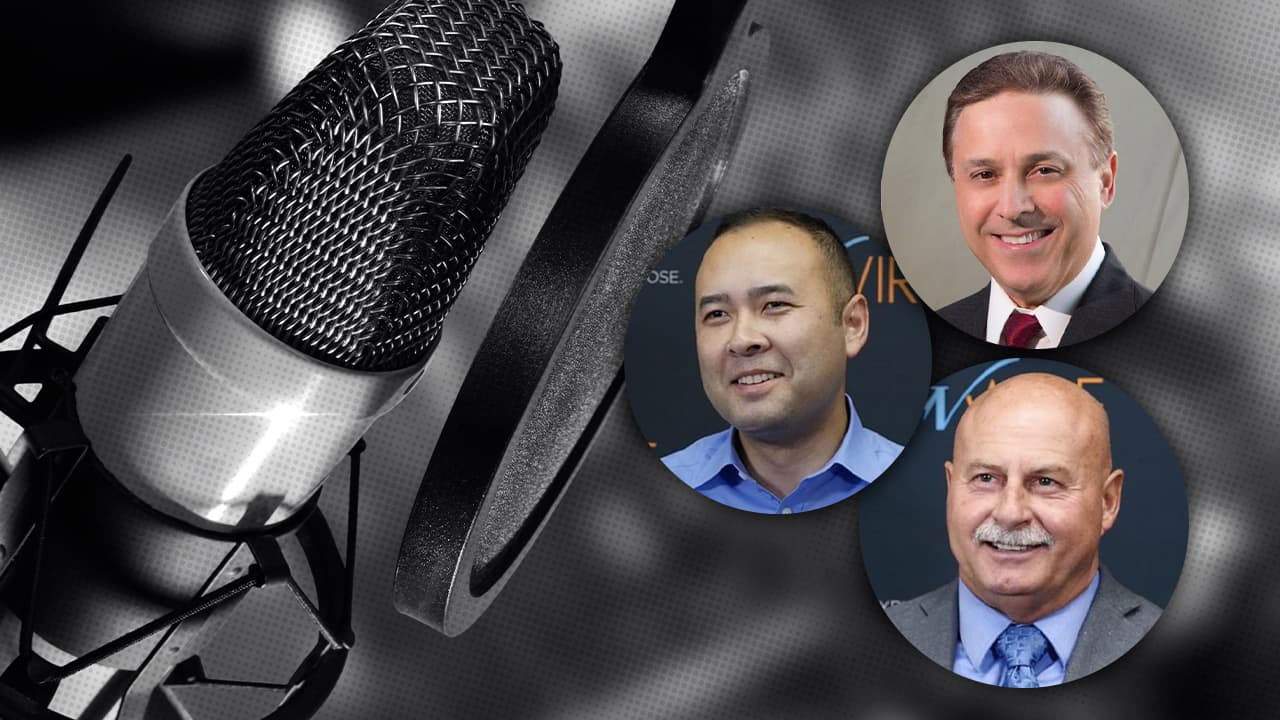 GV Wire will talk to both Janz and Dyer at the same time, at a forum this Tuesday (Jan. 7), 5:30 p.m. live on CMAC and Facebook. GV Wire News Director Bill McEwen will moderate the event.
Here is a recap of some of the issues addressed in the candidates’ interviews with Bredefeld:

Both candidates called homelessness the No. 1 issue among residents they have spoken with.
Janz, a prosecutor with the Fresno County District Attorney’s office, said he doesn’t support the city’s no-camping ordinance, because it criminalizes homelessness, and doesn’t address the underlying issues.
He supports a public-private partnership to expand housing opportunities for the homeless.
Dyer, the 18-year Fresno Police Chief who retired in October, supports the no-camping ordinance. He said that it doesn’t criminalize homelessness, but rather criminalizes behavior associated with homelessness — namely taking possession of a property that doesn’t belong to the campers.
He supports a navigation center system like San Diego has. It would provide many services to the homeless in one location.

Janz would want to examine the city budget before asking the public to support a public safety and parks tax.
“(We need) to have a fresh face come to City Hall. Somebody that is not beholden to special interest groups,” Janz said.
Dyer called himself an anti-tax guy. However, he said if the people want services that are beyond the budget of the city, then they should figure out how to pay for them.
If there is a funding shortfall, it should be up to the voters, Dyer said.
Fresno voters rejected Measure P, a Fresno sales tax ordinance in 2018. Although it received a majority vote, it needed two-thirds to pass. Janz supported Measure P, while Dyer opposed it.

Janz, in the final minute of his interview, took a shot at Dyer’s leadership, noting the $17 million in lawsuits against the police paid out by the city since 2010.
Dyer, who came on next, responded.
“It’s an unfortunate reality we face today in government. We are the deep pocket,” Dyer said.
Compared to other cities for the same time period, Dyer said, Fresno is on the low end.
Dyer said that in his time as police chief, he dismissed 100 officers for crossing the line.
Bredefeld asked Dyer about Keith Foster, the disgraced deputy chief now serving time for selling drugs. Dyer said he didn’t know about Foster’s illegal activities.
“When you think you know someone, sometimes you don’t,” Dyer said. “This is not somebody on the radar … When they let you down like that, it is very disappointing.”

Janz didn’t directly answer a question about whether he supported sanctuary cities, citing its vague definition. But he clearly stated his view on undocumented immigrants who commit violent crimes.
“If you are here in this country, and you are undocumented and you commit a violent crime, I will make sure that Fresno is not a sanctuary city for you,” Janz said. He added that he would not work with the federal government to deport people who commit minor offenses.
Dyer agreed the term is vague, but outright said he didn’t support sanctuary cities.
“Do we want to have a city where people are protected … and not allowing federal law enforcement agencies to do their job?” Dyer asked.
Dyer also noted that he created a policy nearly 17 years ago of not asking suspects about their immigration status. He did so to build trust with potential victims, so they feel they won’t be deported if they report a crime, he said.

Dyer and Janz said they support the Second Amendment.
A new security policy, enacted this week, barred conceal carry weapon (CCW) permit holders from bringing firearms to City Hall.
Janz said he is a gun owner and former CCW permit holder. A county policy prevents workers from carrying at work. He said he would support CCW holders to carry at City Hall.
“The incident in Texas was a great example,” Janz said, referring to a Texas church shooting, where the shooter was killed by a trained gun-carrying member of the church.
Dyer said he could support a CCW at City Hall ban if it is a secure facility like a federal courthouse. But, he hasn’t seen that plan yet for the city. In order for that to happen, everyone — including employees — would have to go through a single point of entry and go through a metal detector, he said.

The candidates also had differing ideas about licensing marijuana sellers in the city.
“If we go against this, it is a huge wasted opportunity,” Janz said. “Let’s regulate it. Let’s tax it.”
Dyer disagreed. He said legalized sales do not decrease the black market because of high government taxes.
And, police don’t have the capacity to attack the black market.
“It’s a no-win in our city,” Dyer said.

Janz on Not Accepting Developer Donations to His Campaign

Bredefeld asked Janz about his decision not to accept campaign money from developers.
“It’s really hurt me,” Janz said. “The developer class has had a lot of influence in Fresno. I just want to make a clear break from them.”
That hasn’t stopped Janz from accepting union money, recently cashing checks for $2,500 each from the CWA COPE PCC (communication workers) and UFCW 8 Golden State (grocery workers).
Bredefeld asked Janz about why one, but not the other.
“I’ve been getting a lot of heat for this,” Janz answered. It said it hasn’t been a problem, because they are the working class that he is fighting for.
But Janz conceded that he might change his mind down the road on accepting developer campaign contributions.

Janz said he supports a needle exchange program, as he feels they are effective. Dyer is opposed, but he acknowledged it is state law to allow the programs.

Janz said he would support Advance Peace, a program that aims to reduce gun violence. Janz said it is worth spending $200,000 on a pilot program to see if it works.
Dyer said he opposed using city money for some elements of the program — especially paying gang members not to commit crimes. But he is OK with supporting job training. “Rising Together, No on Dyer for Mayor 2020” released its second digital video ad, blasting Jerry Dyer’s management of the Fresno Police Department.
The group is an independent expenditure committee, as its name implies, opposes Dyer for mayor.
The one-minute spot cites lawsuits against the department, Dyer’s connection to Foster, and other high-profile problems Dyer faced.
“Thanks to Jerry Dyer, our city is divided and close to broke. Now he wants to be our mayor? We deserve better,” the narrator says.
The committee, supported heavily by Juan and Amy Arambula, spent $36,805 creating its ads thus far, according to the latest financial disclosures.
Current Fresno Unified school board member Veva Islas contributed $100 to the IE committee. 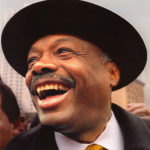 Former San Francisco mayor and Speaker of the Assembly Willie Brown told a Fresno story in his San Francisco Chronicle column last week.
He recalled a time when as speaker he visited Fresno, in sort of a clash of cultures. About arriving at a fundraising event via helicopter in the middle of a cow pasture, Brown wrote:

“The event guests had seen the chopper land, and they all came out watch as this Brioni-clad city slicker trudged through the field, then had to hop over a fence to join them. From that day on, I was known in Fresno as ‘Farmer Brown.’ “