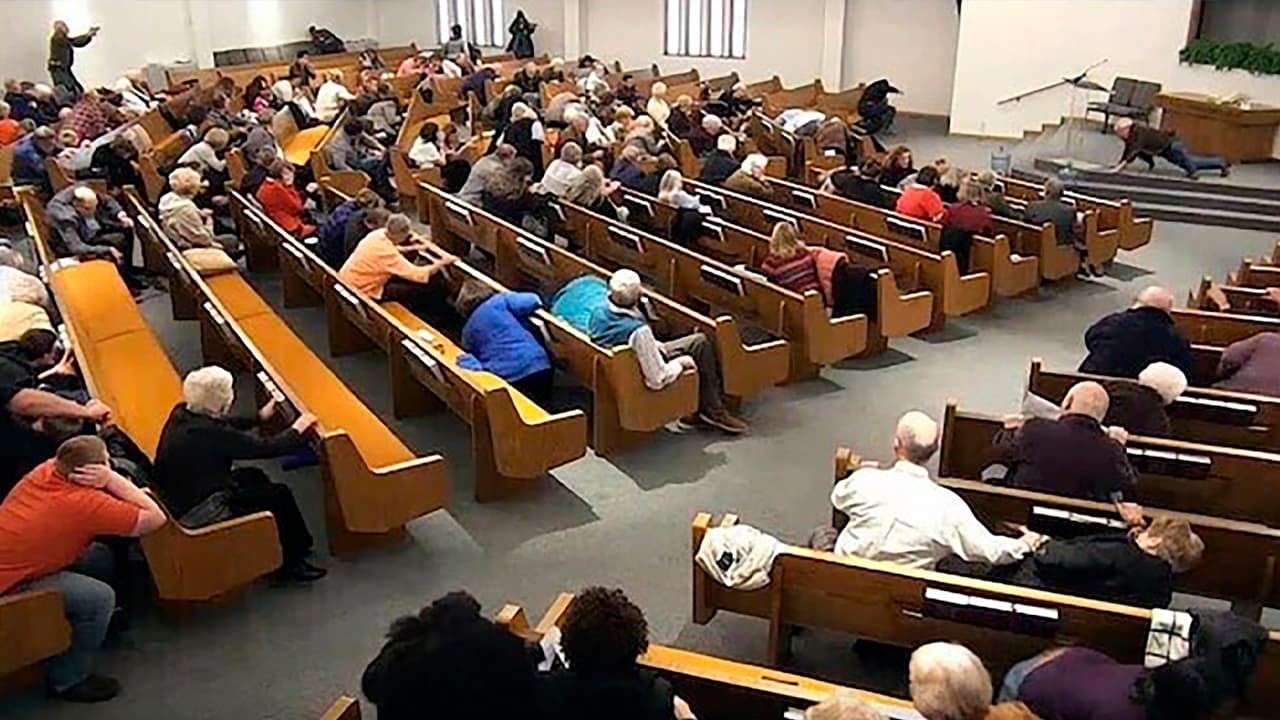 WHITE SETTLEMENT, Texas — A gunman who killed two people during a Texas church service was fatally shot within seconds by armed congregants, said state officials, who hailed the state’s gun laws that allow weapons in places of worship. Cummings said the church added the team because of “the fact that people go into schools and shoot people.”
A church official who declined to give his name told The Associated Press that the volunteer security program has been in place for about a year.
Tiffany Wallace told Dallas TV station KXAS that her father, Anton “Tony” Wallace, was one of the people killed. She said her father was a deacon at the church and had just handed out communion when the gunman approached him.
“I ran toward my dad, and the last thing I remember is him asking for oxygen. And I was just holding him, telling him I loved him and that he was going to make it,” Wallace said.
Her father was rushed to a hospital but did not survive, she said.
“You just wonder why? How can someone so evil, the devil, step into the church and do this,” she said.
At a news conference Sunday night, Texas Lt. Gov. Dan Patrick said the gunman was killed within six seconds of opening fire. Patrick, a Republican, praised the state’s gun laws, including a measure enacted this year that affirmed the right of licensed handgun holders to carry a weapon in places of worship, unless the facility bans them.

The FBI Was Working to Identify the Shooter’s Motive

That law was passed in the aftermath of the deadliest mass shooting in Texas history, which was also at a church. In the 2017 massacre at First Baptist Church of Sutherland Springs, a man who opened fire on a Sunday morning congregation killed more than two dozen people. He later killed himself.
In another attack in Texas in 1999, a gunman killed seven people in Wedgwood Baptist Church in Fort Worth before detonating an explosive device and killing himself.
On Sunday, the two congregants who drew their weapons saved an “untold number of lives,” Patrick said.
Britt Farmer, senior minister of the church, said, “We lost two great men today, but it could have been a lot worse.”
Officials have not released the names of the dead or the gunman.
The FBI was working to identify the shooter’s motive. Matthew DeSarno, the agent in charge of the agency’s Dallas office, said the assailant was “relatively transient” but had roots in the area.
DeSarno also said the gunman had been arrested multiple times in the past but declined to give details. An elderly couple walks from West Freeway Church of Christ hours after a fatal shooting at the church, Sunday, Dec. 29, 2019, in White Settlement, Texas. The couple declined to comment to reporters. (AP Photo/David Kent)

Two People Were Treated at the Scene for Minor Injuries

An elder at the church told the Times that one of those killed was a security guard who responded to the shooter.

Gov. Newsom Had 'Baptism by Fire' in 1st Year