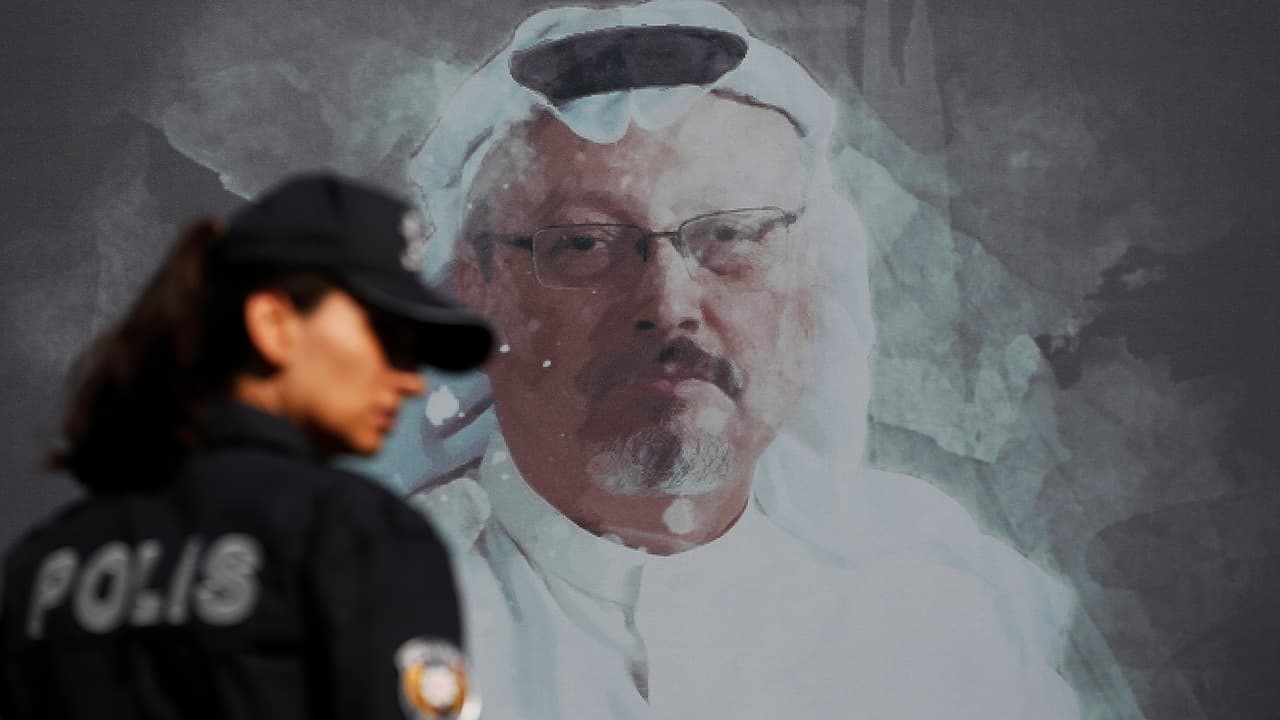 
Agnes Callamard, who investigated the killing for the United Nations, reacted by tweeting that the verdicts are a “mockery” and that the masterminds behind the crime “have barely been touched by the investigation and the trial.” Amnesty International called the outcome “a whitewash which brings neither justice nor truth.”
Three other people were found guilty by Riyadh’s criminal court of covering up the crime and were sentenced to a combined 24 years in prison, according to a statement read by the Saudi attorney general’s office on state TV.

In all, 11 people were put on trial in Saudi Arabia over the killing. The names of those found guilty were not made public by the government. Executions in the kingdom are carried out by beheading, sometimes in public. All the verdicts can be appealed.
A small number of diplomats, including from Turkey, as well as members of Khashoggi’s family were allowed to attend the nine court sessions, though independent media were barred.
While the case in Saudi Arabia has largely concluded, questions linger outside Riyadh about the crown prince’s culpability in the slaying.
Agnes Callamard, who investigated the killing for the United Nations, reacted by tweeting that the verdicts are a “mockery” and that the masterminds behind the crime “have barely been touched by the investigation and the trial.” Amnesty International called the outcome “a whitewash which brings neither justice nor truth.”

Khashoggi, who was a resident of the U.S., had walked into his country’s consulate on Oct. 2, 2018, for a appointment to pick up documents that would allow him to marry his Turkish fiancee. He never walked out, and his body has not been found.
A team of 15 Saudi agents had flown to Turkey to meet Khashoggi inside the consulate. They included a forensic doctor, intelligence and security officers and individuals who worked for the crown prince’s office, according to Callamard’s independent investigation. Turkish officials allege Khashoggi was killed and then dismembered with a bone saw.
The slaying stunned Saudi Arabia’s Western allies and immediately raised questions about how the high-level operation could have been carried out without the knowledge of Prince Mohammed — even as the kingdom insists the crown prince had nothing to do with the killing.
In an interview in September with CBS’ “60 Minutes”, Prince Mohammed said: “I take full responsibility as a leader in Saudi Arabia.” But he reiterated that he had no knowledge of the operation, saying he could not keep such close track of the country’s millions of employees.
The prince’s father, King Salman, ordered a shake-up of top security posts after the killing.
Turkey, a rival of Saudi Arabia, has used the killing on its soil to pressure the kingdom. Turkey, which had demanded the suspects be tried there, apparently had the Saudi Consulate bugged and has shared audio of the killing with the C.I.A., among others. FILE – IN this Dec. 17, 2019 file photo, Hatice Cengiz, fiancee of late journalist Jamal Khashoggi who was kidnapped and killed during a visit to the Arabian consulate in Istanbul on Oct. 2018, gestures during a press conference at the Foreign Press Association in Rome. A court in Saudi Arabia has sentenced five people to death for the killing of Washington Post columnist Jamal Khashoggi, who was murdered in the Saudi Consulate in Istanbul last year by a team of Saudi agents. Saudi Arabia’s state TV reported Monday, Dec. 23, 2019 that three others were sentenced to prison. All can appeal the verdicts. (AP Photo/Domenico Stinellis, File)

Khashoggi Had Spent the Last Year of His Life in Exile

Saudi Arabia initially offered shifting accounts about Khashoggi’s disappearance. As international pressure mounted because of the Turkish leaks, the kingdom eventually settled on the explanation that he was killed by rogue officials in a brawl.


In Washington, Congress has said it believes Prince Mohammed is “responsible for the murder.” President Donald Trump has condemned the killing but has stood by the 34-year-old crown prince and defended U.S.-Saudi ties. Washington has sanctioned 17 Saudis suspected of being involved.
The trial concluded the killing was not premeditated, according to Shaalan al-Shaalan, a spokesperson from the Saudi attorney general’s office.
The 101-page report released this year by Callamard, the U.N. special rapporteur for extrajudicial, summary and arbitrary executions, included details from the audio Turkish authorities shared with her. She reported hearing Saudi agents waiting for Khashoggi to arrive and one of them asking how they would carry out the body.
Not to worry, the doctor said. “Joints will be separated. It is not a problem,” he said in the audio. “If we take plastic bags and cut it into pieces, it will be finished. We will wrap each of them.”


Related Story: Opinion: Trump and Money Are Shielding Saudi Arabia From Accountability for ...

Khashoggi had spent the last year of his life in exile in the U.S. writing in the Post about human rights violations in Saudi Arabia. At a time when Prince Mohammed’s social reforms were being widely hailed in the West, Khashoggi’s columns criticized the parallel crackdown on dissent the prince was overseeing. Numerous critics of the Saudi crown prince are in prison and face trial on national security charges.
In Washington, Congress has said it believes Prince Mohammed is “responsible for the murder.” President Donald Trump has condemned the killing but has stood by the 34-year-old crown prince and defended U.S.-Saudi ties. Washington has sanctioned 17 Saudis suspected of being involved.
Among those sanctioned is Saud al-Qahtani, a hawkish former adviser to the crown prince. The Saudi attorney general’s office said Monday that al-Qahtani was investigated and had no proven involvement in the killing.

Saudi Arabia Has Opened the Previously Closed-off Country to Tourists

Meanwhile, Ahmed al-Asiri, also a former adviser to the crown prince who was deputy head of intelligence, was tried and released because of insufficient evidence, the attorney general’s office said.
The court also ordered the release of Saudi Arabia’s consul-general in Istanbul at the time, Mohammed al-Otaibi. He is among those sanctioned by the U.S. over his “involvement in gross violations of human rights.” The U.S. State Department has also issued travel bans against his immediate family.

In Turkey, Yasin Aktay, a member of Turkey’s ruling party and a friend of Khashoggi’s, criticized the verdict, saying the Saudi court had failed to bring the real perpetrators to justice.
“The prosecutor sentenced five hit men to death but did not touch those who were behind the five,” Aktay said.
Although Khashoggi’s killing tarnished Prince Mohammed’s reputation in the West, he is hugely popular at home, especially among young Saudis happy with the social changes he has ushered in. Some American executives who had stayed away because of the backlash over the slaying have resumed doing business with the kingdom.
Saudi Arabia over the past months has opened the previously closed-off country to tourists and travelers from around the world as part of a push to boost the economy and change perceptions of the kingdom.

After Deadly Crashes of Marquee Aircraft, Boeing CEO Is Out