A Look at Fresno EOC as It Searches for New CEO 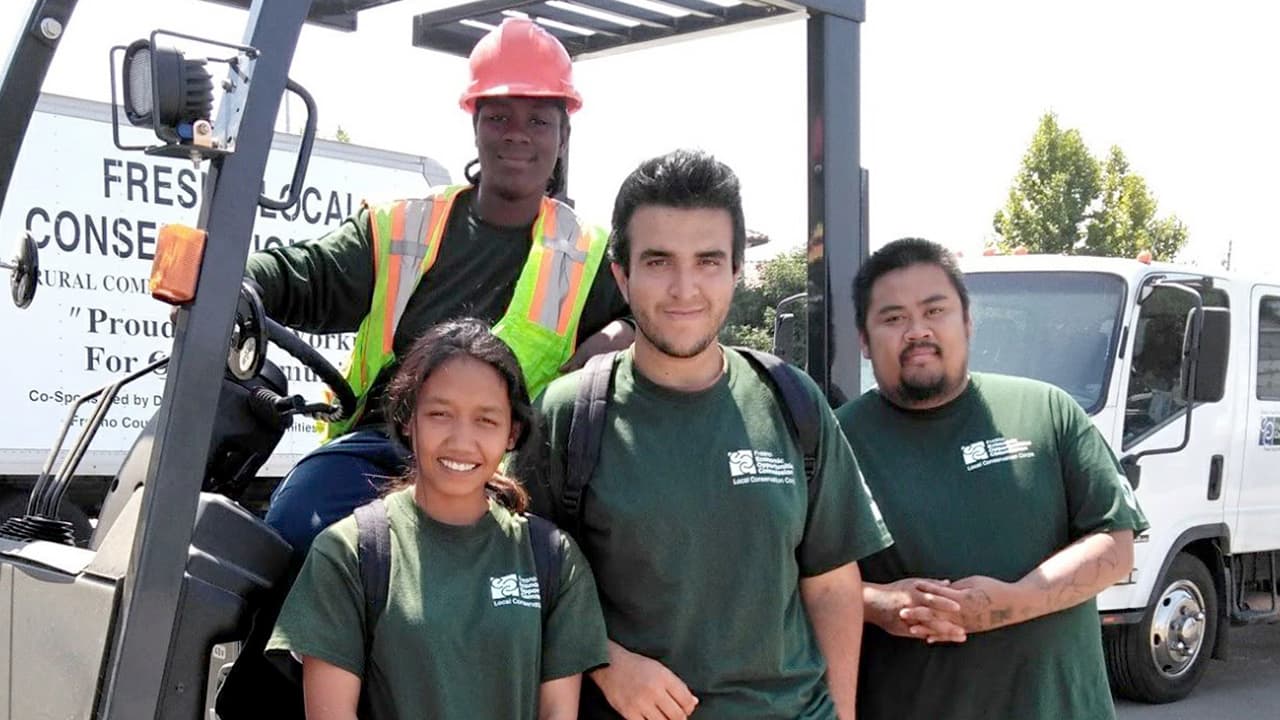 This week, the board that oversees the Fresno Economic Opportunities Commission is scheduled to select a new CEO.
Earlier this year, Fresno EOC’s CEO Brian Angus announced he would step away from the post he had held since 2010. Angus has more than 40 years’ experience heading groups like EOC.

Listen to this article:
The board meets in closed session Wednesday evening to discuss a new CEO contract, and potentially appoint an interim leader.
While there have been some bumps in his exit, Angus says he plans to leave at the end of the year.
The new CEO will inherit a nine-figure budget, 1,200 employees, and the 120,000 people the agency serves annually.

“We’re an anti-poverty agency. We work in the areas of social justice and equity. That’s our roots,” Angus says. “We’re, by far, the largest community action agency in California.”
EOC operates with a $131 million budget, about 58% of which comes from federal grants.
Congressional legislation in the 1960s created community action agencies such as Fresno EOC as part of President Lyndon Johnson’s effort to fight poverty. Fresno EOC is one of the largest such agencies in the nation. Fresno EOC runs 14 different programs. They range from  Head Start — with a $33 million budget to help preschoolers — to transportation services to loans for small businesses. A program director operates each unit.
With a wide variety of services,  Angus says it is sometimes hard to measure how the agency succeeds as a whole.
“The metrics for serving young men that come right out of prison in our Conservation Corps are much different metrics than for the Head Start kid that’s four years old in education,” Angus explains.
Rather, Angus says each department has its own way to gauge success.
“At any given time, there’s a component that’s going through the good times and there’s a component going through bad times and sometimes that has more to do with the world,” Angus said.
Additionally, EOC supports education, job-training programs, human-trafficking victims, and housing for at-risk youth. 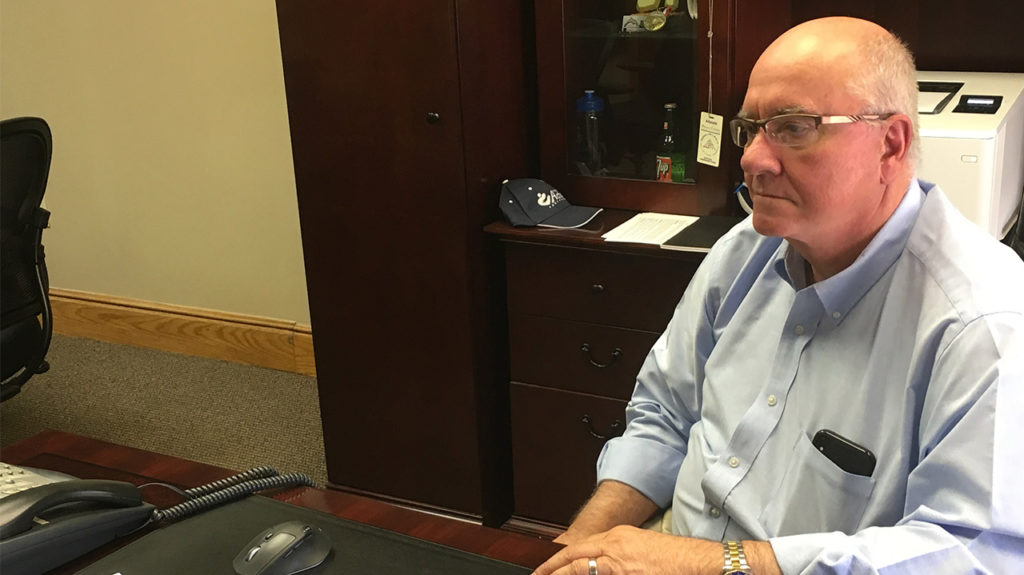 EOC board president Linda Hayes says she measures success using multiple criteria.
“You can look at it from our constituents that we serve; look at it through a continuum on a timeline. Where we were five years ago to what we are today,” Hayes said. “And a matter of testimonial. It might not look like a success to someone, but if that particular program saves the family or helps the family, I think we have to say that that program was a success.”
Right now, workforce development is doing well, based on society’s priorities.
Angus describes EOC’s programs as “exemplary,” and not necessarily because of the agency’s size and scope.
“We’re not a great agency because we’re big. Because of all our programs are excellent, we draw in more money,” Angus said.
He says this success also draws good people to run the programs.
“Would you rather work for The Wabash Times or The New York Times? You want to go where excellence is shown,” Angus said. EOC decides its priorities based on six strategic goals: inclusion, careers, health and wellness, education, youth empowerment services, and emotional stability.
The goals are set by the board of directors after a long community collaboration. It helps determine what programs to write grant requests for.
“If we were just writing for anything, we’d have no focus,” Angus said.
For Hayes, her goals are more general.
“(My goals are) continuing the work that has been done and, going forward, looking at different innovative ways” to help people with new grants, Hayes said. “We look at policy on a regular basis, just to ensure that the policies line up with the guidelines and any grants that particular departments are applying for.”

A Bumpy Farewell for Angus 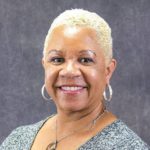 “We look at policy on a regular basis, just to ensure that the policies line up with the guidelines and any grants that particular departments are applying for.” — Board president Linda Hayes
Angus is set to leave his post at the end of the year when his contract is up.
He said he would have been amenable to leaving earlier after announcing in February his intention to retire — provided that he was paid the remainder of his contract.
“I’d be willing to work with them to find the new CEO and then leave when they found him,” Angus said.
The board declined that offer.
“Agreeing with it or not, it is what it is,” Angus said. “If I’m not going to be treated fairly, I’m not gonna lie. Why would I leave (early)? So, you’re telling me that I have to work till the end of the year and then they’re not going to renew my contract. And that’s what I’ll do.”
Hayes did not want to get into the specifics of the search, other than to say it is ongoing.
“We are still looking at someone forward-thinking, someone to carry on the thing that Brian has established for the agency,” Hayes said.
Angus expects 200 people to apply for the opening.
He says the biggest challenge is managing such a large program, with its many employees. Angus says Fresno EOC’s overhead costs are 7.5% of its budget. Based on his experience, he calls that extremely low and cites his predecessors for keeping EOC efficient.
“We have quality people, not just in the programs, but in our finance department … . It is some of the best people in the country, I think,” Angus said.
EOC’s finance department reviews budgets on a monthly basis, with an independent audit annually.
If a grant falls through, it could mean the loss of jobs.
“You don’t hear that as often with this agency as other places, because if that were to happen and we were to have 10 people or 12 people lose their jobs, we can probably find other places in the agency for many of them,” Angus said.

At more than $33 million, Head Start is the largest program Fresno EOC administers.
“I think it’s as innovative as any Head Start program around,” Angus said of the preschool program.
EOC attempts to be ahead of the curve with its programming. Angus said its numeracy program, “basically literacy for numbers,” is cutting edge. 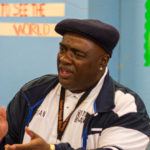 Installing solar power for low-income residents is another service provided by Fresno EOC. It recently contracted with the city of Fresno to install solar energy downtown. Funding is from a portion of the $70 million state grant awarded the city through the Transformative Climate Communities Program.
Angus says their rates compete with commercial solar installers because of volume.
“We can get a better deal from the private sector,” Angus said. “So, when you’ve got 600 units to add to the market, you can negotiate low prices.”

Fresno EOC and other local EOCs across the nation exemplify a “third way” of doing business, with a board of directors and funding sources that are neither fully public nor exclusively private.
They have to raise funds and operate their programs without running a deficit. Moreover, they don’t have the opportunity to raise taxes to cover shortfalls as a government body does. And, they don’t donate money like United Way.
“A lot of people think we have all this money, why aren’t you giving it to other people? We get this money to provide services that we provide,” Angus said.

How the Board Works

Fresno EOC is governed by a 24-member board. Eight members each are from three sectors: elected leaders or their designates; business, public agency, and community groups; and at-large members from eight geographic regions.
Candidates for the at-large seats are required to be either low-income or representative of low-income residents. Anyone can vote, but Fresno EOC handles the election process rather than the county clerk.
Members serve two-year terms for a maximum of five terms (10 years total). The board recently conducted elections for new members.
The board meets approximately once a month.

Hayes’ View of Board

Hayes said debates on the board can be contentious sometimes.
“In my opinion, I think the board gets along most of the time. There are some times where there are some disagreements,” she said. “But, overall, I think we have to value everyone’s opinions. That’s why we have different people from the different segments on the board.”