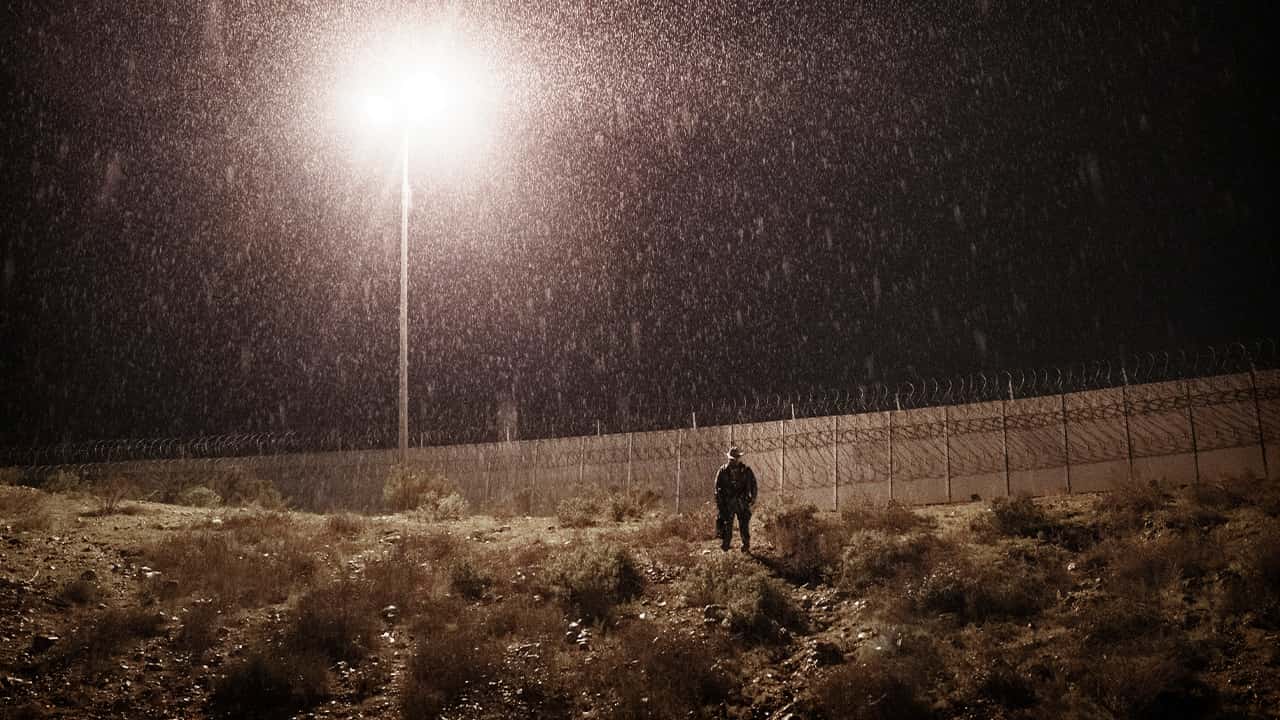 Ours is a world of sweeping vistas, and intimate scenes. In 2019, Associated Press photographers captured both.
A single Border Protection officer stands in the rain at the border; pieces of heavy equipment, replacing a stretch of border wall, are dwarfed by the open, blue sky. And the bodies of a Salvadoran father and his toddler daughter, drowned just short of their destination, float in the Rio Grande.
Hordes of Hong Kong activists, umbrellas in hand, are glimpsed through a window framed by tattered posters; a police water cannon, seen from above, sprays scores of Chilean demonstrators. And a single churchgoer drops to the ground to pray near tires set afire by protesters in Haiti.


Related Story: The 100 Best Photographs Ever Taken Without Photoshop

The scale of some images is breathtaking. Trails of rockets light the night sky over Sederot, Israel. Motorcycles, ant-like from a distance, race across sand dunes in Peru. A drone’s eye view tracks the dividing line between lush Amazon jungle on one side of a road, and burnt ruins on the other.
But the close-ups are no less remarkable. A mourner, lit by three candles, touches the body of a man killed during clashes with Bolivian security forces. In Washington state, friends and family lay hands on a 75-year-old throat cancer victim as he takes his last breaths, a suicide.
Sometimes, the focus is even tighter, like the full-frame face of a silverback gorilla, peering intently into the camera. Or the wrinkled, 88-year-old woman in Blaj, Romania — just one eye in the picture, gazing forward as she awaits Pope Francis’ arrival.
In their eyes, the photographers find vistas.