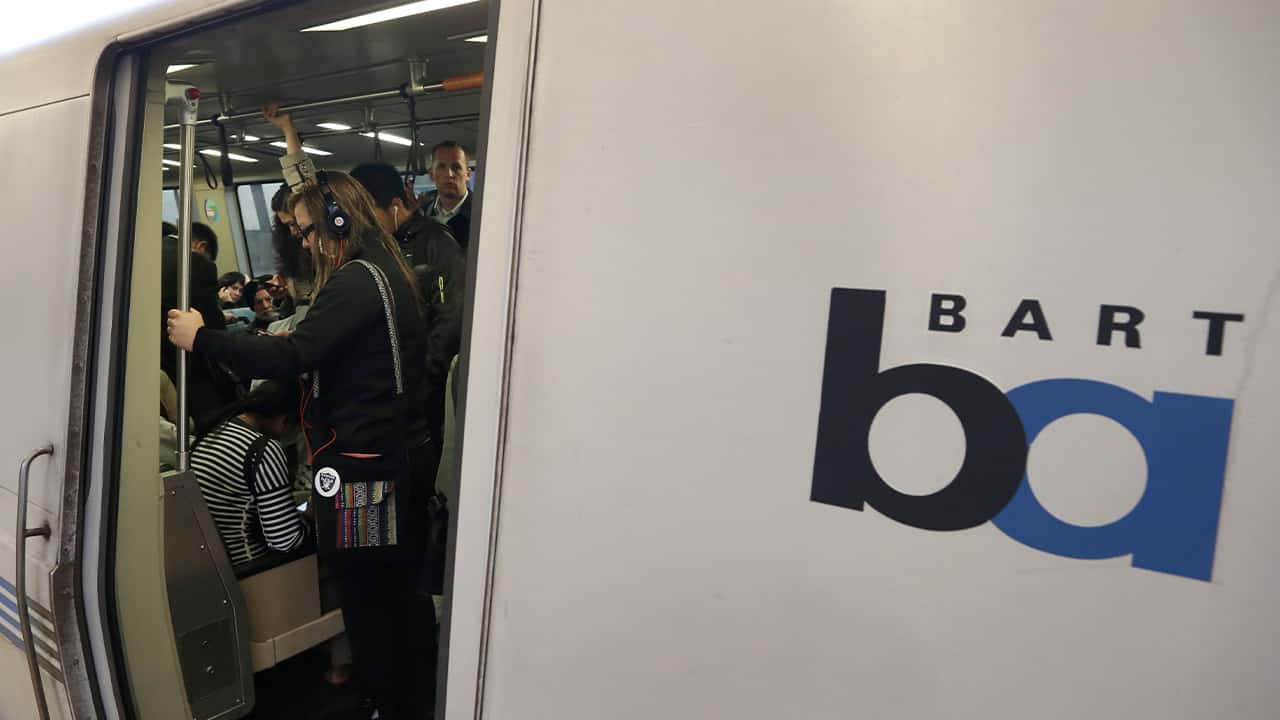 SAN FRANCISCO — A man who was stabbed to death aboard a San Francisco Bay Area commuter train Tuesday may have been trying to stop the theft of another rider’s shoes, authorities said.
The man was stabbed around 1 p.m. aboard a BART train pulling into a Hayward station.
Police were looking into whether the victim, a man in his 40s, was a good Samaritan who tried to stop the suspect from stealing items from another person, possibly shoes, the San Francisco Chronicle reported.
The suspect ran from the station. He was arrested a block away after employees of a car dealership said he tried to steal a van, the Chronicle said.
Steve Castro, an employee at Elias Motors, said he was showing a customer the van when a shirtless man snatched the keys from his hand.
The two fought and at one point the man tried to open the van doors.
Castro told the paper that the man eventually asked him to stop, telling Castro: “You’re going to kill me.”

BART Will Increase the Presence of Police Officers

“I told him, ‘Give me the keys, and I’ll let you go,’” Castro said.
The man walked across the street toward a bus stop and was arrested by transit officers searching for the suspect.