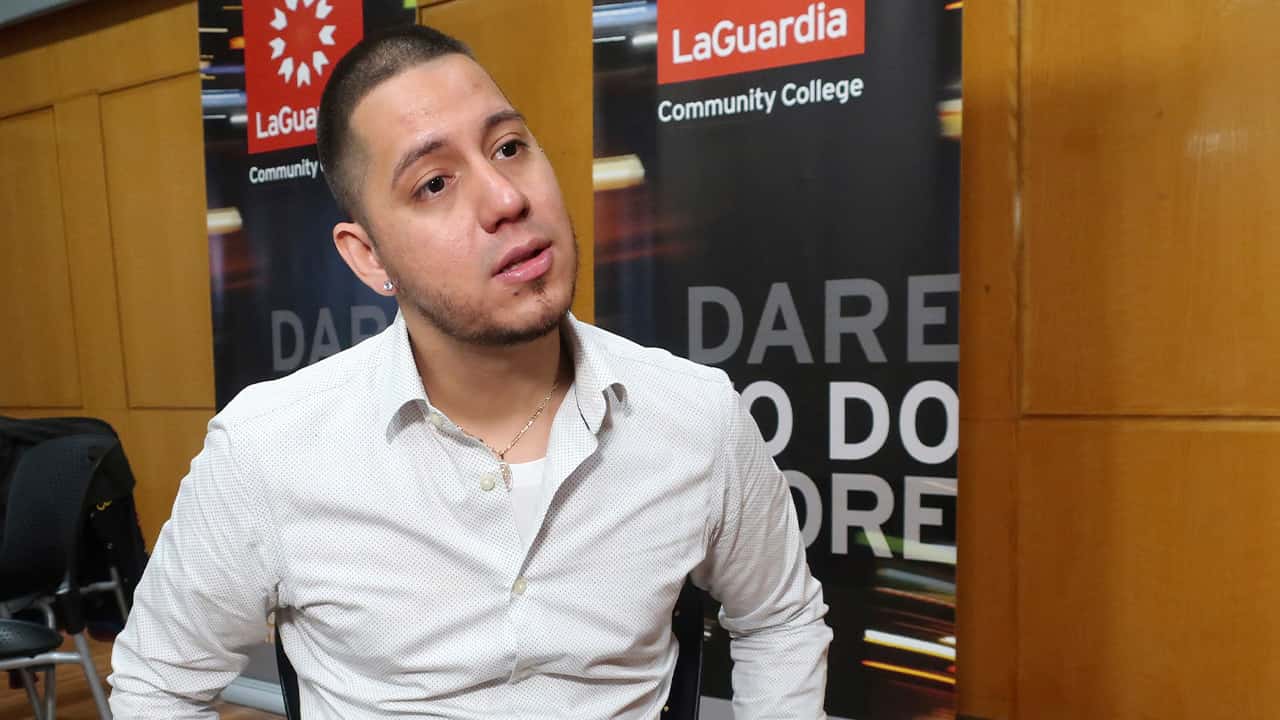 NEW YORK — A Mexican immigrant fighting President Donald Trump’s attempt to end a program shielding young immigrants from deportation says he is nervous about the case finally being heard by the U.S. Supreme Court.

With the attempted elimination of Deferred Action for Childhood Arrivals, there was renewed pressure in Congress to pass the DREAM Act, or Development, Relief and Education for Alien Minors, a series of never-passed proposals to protect young immigrants vulnerable to deportation. Opponents say the law rewards people for breaking the law, encourages illegal immigration and hurts American workers.
Trump ordered an end to DACA in 2017, but federal courts in different states, including New York because of Batalla Vidal’s lawsuit, blocked him from ending it immediately.
The protections remain in effect at least until the U.S. Supreme Court issues its decision, which will likely be in 2020. Participants of the program can renew their status, but no new applicants can sign up.
The Obama administration created Deferred Action for Childhood Arrivals in 2012 to provide social security numbers, work permits and protection from deportation to people who, in many cases, have no memory of any home other than the U.S.
The Trump administration argues that the program is unlawful because former President Barack Obama did not have the authority to adopt it in the first place.
Batalla Vidal initially sued when a federal court in a separate case ruled that DACA permits could not be extended for a third year, as the Obama administration wanted. Now he’s part of the legal fight over the program’s very existence.
When Trump ordered the termination of the program, lawyers for Batalla Vidal amended his original lawsuit to fight the termination and added more individual plaintiffs. Luz Aurora Vidal and her son, Martín Batalla Vidal, line up to take a bus to Washington, Monday, Nov. 11, 2019, in New York. Martin Batalia Vidal is a lead plaintiff in one of the cases to preserve the Obama-era program known as Deferred Action for Childhood Arrivals and has seen his name splashed in legal documents since 2016, when he first sued in New York. His case will be heard at the Supreme Court beginning Tuesday. (AP Photo/Mark Lennihan)

A federal judge ruled in their favor. The U.S. Supreme Court in June agreed to hear the administration’s appeal of Batalla Vidal’s and other cases from around the country.


“Nobody thought we would get this far. I have my family, my community, which has had my back since day one.” — Martín Batalla Vidal
On Monday, Batalla Vidal planned to arrive to Washington on a bus with his mother to join representatives from colleges, civil rights groups, Democratic-led states and individuals who also sued. On Tuesday, he will sit at the Supreme Court to hear oral arguments.
“Nobody thought we would get this far,” he said after speaking last week in a conference at LaGuardia Community College, where he studies criminal justice as an undergraduate student. “I have my family, my community, which has had my back since day one.”
Batalla Vidal crossed the Mexico border when he was 7 years old with his mother and a brother. He has two other brothers who are U.S. citizens.
After going to high school in Brooklyn, he said he worked making deliveries at a deli and later at a gym to save for college, and later on to support his single mother who has thyroid and osteoarthritis.
Batalla Vidal also joined Make the Road New York, a nonprofit group that defends immigrant rights. Lawyers from the organization, along with the Worker and Immigrant Rights Advocacy Clinic of Yale Law School and the National Immigration Law Center filed the 2016 lawsuit.
“His bravery and commitment to justice for our communities throughout this legal fight have been admirable and captured the attention of people all over, thousands of whom sent him messages of support after he received hate-filled messages for suing Trump,” said Marielena Hincapié, executive director of the National Immigration Law Center. “Martín is fighting for the freedom to thrive and be himself in this country, which is his home.”