Residents of Mexican Town Struggle With Fear After Massacre 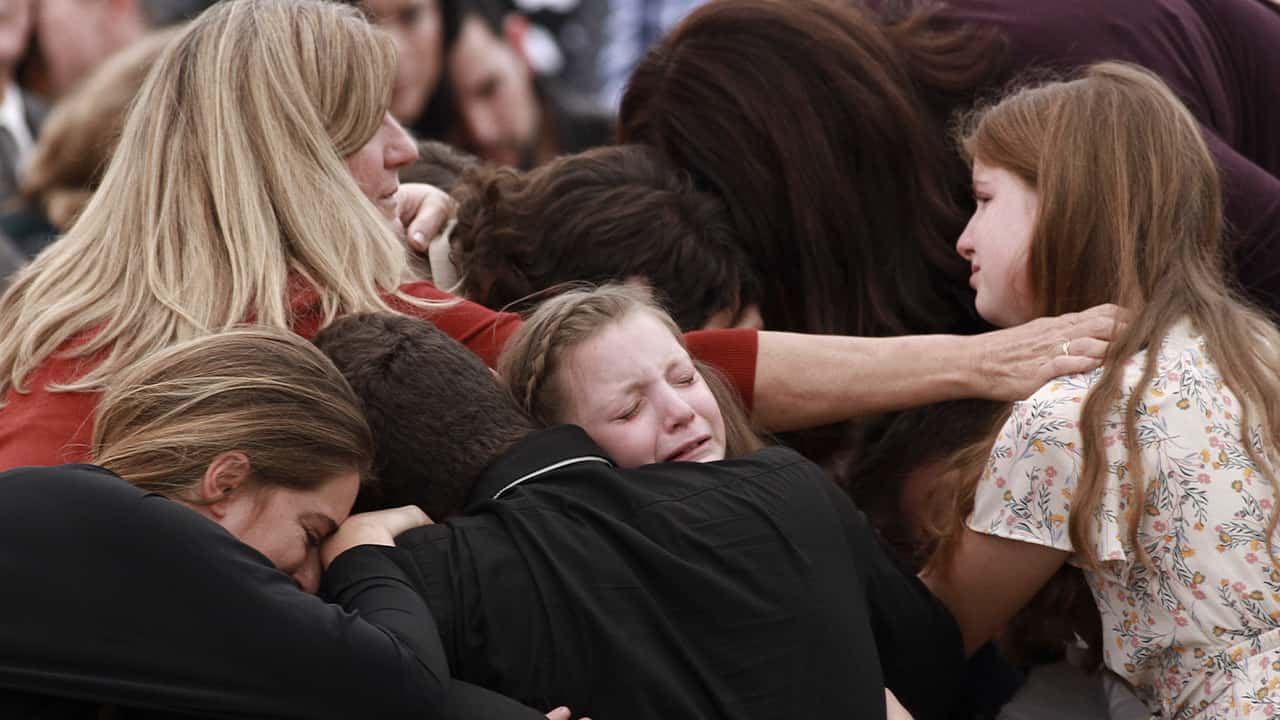 LA MORA, Mexico — After holding funerals for and burying some of the nine American women and children slain in a cartel ambush, residents of this town of about 300 are coming to grips with the fear the attacks inspired among the tightly knit community.

Colonia LeBaron Is Home to Farmers of Crops Like Pecans, Alfalfa and Cotton

On Friday, the bodies of Rhonita Miller and four of her children, all of whom also were murdered on the road between La Mora and Chihuahua state, were being taken back across that same dirt-and-rock mountainous pass in a convoy of pickups and SUVs for burial in Colonia LeBaron, which awoke under a persistent drizzle as locals made ready to head to the cemetery.
Miller was eulogized as an “innocent spirit, beautiful heart” and a woman whose laugh “could light up a room.”
Son Howard Jr. loved basketball and recently was delighted to make his first three-pointer; daughter Kristal was “the apple of her daddy’s eye;” twins Titus and Tiana, born March 13, were remembered as “two perfect angels in the first precious moments of their lives.”
La Mora and Colonia LeBaron are intertwined by decades of marriages and births, and share a sense of community as English-speaking, dual-citizen Mormons living in Mexico, even if there’s variety from family to family on actual religious views and practices. An offshoot of The Church of Jesus Christ of Latter-day Saints, they are not affiliated with the mainstream church.
Set on a highway running through the northern state of Chihuahua, Colonia LeBaron is home to farmers of crops like pecans, alfalfa and cotton. The state is also home to drug cartels who smuggle their goods across the border to the United States, and at times war over territory.
Gunmen from the Juarez drug cartel had apparently set up the ambush as part of a turf war with the Sinaloa cartel, and the U.S. families drove into it. A boy pauses as he speaks next to the coffins of Dawna Ray Langford, 43, and her sons Trevor, 11, and Rogan, 2, who were killed by drug cartel gunmen, during the funeral at a family cemetery in La Mora, Sonora state, Mexico, Thursday, Nov. 7, 2019. Three women and six of their children, all members of the extended LeBaron family, died when they were gunned down in an attack while traveling along Mexico’s Chihuahua and Sonora state border on Monday. (AP Photo/Marco Ugarte)

Mexican officials said the attackers may have mistaken the group’s large SUVs for those of a rival gang, but community members dispute that and say they have proof the attackers knew they were targeting women and children.