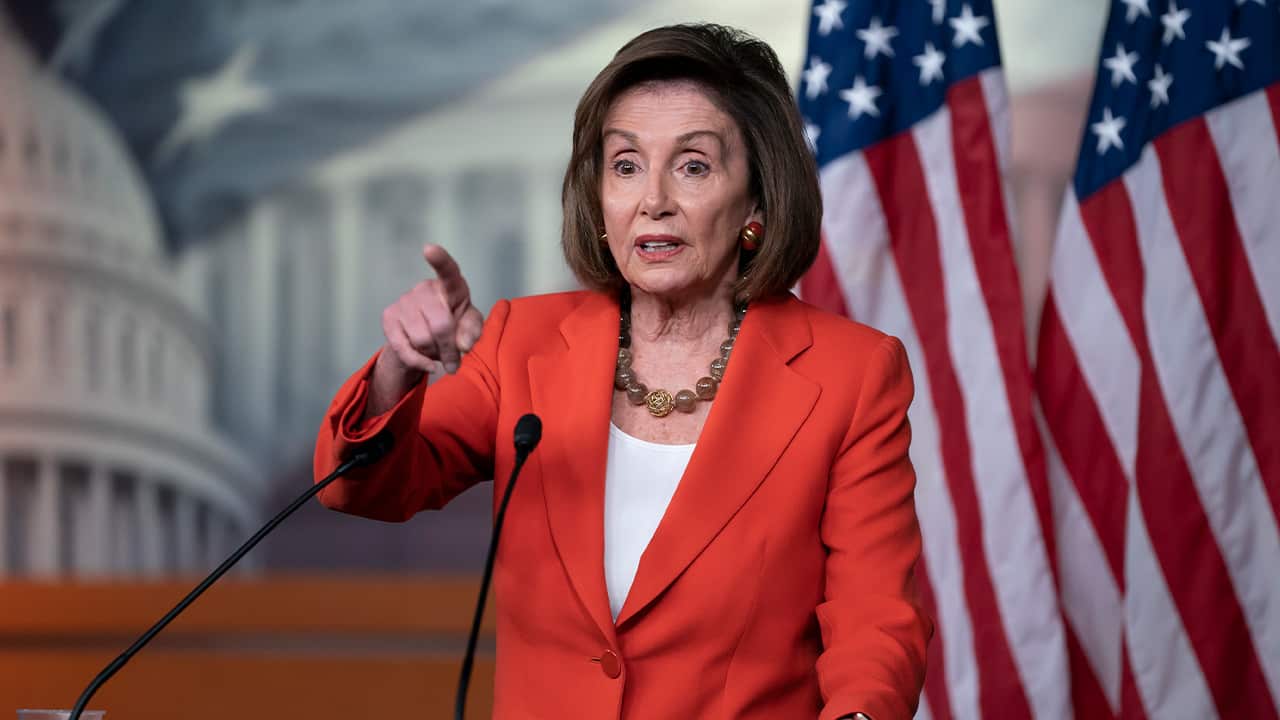 WASHINGTON — Democrats rammed a package of ground rules for their impeachment inquiry of President Donald Trump through a sharply divided House Thursday, the chamber’s first formal vote in a fight that could stretch into the 2020 election year.

House Minority Leader Kevin McCarthy, R-Calif., said Trump had done nothing impeachable and accused Democrats of trying to remove him “because they are scared they cannot defeat him at the ballot box.” Noting that elections are just a year away, he added, “Why do you not trust the people?”
No. 3 House GOP leader Steve Scalise, R-La., accused Democrats of imposing “Soviet-style rules,” speaking in front of a bright red poster depicting the Kremlin.
The investigation is focused on Trump’s efforts to push Ukraine to investigate his Democratic political opponents by withholding military aid and an Oval Office meeting craved by the country’s new president.
Democrats said the procedures — which give them the ability to curb the president’s lawyers from calling witnesses — are similar to rules used during the impeachment proceedings of Presidents Richard Nixon and Bill Clinton. Republicans complained they were skewed against Trump.
It is likely to take weeks or more before the House decides whether to vote on actually impeaching Trump. If the House does vote for impeachment, the Senate would hold a trial to decide whether to remove the president from office.
Both parties’ leaders were rounding up votes as Thursday’s roll call approached, with each side eager to come as close to unanimity as possible.
Republicans said a solid GOP “no” vote would signal to the Senate that the Democratic push is a partisan crusade against a president they have never liked.

Republicans Said They’d Use the Vote to Target Freshman Democrats

Democrats were also hoping to demonstrate solidarity from their most liberal elements to their most moderate members. They argued that GOP cohesion against the measure would show that Republicans are blindly defending Trump, whatever facts emerge.

That panel would issue a report and release transcripts of the closed-door interviews it has been conducting.
The Judiciary Committee would then decide whether to recommend that the House impeach Trump.
According to the rules for hearings, Republicans could only issue subpoenas for witnesses to appear if the entire panel approved them — in effect giving Democrats veto power.
Attorneys for Trump could participate in the Judiciary Committee proceedings. But in a bid for leverage, panel Chairman Jerrold Nadler, D-N.Y., would be allowed to deny “specific requests” by Trump representatives if the White House continued refusing to provide documents or witnesses sought by Democratic investigators.
The rules also direct House committees “to continue their ongoing investigations” of Trump.
Top Democrats think that language will shield their members from weeks of Republican complaints that the inquiry has been invalid because the House had not formally voted to begin that work.
Democrats have said there’s no constitutional provision or House rule requiring such a vote.