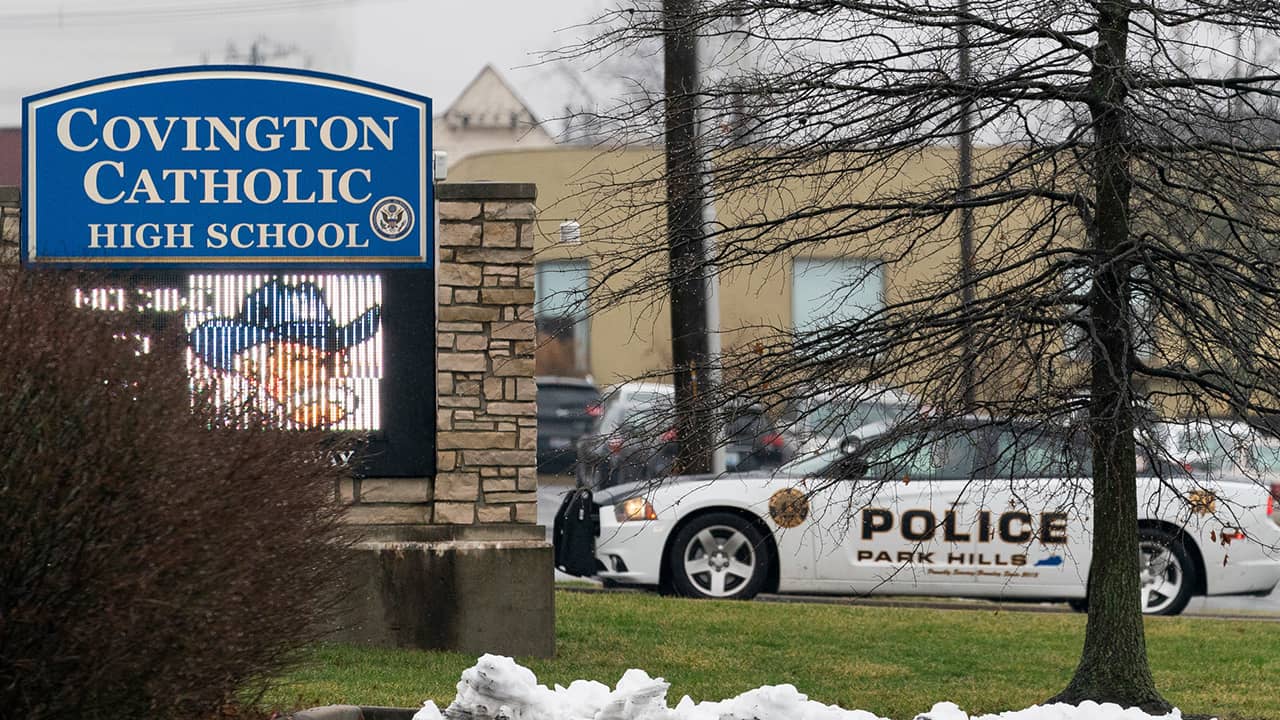 COVINGTON, Ky. — A Kentucky boys’ school shut down its campus on Tuesday as a precaution and a small protest was held outside their diocese as fallout continued over an encounter involving white teenagers, Native American marchers and a black religious sect outside the Lincoln Memorial last week.
President Donald Trump tweeted early Tuesday that the students at Covington Catholic High School “have become symbols of Fake News and how evil it can be” but says he hopes the teens will use the attention for good, and “maybe even to bring people together.”

Nick Sandmann and the students of Covington have become symbols of Fake News and how evil it can be. They have captivated the attention of the world, and I know they will use it for the good – maybe even to bring people together. It started off unpleasant, but can end in a dream!

The recorded images that initially generated outrage on social media were tightly focused on the students wearing “Make America Great Again” hats who seemed to laugh derisively as they surrounded an elderly Native American beating a drum.
Longer videos from wider perspectives emerged later over the Martin Luther King holiday weekend. They revealed that the drummer — Omaha Nation elder Nathan Phillips — had intervened between the boys and the religious sect, at a moment when the teens seemed to be getting rowdier and the black street preacher with a megaphone who had been making racist statements against both groups was escalating his rhetoric.
Soon, all sides were pointing fingers, speaking their own truths about feeling victimized and misunderstood.
“We just don’t know what the volatility of the situation is with these people that react and they don’t know the full story. And it’s very scary,” Jill Hamlin of Cincinnati, who was there to chaperone as the boys attended an anti-abortion rally, told FOX News Tuesday morning.

The American Indian Movement Chapter of Indiana and Kentucky held a small protest outside the Roman Catholic Diocese of Covington, with activists outnumbered by the media. Meanwhile, the school’s principal, Robert Rowe, said that “after meeting with local authorities,” they decided to close the campus “to ensure the safety of our students, faculty and staff.”