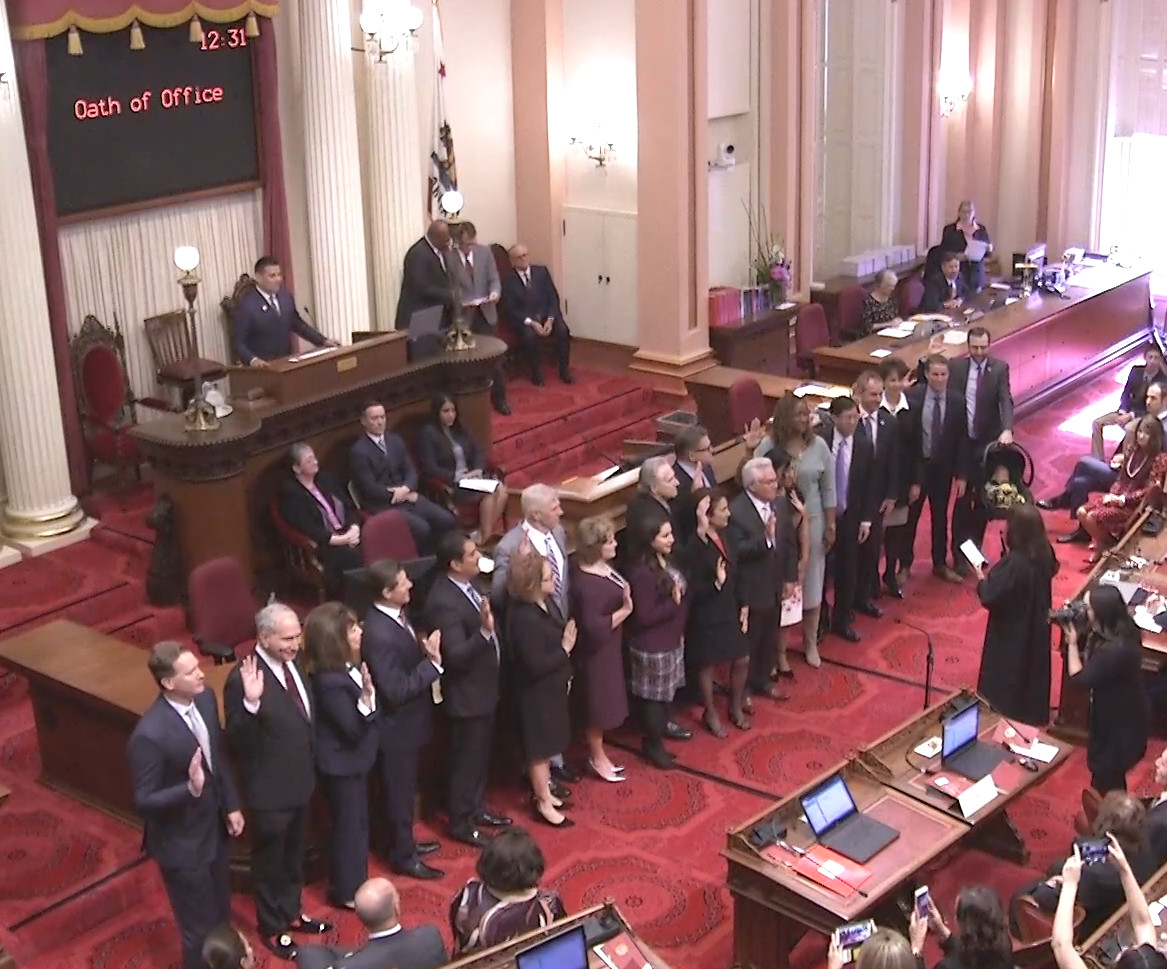 The California state Legislature was back at work, albeit for a ceremonial session.
As mandated by the state Constitution, all 80 Assembly members and the 20 newly elected senators were sworn into office Monday by Attorney General Xavier Becerra and Chief Supreme Court Justice Tani Cantil-Sakauye, respectively.
Among the senators were the four who represent the Central Valley, all new to the office — Andreas Borgeas (R-Fresno), Melissa Hurtado (D-Sanger), Anna Caballero (D-Salinas), and Shannon Grove (R-Bakersfield).
Borgeas won election to represent parts of the city of Fresno and Madera County, as part of sprawling District 8. He replaced termed-out Sen. Tom Berryhill of Modesto.
Hurtado unseated incumbent Andy Vidak for District 14, which covers parts of the city of Fresno, eastern Fresno County, parts of Tulare and Kern counties, and all of Kings County.
Caballero defeated Rob Poythress for the open District 12 seat, which covers parts of western Fresno County, much of Madera County, all of Merced County, and extends to the coast.
Grove’s District 16 represents parts of Tulare County, including the cities of Tulare, Exeter, and Visalia; parts of Kern County, and even a slice of San Bernardino County.

Termed-out Democratic Gov. Jerry Brown sat in the corner of the Senate during the proceedings while governor-elect Gavin Newsom joined for parts of the festivities in both chambers.
Lawmakers’ friends and families milled about on the chamber floors ahead of the swearing-in and some legislators held their young children on their laps as they took the oath of office.

Cantil-Sakauye administered the oath inside the Senate chambers. Afterward, Borgeas’ two sons jumped in and hugged their dad.
After the hugs and handshakes, the Senate and the Assembly got down to business, sort of. The bodies took votes, but only to officially select leadership. The groups adjourned and will begin for real Jan. 7.
(Associated Press Contributed to this report.)

What Are the Best Toys for Tots? Think Old School.