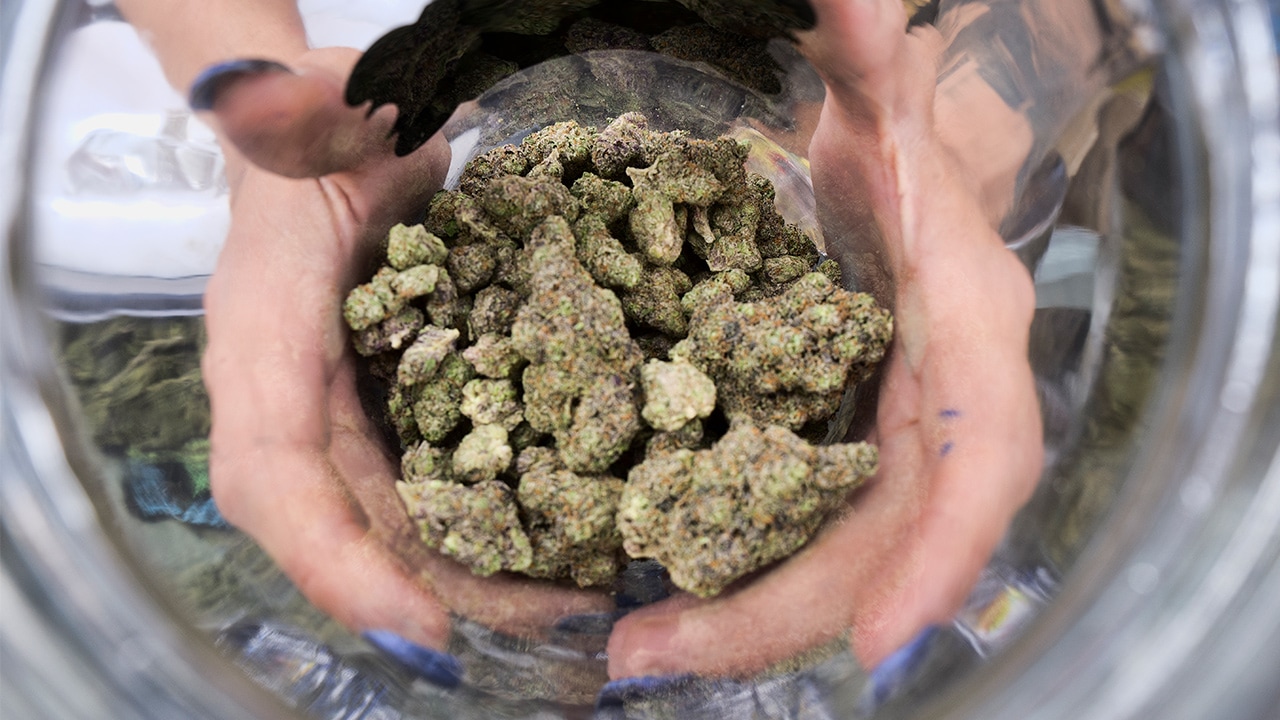 LOS ANGELES — The nation’s largest legal marijuana market is struggling.
Illicit sales continue to thrive. A shaky supply chain has customers looking at barren shelves in some shops. There are testing problems. And a proposal to allow home marijuana deliveries in cities that have banned pot sales could lead to a courtroom fight.
A Los Angeles hearing Tuesday provided a window into the state’s emerging cannabis economy, in which early enthusiasm for broad legal sales has been followed by anxiety and frustration across a swath of the industry.
The state’s top marijuana regulator, Lori Ajax, said after the hearing that the state remains in a challenging transition period as it attempts to transform what was once a largely illegal market into a multibillion-dollar, regulated economy.
“Unfortunately, there is confusion out there,” Ajax said.

California kicked off broad legal sales on Jan. 1, and since then temporary rules have governed sales, growing and manufacturing of everything from pot-spiked munchies to infused lotions and balms. The state is now considering changes to those rules, though it’s likely to take months before any revisions go into effect.
At the hearing, dozens of marijuana business owners, industry lawyers, activists and consumers each got 90 seconds to tell Ajax what needed to be done to create a more orderly, fair and, hopefully, prosperous marketplace.
Over two hours, she heard complaints about big business threatening mom-and-pop shops, a shortage of licenses and various suggestions for revamping testing rules that are intended to ensure the quality of products that reach store shelves.
Others complained about shifting rules for packaging.
A string of speakers focused on a proposed change in state rules that the League of California Cities says would allow unchecked home marijuana deliveries in places that have banned local pot sales.
To its critics, the change would create an unruly world of shady sales, but supporters say too many Californians are cut off from legal pot, even in a state where voters overwhelmingly approved it.

The fledgling legal system has created a patchwork of local laws, with some cities and counties embracing legal cannabis while others have limited sales or outlawed all commercial pot activity. That’s created so-called pot deserts, where sales are forbidden.


“The patients are citizens too. They have rights and they have needs.”— Sarah Armstrong, member of Americans for Safe Access, an advocacy group
Mina Layba, from the Los Angeles suburb of Thousand Oaks, said the proposal would conflict with a local law that bans deliveries. If approved, she said it would undercut licensed shops.
“Who then gets the benefit of taxes from deliveries?” she asked.
The state Bureau of Cannabis Control has said it is merely clarifying what has always been the case: that a licensed pot delivery can be made to “any jurisdiction within the state.”
But others said the sickly and frail can’t travel to make a cannabis purchase, making home delivery essential, especially in places that don’t offer legal shops nearby.
Related Topics:bannedCaliforniacannabisillegal marketmarijuanamarijuana marketpotsales
Up Next