As my family drove back to Fresno on a cross-country RV trip, we headed down I-5. Initially, I thought the white plumes were coastal fog. The campfire smell proved otherwise.

Upon my return to Fresno, I realized the thing I will miss the most about our travels across the Pacific Northwest is the blue skies and clean air. The gross haze isn’t just confined to the Central Valley. It permates the skies throughout Sacramento and into the Jefferson region of Northern California, as well.

For our last stop before returning home, we stayed at an RV resort in Red Bluff in Tehama County. In the lobby, various products like basic toiletries and dog food lay across a table. “Take what you need,” read the sign.

I met a woman at the hot tub (don’t worry, my wife was with me), who was staying at the RV park because her home burned down. She wasn’t the only Carr Fire victim encamped at RV resorts. I felt a twinge of guilt that my family’s recreation was taking the spot of a displaced victim.

The woman told me that living in that part of California, fire danger comes with the territory. She had anticipated this moment for over a decade. She knew the drill: gather the pictures and birth certificates, have the safe with important papers ready to go.

She lost her home, but thankfully no one got hurt. The fire destroyed everything except the backyard trampoline. They have enough to survive for now. School starts next week, and she plans to move in with her parents who live close by so her kids can return to a more normal life.

The only hitch in her long-planned escape from the wildfire was a problem with connecting the RV to the truck. She had an issue with the hitch, which she solved by borrowing a friend’s truck. 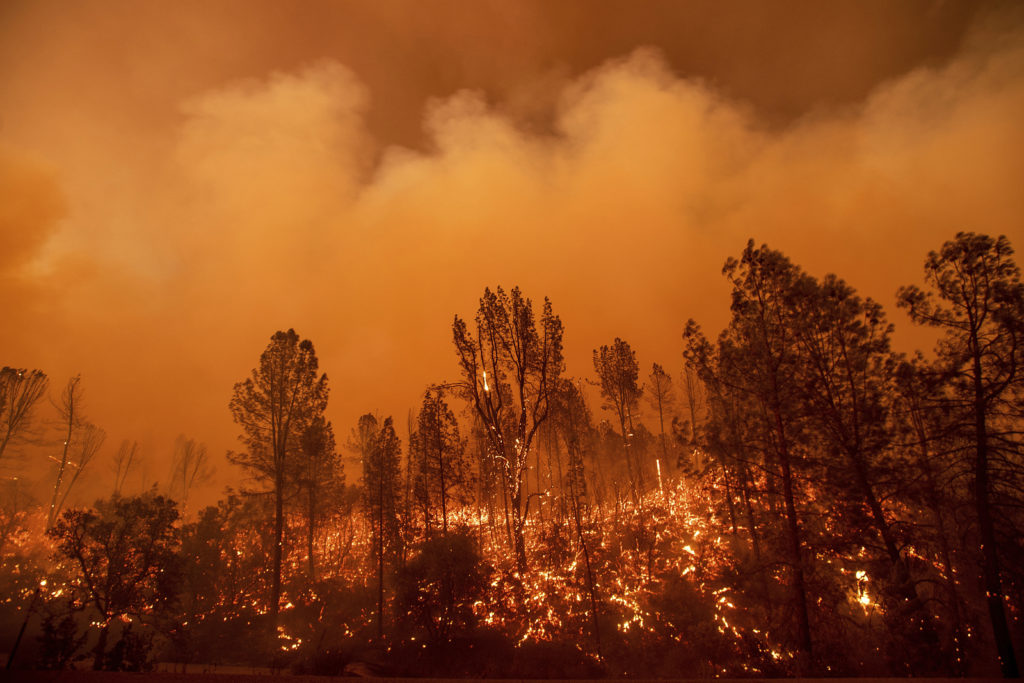 The woman did wonder aloud about fire management issues that everyone from President Trump on down seems to be talking about.

On nearby overpass in Jefferson, well-wishers hung signs in appreciation of the efforts of firefighters and first responders.

For the woman I met in the hot tub, she never showed any self-pity. No negative emotion graced her face. She boldly stated she plans to rebuild her house — this time out of brick.

Despite the cramped conditions, optimism returned to her voice when talking about a planned girls’ night out of town. Initially, the vacation included an RV trip around the state. After spending so much time in her own RV, the itinerary changed to a wine tasting. They will drive and stay in a hotel instead.